Over the past 20 years, Houston's higher education institutions have significantly increased capacity and graduation rates. Institutions, in partnership with business, have maintained a regional focus on developing tomorrow's workforce through education of and preparation for high-demand careers. The momentum must continue in order to build a regional workforce to support a strong, diverse 21st century economy.

The Greater Houston HUB is an initiative that unites higher education and business leaders focused on:

The Greater Houston HUB is committed to increased strategic collaboration between industry and higher education institutions to sustain the region’s prolonged academic and economic growth. 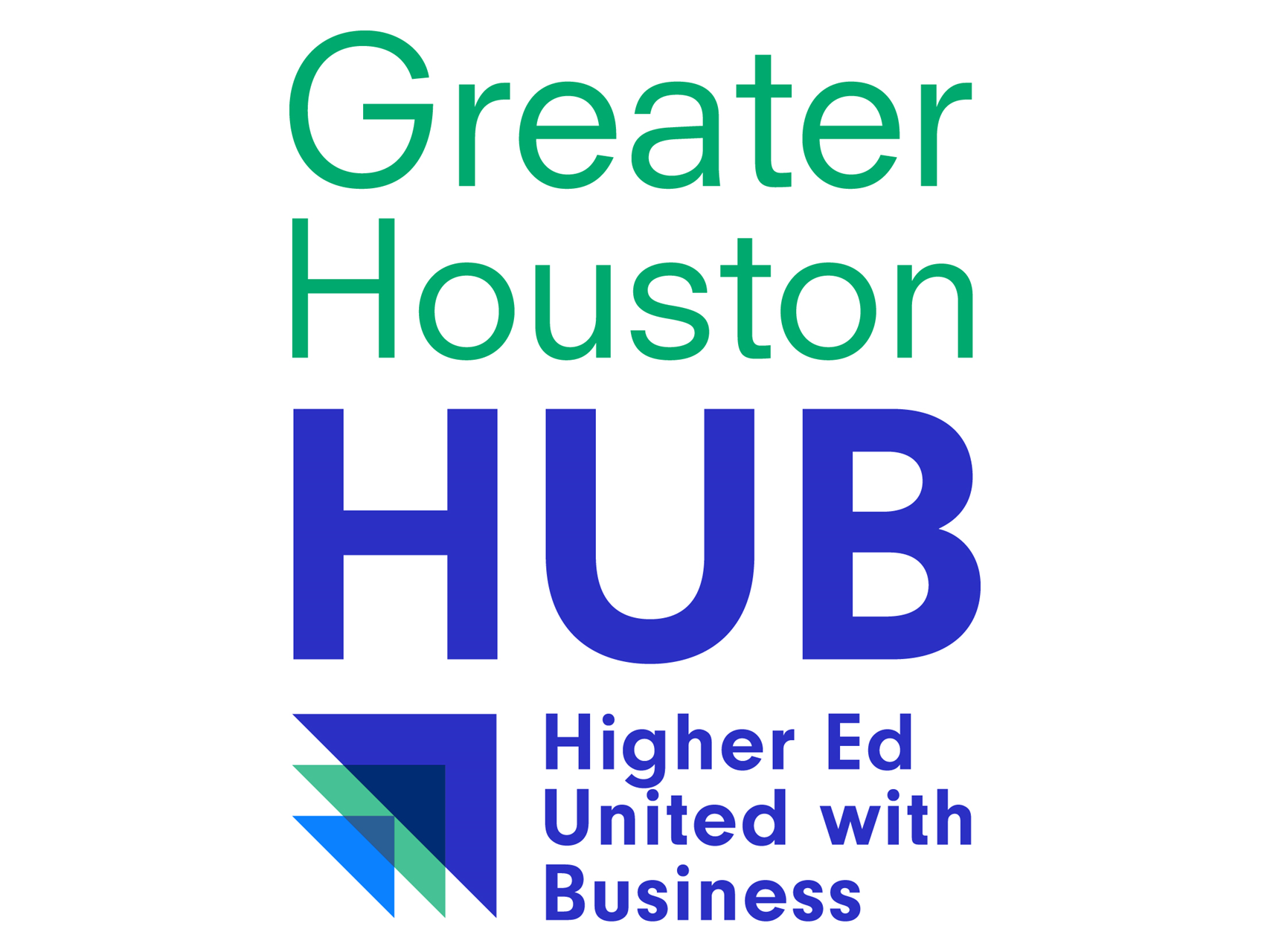 On the Blog
HYPE

The Greater Houston HUB has bold goals for bolstering Houston's higher education ecosystem. Here's how success will be measured:

Working with the Partnership and business community...is going to be important to helping our institutions develop more capacity and expertise to engage those looking for new career opportunities.
Dr. Harrison Keller, Commissioner of the Texas Higher Education Coordinating Board at 2020 State of Education 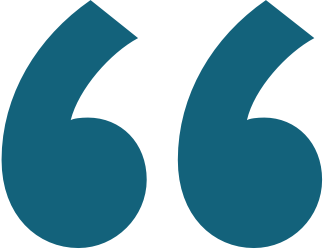 To understand how the public higher education institutions have responded to the pandemic and to hear the state’s perspective on higher education at a systems level, the Partnership hosted Commissioner Harrison Keller of the Texas Higher Education Coordinating Board (THECB) for its annual State of Education event.

A look at higher education statistics in the Houston metro region.

A look at the Partnership's objectives around higher education.

An Overview of Higher Education in Greater Houston

An in-depth look at higher education in the region including enrollment, graduation rates and degree metrics.

The Tokyo Olympics, postponed last year due to COVID-19, kicks off July 23 and features over 11,000 athletes from around the world. More than 500 athletes will represent Team USAÂ from across the country, includingÂ notable Houston athletes such as Simon Biles, Lawson Craddock and Kelley Hurley.Â  As the world looks to Tokyo for this summerâs major sporting event, weâre taking a look back at some of the world-renowned Houstonians who competed in the Games. Here are five remarkable Olympic athletes from Houston who elevated the nation's fourth largest city to this international stage. Click to expand Photo courtesy of Zina Garrison's official webpage (zinagarrison.org) Zina Garrison The professional tennis player, who reached a career high No. 4 world ranking in 1989, represented the U.S. at the 1988 Seoul and 1992 Barcelona Olympic Games. In 1988, Garrison brought home a gold medal in doubles and a bronze in singles. Garrison was also a runner-up at Wimbledon 1990, where she was the first African-American woman since Althea Gibson to reach the Grand Slam final, and a three-time Grand Slam mixed doubles champ.Â  Garrison grew up playing tennis at Macgregor Park in Houstonâs Third Ward, which now honors her legacy with the Zina Garrison Tennis Academy. She also founded the Zina Garrison Foundation for the Homeless and the Zina Garrison All-Court Tennis Program. Click to expand Photo courtesy of George Foreman's official webpage (georgeforeman.com) George Foreman Raised in Houstonâs Fifth Ward, 19-year-oldÂ Foreman won the heavyweight gold medal in boxing at the Mexico City 1968 Olympic Games as an amateur. Foreman boxed at a professional level from 1969 until 1997. His career finished with a record of 76-5, including 68 wins by knockout. In 1983, Foreman founded the George Foreman Youth and Community Center in North Houston, dedicated for kids to be active and involved in educational activities. Click to expand Photo courtesy of Carl Lewis' official webpage (carllewis.com) Carl Lewis The University of Houston alum won nine Olympic gold medals, a silver and 10 World Championship medals in track and field. Voted as the âWorld Athlete of the Centuryâ by the International Association of Athletics Federation and as âOlympian of the Centuryâ by Sports Illustrated, LewisâÂ successful career led him to become one of the greatest athletes to ever emerge from the University of Houston. Lewis continues to hold UHâs records for indoor 55-meter dash (6.07s) and indoor-and-outdoor long jumps (28â-1â, 28â-3.5â). The former Olympian now full-time assistant coach with UHâs track and field team.Â  Click to expand Photo courtesy of University of Texas' Track & Field and Cross Country Twitter page (@TexasTFXC) Carlette Guidry-White Born in Houston, Guidry-WhiteÂ won gold medals in the 4x100 meter relay at the 1992 Barcelona and 1996 Atlanta Olympics. Her speed, physique and dedication also won her a gold medal in the 1995 Gothenburg World Championships.Â  Guidry-White, aka âMs. Turboâ, currently holds the American record for 4th best indoor 60-meter (7.04 sec) and 200-meter (22.73 sec), and 8th best outdoor 200-meter (22.14 sec). After a successful career as a sprinter, she pursued a career in social work, returning to the professional path she once paused to excel as an athlete.Â  Click to expand Photo courtesy of Simone Biles' official Facebook page Simone Biles Biles, with a total of 30 Olympic and World Championship medals, is heading into the Tokyo Olympics with a winning record. Recently described as âthe greatest gymnast of all timeâ by TimeÂ Magazine, Biles continues to elevate the standard for the world of gymnastics. At the Rio 2016 Olympic Games, she became the first female U.S. gymnast to win four gold medals at single games. Biles is also the first gymnast to win three consecutive world all-round titles. With Michael Phelps and Usain Bolt retired, Biles is the biggest singular athlete to follow at this yearâs Games.Â  Learn more about Houstonâs sports and recreation scene.
Read More

If you've ever watched 'The Daily Show,' or other late night TV programs,Â then you've most likely seen the product of a small business born right hereÂ in Houston. SnapStream is a tech company that serves as a real-time news and media search engine. It's being used by national news, media and other organizations to quickly capture, search, create and share video clips. The small business has seen tremendous growth since it launched in 2000. In just the last four years, the SnapStream's revenue has grown about 40% every year.Â  On this episode of theÂ Small Biz InsiderÂ podcast, we talk with SnapStream Founder and CEO Rakesh Agrawal about how 'The Daily Show' was an inflection point and how an internal focus on the businessÂ has driven growth and success. On 'The Daily Show' choosingÂ SnapStream in 2010 Agrawal said the company's relationship with the late night TV program began a decade ago.Â 'The Daily Show' was upgrading to high definition and redoing the system they used to acquire clips. The program selected SnapStream over two other companies. Agrawal said it was a great inflection point for SnapStream. âActually in a lot of ways, how [the Daily Show] used our product also shaped our product," said Agrawal.Â We built a lot of the capabilities and software for The Daily Show. They were an early customer." On SnapStream's "secret sauce" âI think the sort of âsecret sauceâ of SnapStream is making it easy for organizations to find the key moments and then very quickly," said the SnapStream CEO. "Speed is a key element of what we deliver to our customers because in the news and media industry, you need to be able to turn things around quickly. You have to do more with less.â On what makes Houston a great place to live and build a business "There's so many things I love about Houston," said Agrawal.Â "I've chosen to live in Houston and be in this community. At a personal level, I love food in Houston and the restaurant scene. I'm a foodie and there's great, amazing creatives in Houston on the food scene." The SnapStream founder added Houston also has a lot of great resources for business owners. "You just have to go out and find them. You have to build the network.â Small Biz Insider is presented by:Â  Â  Learn more about the Partnershipâs Small Biz Matters business resource group and get information about how your organization can become a member today.Â  The Small Biz InsiderÂ podcastÂ is part ofÂ our digital series highlighting entrepreneursÂ in the greater Houston region who are making a big impact in the small business community. FollowÂ Small Biz InsiderÂ through these popular podcast players so you never miss a new episode:Â  Listen on Apple Podcasts Listen on Google Podcasts Listen on Spotify
Read More

Power up with Houston's Business Elite. Jump start your day with a hearty breakfast and Houston's powerhouse corporate leaders at HYPE's Power Hour. Join us and gain insight into the career paths,…