About
/
Board of Directors
/
Brian Scott Coffman 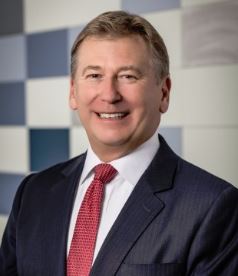 Brian Coffman was appointed President and Chief Executive Officer of Motiva Enterprises LLC in January 2018. Headquartered in Houston, Texas, Motiva is a leading refiner, distributor and marketer of transportation fuels and lubricant base oils in the Eastern, Southern, and Gulf Coast regions of the United States. Motiva is a wholly owned subsidiary of U.S. affiliates of Saudi Aramco. Prior to his current role he was the Senior Vice President of Refining at Andeavor (formerly Tesoro) where he provided strategic operational leadership to the refinery portfolio. Prior to that, he spent 30 years with Conoco serving in a variety of domestic and foreign leadership roles in refining, transportation, pipeline, marketing, and strategy and planning. Brian is also a veteran who served 8 years in the U.S. Air Force and Utah Air National Guard prior to beginning his career in the oil and gas industry He earned a Bachelor's of Science degree in Finance from Brigham Young University and an MBA from Utah State University.