About
/
Board of Directors
/
Carol A. Hess 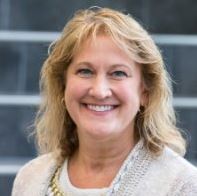 Carol Hess is the Vice President, Worldwide Mobility Product Management and Business Operations. In this role, she is responsible for HP’s Mobility Products from the plan-of-record, though launch, and the end-of-life. This includes commercial and consumer mobility products such as 2:1 detachables, tablets, phablets, phones and next generation computing devices. She also has responsibility for developing specific HP mobility products for the unique emerging India and China markets.

During her 28 years at HP, Carol was the VP of the HP Commercial Notebook and Convertible business, where she was responsible for the planning, launching, and sustaining activity of the HP Commercial Notebook business. She was also the Director of Strategy, Planning, and Operations for the Americas Region. From 2000 • 2004, Carol was Director of Industry Standard Servers in Europe, the Middle East, and Africa (EMEA), located in Munich, Germany. Carol joined Compaq in 1989 in Houston, Texas. In addition to her work at HP, Carol often speaks on panels and shares career advice and her work experiences. She was one of three executive sponsors to start the Houston Chapter of “Women@Work”. While at HP in Germany, she initiated and led a similar group, the first European “Women’s ERG Group.” She is a mentor to several more junior employees at HP.

Outside of HP, Carol is on the Board of Directors of the Greater Houston Partnership and the Texas Diversity Council and was the Vice President on the Board of Directors of the Houston Attention Deficit Disorder Association (ADDA) through 2016. Carol is a member of the Houston Executive Women’s Partnership (EWP) through the Greater Houston Partnership. Carol’s civic and professional honors include the “Top 15 Women in Business”award from the National Diversity Council to be awarded in September 2017; Houston Women’s Magazine “Top 50 Most influential Women of Houston” in 2013; Association of Women in Computing (AWC) Award for Leadership in Technology in 2005.

On a personal level, Carol’s interests include family, giving back, international and domestic travel, wine tasting, antiquing, cooking, and skiing. She is a regular “Commit for Life” blood donor. Carol holds a Masters of Business Administration Degree in Marketing and Management Information Systems (MIS) from The Owen School of Management
Vanderbilt University and a Bachelor of Arts in General Business from Michigan State University.