About
/
Board of Directors
/
Carrin F. Patman 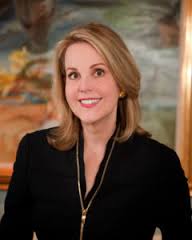 Carrin Patman is chair of the Metropolitan Transit Authority of Harris County. She is METRO's first woman chair, appointed in 2016 by Mayor Sylvester Turner. She previously served on the board from 2010 to 2013. As chair, Carrin led the successful passage of the $3.5 billion METRONext bond measure. METRONext calls for 500 miles of travel improvements in the region over the next 20 years. Carrin was a partner of Bracewell where for three decades she worked as a trial lawyer representing diverse clients in major litigation involving commercial disputes, securities matters, antitrust and competition issues, and regulatory compliance. She was the first woman elected to the firm's seven-member Management Committee. Carrin retired from Bracewell in 2016.

Carrin graduated from Duke University (with honors) and from the University of Texas School of Law (Texas Law Review). In 2014, Carrin completed a year long Advanced Leadership Fellowship at Harvard University. One area of focus concerned transportation (including urban transit) and infrastructure. She is also an American Leadership Forum Senior Fellow (Class XXIX).

Carrin's civic involvement reflects her passion for community service. She is a founding board member of the Center for Women in Law at the University of Texas School of Law and a senior trustee of the UT Law School Foundation. Some prior activities include serving as a board or executive committee member of the University of Texas Health Science Center at Houston Development Board, Houston Center for Contemporary Craft, Legacy Community Health Services Endowment, Texas Appleseed, Girls Inc. of Greater Houston and Sheltering Arms Senior Services. Carrin was vice chair of the Houston Bar Foundation, and former president of the University of Texas Law Alumni Association and UT Law Review Association. Carrin has chaired or co-chaired fundraising events for worthy causes, including for Interfaith Ministries of Greater Houston, American Leadership Forum, the Texas Defender Service, the Houston Area Women's Center, Girls Inc. of Greater Houston, the Houston Center for Contemporary Craft, and the Houston School for Deaf Children (now the Center for Hearing and Speech).

Carrin's awards for professional achievements and community service include becoming the first woman to receive the Karen H. Susman Jurisprudence Award, given by the Anti-Defamation League Southwest Region. In 2000, she was selected as a Woman on the Move by the Houston Chronicle, Channel 11 and Texas Executive Women. In 2012, she was inducted into the Greater Houston Women's Chamber of Commerce Hall of Fame. In 2018, Carrin was named Distinguished Alumna for Community Service by the University of Texas Law School Alumni Association. In 2019, The Houston chapter of WTS, which is dedicated to advancing woman in transportation named Carrin as Woman of the Year.