About
/
Board of Directors
/
Gerald B. Smith 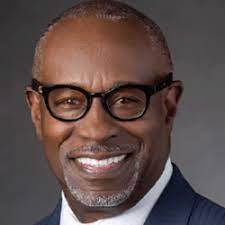 Mr. Smith has more than 35 years of experience in the investment industry. Prior to launching Smith Graham & Co. in 1990, he served as Senior Vice President and Director of Fixed Income for Underwood Neuhaus & Company. His past executive experience also includes First Senior Vice President and Director of Marketing & Sales for Westcap Corporation and Vice President of Dillon Read & Co., New York. A founding member of the New York Futures Exchange, Mr. Smith worked with institutional investors to hedge their interest rate risk by using financial futures. A graduate of Texas Southern University with a BBA in Finance, Mr. Smith has a long history of giving back to the community through his service with numerous civic and community organizations. Mr. Smith currently serves as Chair of the Texas Southern University Foundation; and, Treasurer of the National Association of Securities Professionals (NASP) Board of Directors. He is also a member of the Greater Houston Partnership Board of Directors where he serves as Chairman of the Transportation Policy Committee. Former affiliations included the Museum of Fine Arts - Houston, Board of Trustees; the Houston Metropolitan Transit Authority (METRO) Vice Chair of the Board of Directors and Chair of the Finance and Audit Committee, M.D. Anderson Cancer Center Executive Committee, and Founding Chairman of the Houston Museum of African American Culture. In addition to his company and community work, Mr. Smith dedicates time to corporate service, having sat on the boards of Pennzoil-Quaker State, Rorento Fund, N.V., Rotterdam, Netherlands, and First Interstate Bank of Texas. He currently is a member of the Board of Trustees and Chair of the Investment Oversight Committee for The Charles Schwab Family of Funds; Deputy Chairman and Lead Independent Director for Cooper Industries; Board Director of ONEOK Partners, MLP and ONEOK Inc. He is also a member of the Federal Reserve Bank of Dallas Board of Directors, Houston Branch. He has been inducted into the National Black College Alumni Hall of Fame for achievements in the field of Business. He has been consistently recognized by Black Enterprise as one of the Most Influential Blacks on Wall Street. The National Association of Securities Professionals awarded him the Maynard Holbrook Jackson, Jr. Award for the financial service professional that best exemplifies entrepreneurial achievement, community service and high moral standards. Some of his many other honors include: United Way Volunteer of the Year, the National Black MBA's Leadership Empowerment Award, YMCA Annual Tribute to Leadership Award, and the Community Partner's "Father of the Year" Award.