About
/
Board of Directors
/
J. Antonio "Tony" Canales 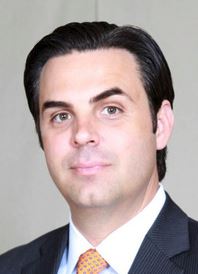 Tony Canales is the President and General Manager of Telemundo 47 Houston / KTMD, the NBCUniversal-owned television station that serves Spanish-language viewers in the Houston market. Since being named to his role in 2012, Canales has been responsible for managing the station's news, sales, marketing, engineering, finance, human resources and community relations operations.

Under his leadership, the station has seen a significant expansion in its local news operations, thanks to an investment made by NBCUniversal in its Telemundo stations to better serve Spanish-language communities. The investment has enabled the station to hire additional journalists, upgrade news equipment, launch new weekday newscasts at 11 AM, 4 PM and 4:30 PM, and two half-hour weekend newscasts 5 PM and 10 PM, which have expanded local news coverage to seven days a week. The station also created a new consumer investigative unit, Telemundo Responde, charged with fighting for consumers who have been wronged that has already recovered more than $13.6 million for consumers in eighteen markets, and $1.6 million only in Houston. Canales' efforts have also resulted in creating strategic partnerships with various professional sports teams, key local organizations and various media companies within the Houston area.

Prior to joining Telemundo, Canales served as Vice President and General Manager for the Azteca America Houston affiliate, KYAZ, from 2010 to 2012. He also worked at Univision Communications for over nine years, holding various positions including Vice President and General Manager of KWEX and KNIC in San Antonio. Canales served as General Sales Manager from 2006 to 2009 and was a member of Univision's national sales team from 2001 to 2004, before being appointed to serve as the first national sales manager at KAKW and KBVO in Austin, Texas. Before his broadcast industry roles, Canales worked as an Account Supervisor at an advertising agency where he executed strategies and solutions for DaimlerChrysler automotive and Modelo beer brands.

Canales is actively involved in community efforts and serves on several boards, including Houston Hispanic Chamber of Commerce, Greater Houston Partnership, Better Business Bureau of Greater Houston, and Girl Scouts of San Jacinto Council. Canales was recognized with the '40 Under 40' award in 2009 by the San Antonio Business Journal and is a four-time Lone Star Emmy® Award recipient. The Houston Texans recently awarded Tony Canales with the Hispanic Heritage Leadership Award

Canales holds a bachelor's degree in business management from Texas A&M University. He resides in Houston with his wife and two children.