About
/
Board of Directors
/
Jay Mincks 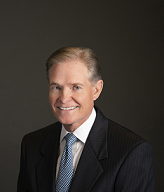 Jay E. Mincks is Executive Vice President of Sales and Marketing at Insperity. As head of the Company's growth division, Mr. Mincks is charged with executing ambitious sales goals nationwide each year through developing innovative selling strategies, launching effective lead generation and cross-selling programs and promoting a solid corporate brand. He also oversees the production of special events, such as the Insperity InvitationalTM presented by UnitedHealthcare®, an award-winning Champions Tour event, as well as community involvement initiatives across the country.

Mr. Mincks joined Insperity in 1990 as a District Sales Manager. His early success led to numerous promotions, including Regional Sales Manager in 1993 and Vice President of Sales and Marketing in 1997. Mr. Mincks was elected to his current position in early 1999. As a result of his leadership, Insperity has experienced tremendous growth, with company revenues increasing dramatically from $50 million to over $4 billion in 2019. In 1993, Mr. Mincks led the opening of the first office outside of Houston and has since grown the number to 80 offices in 30 major markets throughout the United States.

In addition, Mr. Mincks serves as Chairman of the Greater Houston Golf Charities, Vice President of the Board of Directors for Somebody Cares America, Board Member for Wheelchair for Warriors, and Executive Board Member of Greater Houston Partnership. He holds a business degree from the University of Houston. He currently lives in Kingwood, TX with his wife of 44 years.