About
/
Board of Directors
/
Kenneth Huewitt 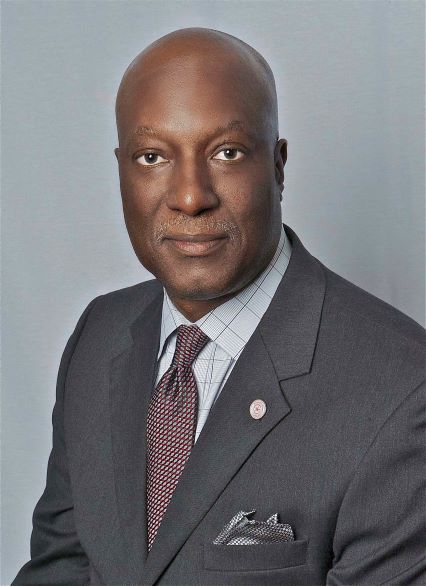 Kenneth “Ken” Huewitt currently serves as Interim President of Texas Southern University (TSU). He was hired in 2017 as TSU’s Vice President of Administration & Finance and Chief Financial Officer, overseeing all financial functions of the university including Treasury & Budget, Administration & Finance, Risk Management, the Controller’s Office, Procurement Services, Facilities & Maintenance, and Building & Grounds. During his time as CFO, the university’s investment rating (Moody’s) has improved from ‘negative’ to ‘stable’ to ‘positive’ over a three-year period. Additionally, a three-year strategic Capital Expenditure Plan was developed and implemented, “days cash on hand” more than doubled, and a negative reserve in 2016 was transformed into a healthy, positive reserve.
Huewitt began his career as an auditor with the U.S. Department of Housing and Urban Development’s Office of Inspector General. He has held a variety of roles during his career including Senior Audit Specialist for the Federal Deposit Insurance Corporation, Senior Associate for Coopers & Lybrand, and Regional Director of Finance for The ServiceMaster Corporation.
Shortly after leaving ServiceMaster, he joined the Finance Team at the Houston Independent School District. Over his first 11 years with the district, Huewitt served as the Controller focusing on Budgets, Payroll, Treasury, Food Services Accounting, General Accounting and Bond Fund Accounting, as well as handling day-to-day operations of the Controller’s Office.
The next three years, he served as Chief Financial Officer leading all the financial services functions of the district. He developed and executed strategic plans and district-wide policies and programs related to the financial activities of HISD, impacting 215,000 students on 283 campuses, and overseeing a $1.8 billion general operating budget.
Huewitt was recognized as the 2015 award winner of the Council of the Great Cities Schools Chief Financial Officer of the Year. This honor is recognized annually on the national level through the Bill Wise Awards Program. It is bestowed upon Chief Financial Officers in urban school districts who exemplify professionalism, commitment, integrity, strong leadership and advocacy for all students.
Huewitt holds a B.B.A. in Accounting from Texas State University. He is a Certified Public Accountant, Certified Internal Auditor, Certified Government Financial Manager, Certified Financial Services Auditor and Chartered Global Management Accountant. He is a member of several organizations including the American Institute of Certified Public Accountants, Texas Society of Certified Public Accountants, and The Institute of Internal Auditors. He served as Chairman of the Texas State Development Foundation Board, member of the T-Association Board, and past-president of the Alumni Association Board.
While attending Texas State, he was a member of the back-to-back National Championship football teams in 1981 and 1982. In 2007, Ken was an inductee into the T-Association’s Hall of Honor, the highest honor for any athlete at Texas State. In 2017, he was recognized as a Texas State University Distinguished Alumni, an award that recognizes alumni who have achieved prominence and made a significant impact on the lives of others through their professions, accomplishment, affiliation, and service to the society and the university.
He and his wife are the proud parents of two children.