About
/
Board of Directors
/
Ralph Martinez 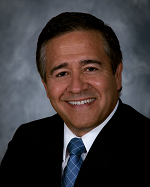 Ralph Martinez currently serves as Regional Senior Vice President for Comcast's Houston Region. In this role, Martinez is the top executive responsible for operations, financial performance and customer service for the region, which includes 63 communities and employs over 2,500 throughout the Greater Houston area.

Martinez previously served as Regional Senior Vice President for Comcast's Twin Cities Region where he was responsible for approximately 2,000 employees in a four state area, including operations in Minnesota, Wisconsin, Missouri and Kansas. Prior to that, Martinez held the position of Area Vice President for Comcast's Silicon Valley operations in the San Francisco area. During his nine years with Comcast, he has held leadership positions at both the division and regional levels, where he managed teams successfully through important customer-affecting, employee-impacting initiatives. Martinez is widely respected as a strategic thinker and leader who deeply values collaboration and teamwork, and is personally invested in the growth and development of all employees while exceeding key operational and financial targets. With 30 years in the telecommunications industry, Martinez has also held regional leadership positions with Verizon Wireless and Frontier Communications.

In addition, he brings a strong background of community involvement having served on several boards of directors, including San Francisco State University's College of Business, the San Jose Silicon Valley Chamber of Commerce and the Women in Cable Telecommunications NorCal Executive Advisory Board. He has also taken an active role in City Year, an important Comcast-nationwide mentoring partnership. Martinez also supports a number of Houston area service organizations including the United Way of Greater Houston, Big Brothers Big Sisters and Boys and Girls Clubs. He is also responsible for introducing the Jester and Pharley Phund to the Houston Community. This service organization supports literacy initiatives in local schools.

Martinez is married and the father of two recent college graduates. He enjoys travelling and spending time with his family. Martinez is an alumnus of Arizona State University in Tempe, Arizona and currently resides in Houston, Texas.