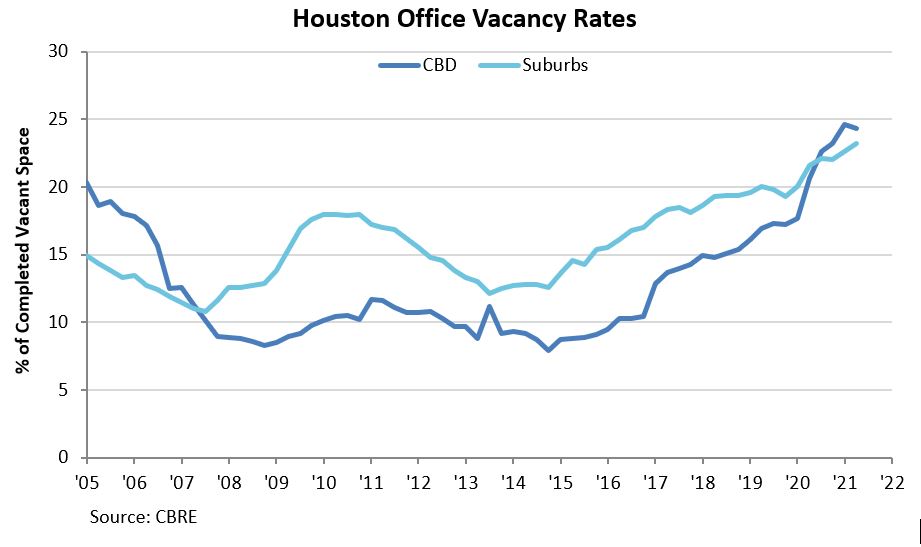 •    In Houston―the nation’s sixth-largest office market with 220.0 million square feet (msf) of net rentable area―overall vacancy at the end of the second quarter of ’21 stood at 23.5 percent. Vacancy in the Central Business District (CBD) was 24.3 percent, while the suburbs had a vacancy rate of 23.2 percent. Houston’s 120.7 msf of Class A space was 76.6 percent leased.
•    Overall sublease space in the Houston market as of Q2/21 was over 7.6 msf. This represents 12 percent of total available space, which is considerably lower than its ’16 peak of 11.0 msf or 25 percent of total availability.
•    A total of 4.0 million square feet of office space was under construction as of Q2/21. 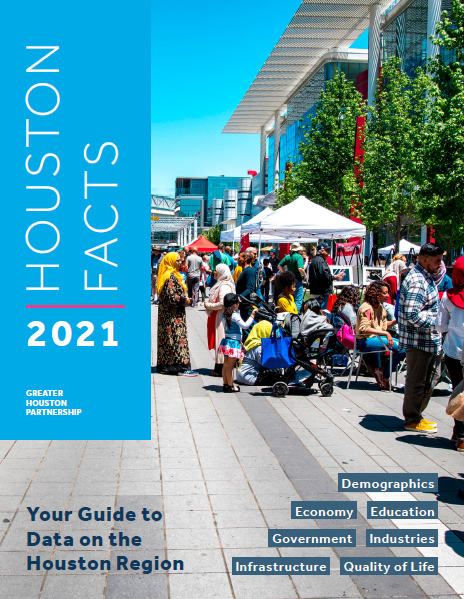 Houston's overall vacancy at the end of the second quarter of ’21 stood at
23.5 percent