Houston is a major-league sports town where fans can cheer for a variety of professional, semi-pro, and collegiate teams year-round. Get into the action with the 2017 World Series Champion Houston Astros at Minute Maid Park or score a touchdown with the Texans at NRG Stadium, the world’s first retractable-roof NFL stadium. Grab courtside seats to see the two-time world-champion Houston Rockets at Toyota Center. PNC Stadium, home of the Dynamo and the Dash, hosts numerous soccer matches throughout the year. Other annual professional sporting events include the Houston Open and the Houston Livestock Show & Rodeo—the world’s largest. 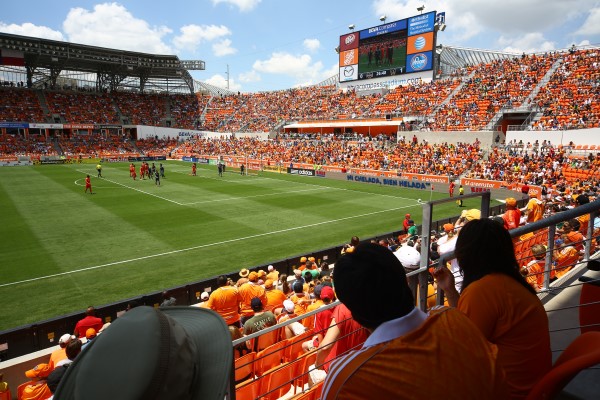 Discover what hometown pride looks like with these Houston pro sports teams.

The Houston Astros compete in Major League Baseball as a member club of the American League West division. They moved to that division in 2013 after 51 seasons in the National League. Home games are played at Minute Maid Park in Downtown Houston. Learn more.

The Houston Dash joined the National Women's Soccer League in the 2014 season. The Dash play their home games at PNC Stadium located just east of Downtown Houston in the EaDo neighborhood. Learn more.

The Houston Dynamo compete in Major League Soccer, as a member of the Western Conference. The Dynamo play their home games at PNC Stadium located just east of Downtown Houston in the EaDo neighborhood. Learn more.

The Houston Rockets compete in the National Basketball Association as a member team of the league's Western Conference Southwest Division. The team plays its home games at the Toyota Center, located in Downtown Houston. Learn more.

Get the Relocation Guide

Want to learn more? Download or receive a copy of the Relocation Guide in the mail for more information on Houston!

Houston offers a wide variety of neighborhoods to suit the taste and budget of residents. Find your perfect neighborhood.

Houston is one of only a handful of cities in the country with resident companies in all of the major performing arts disciplines including opera, drama, musical theater, symphony and ballet. There are also 19 different arts and cultural institutions that make up the walkable Museum District.

Of all the things that make living in Houston so enjoyable, high on the list are the city and county parks along with state and federal recreation spots.