After 20 Years in Oil and Gas, Entrepreneur Pivots to Female-Focused Venture Capital 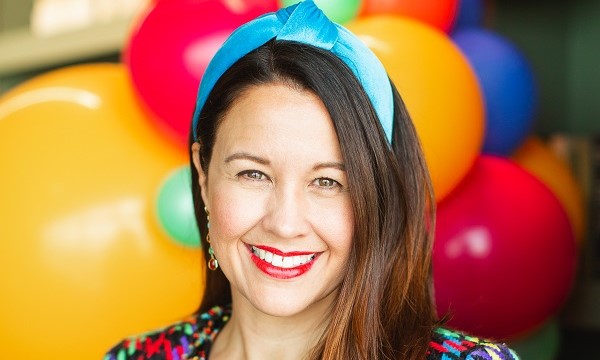 Carrie Colbert never intended to be a venture capitalist. After a nearly 20-year career in oil and gas, Colbert said she was ready for her next professional chapter, not quite clear where it might take her. She started connecting with female founders through social media and conferences, and then began investing her own personal capital in the space, starting with Austin-based Packed Party.

"I credit that experience with igniting in me a passion for helping female founders accelerate their paths to success," Colbert said.

As time went on, Colbert said, the high-quality deal flow became so prolific that it simply made sense to form a new venture capital fund to meet the demand. She launched Curate Capital, a venture capital fund solely focused on investing female-founded businesses that cater to other females, at the start of this year.

We asked Colbert about the advantages of having a VC fund in Houston and why Curate Capital focuses on companies for women, by women.

What are the benefits of having your fund based in Houston and/or Texas?

Being Houston-based definitely gives us a different perspective from most venture capital firms. First, Houston as a city definitely has a can-do attitude. And we like to embody that ourselves. We take a very cooperative, "better together" approach with our founders, which is not necessarily the norm. We seek to add value beyond just the capital which we provide. Secondly, being in Texas means that we are less tied into the traditional VC ecosystems of the east and west coasts - and we view that as a good thing! We bring a different perspective to our founders.

Who are some of the companies you work with?

Given that we are a relatively small, relatively new fund, the quality of our founders is second to none! These women are building fantastic businesses that in many cases are already revenue-generating and profitable.

In terms of what types of businesses or which industries we invest in, I like to say that we are industry agnostic. Rather, we focus on companies that are "by women, for women". In other words, we are looking for female-founded and female-run companies who target other women as their primary end-user or customer. That's where we really find our sweet spot. Those founders know their customers inside and out because she is her!

Specifically, we are fortunate to have Packed Party, Cherry, Glamhive, and Houston-based SocialMama as part of our portfolio. We look forward to announcing several more very soon!

What are the greatest challenges you see for female founders?

First, as the pandemic is exposing, there are so many pressures put on women. Many of the familial and home responsibilities land on women, in addition to their professional pursuits. But ultimately this can be turned into a strength, as women truly can multi-task like no other! Furthermore, this time of uncertainty has shone a light on the resiliency of women. I've seen so many women brilliantly pivot their businesses - not just to survive, but to thrive amidst all of this.

Second, the traditional investment system has failed women. It's abysmal that still, today, less than 3% of all VC dollars go to women. Furthermore, less than a third of VC firms have any female partners.

How can Houston support these female founders?

From a consumer perspective, be cognizant of which businesses you support. Educate yourself, and support some female-founded businesses with your purchasing power.

From an investment perspective, never discount an idea or a person at first glance. You could be missing out on an amazing opportunity.

From an input perspective, we are forming an extensive female focus group. Any woman can sign up on our website! We always want to have our pulse on what women want to see in the marketplace. So, we will regularly reach out to our female focus group to run ideas by them.