Amazon and Google to Open New Facilities in Houston Area 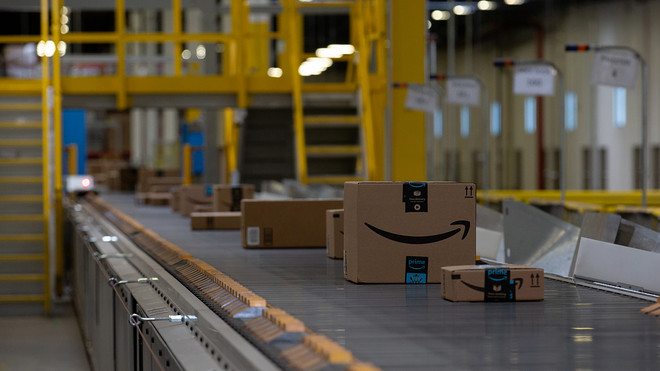 One tech giant is opening its first office in Houston as another plans a massive expansion in the region.

Construction is now underway in Richmond on an 850,000-square-foot fulfillment center for Amazon. The e-commerce company’s state-of-the-art facility is set to open in 2021 and will employ approximately 1,000 full-time workers, Amazon said this week. The center is one of the company’s next wave of facilities where employees work alongside Amazon robotics to pick, pack and ship small items for customers such as books, electronics and toys.

The Partnership has been working with Amazon in an effort to increase the company’s investment in this region. “We are proud to support Amazon’s most recent expansion to Houston, which further positions the region as a global logistics and distribution hub,” said Susan Davenport, Chief Economic Development Officer for the Partnership. “The Greater Houston region provides unparalleled access to consumers and end users and Houston’s strong technical and skilled talent is prepared to meet the needs of this state-of-the-art facility.”

Google Inc. also announced this week it will open its first Houston office at One Buffalo Heights on Washington Avenue. The roughly 12,000-square-foot office, which will house Google’s regional Cloud Enterprise Sales Team, is slated to open early next year.

"Houston is a hub for innovation and technology and the digital universe. Google's decision to establish an office here provides further momentum as we build the Silicon Bayou," Houston Mayor Sylvester Turner said.

The Partnership has also worked alongside Mayor Turner, Houston Exponential and other groups in recent years to recruit Google to Houston.

“Houston is an innovation city and our key industries like energy, life sciences, manufacturing and logistics, in particular, are ripe for digital disruption. Houston is a logical destination for Google’s next office,” Davenport said. “The fact that Google is opening their first office in Houston is a testament to the work we have been doing to build out innovation ecosystem. We are hopeful this will lead to increased engagement between Houston companies and Google, which will lead to an increased presence of the company in Houston as they scale their relationships.”