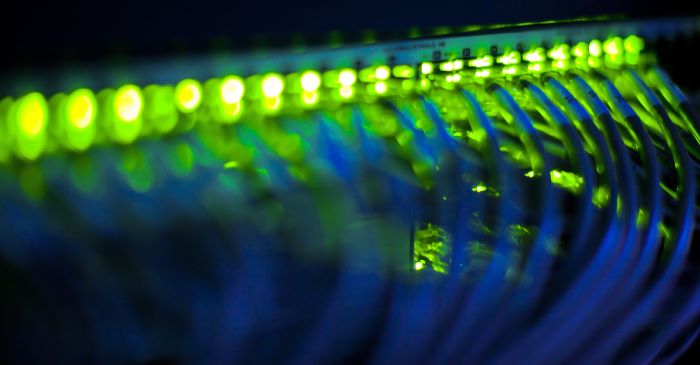 An annual report on the U.S. tech industry has revealed that Houston’s tech workforce experienced better growth in recent years than researchers previously believed. Cyberstates 2020, a report by the Computing Technology Industry Association (CompTIA) found that Houston retained its spot as the 12th largest tech workforce in the U.S. last year despite lackluster job growth. But beneath the ho-hum takeaway, underlying data revisions have recast Houston’s recent tech momentum in a more favorable light than earlier reports suggested.

Compared to last year’s report, which counted 227,800 net tech jobs in Houston, the new tally should signal positive movement for the Silicon Bayou. An 8k job increase ranks Houston a respectable 13th in year-over-year tech growth across all major metros – in league with Dallas, which saw its net tech number rise by 12k, and Austin, which added 11k to its total. For Houston, which posted tech job losses in the previous two Cyberstates reports, an 8k increase marks a giant leap forward for a community working hard to bolster its tech ecosystem.

But in an unfortunate twist, those gains aren’t directly acknowledged in the new report. Instead, CompTIA credits Houston with creating just 800 new tech jobs in the prior year, ranking the Bayou City a lowly 38th for growth among U.S. metros. That’s not great news, but it’s also not the end of the story.

It’s important to understand that the growth estimate will change, even if it’s not reported again. If data revisions swing like they did last year, the number could jump much higher.  Houston’s economy performed well in ’19, creating more than 70,000 jobs. Several notable tech companies announced expansions in the city, with no major tech sector closures or layoffs reported. It’s reasonable to expect that revisions will work in Houston’s favor.

In an email response to questions about the report, a CompTIA researcher acknowledged that a large revision to Houston’s tech employment estimate did improve the picture from last year and accounted for the large spike in Houston’s net tech workforce. She also shed more light on the CompTIA’s methodology. Rather than comparing its reports year-over-year, CompTIA gauges growth using a revised baseline of the previous estimate. Months after the Cyberstates report was published last spring, the net tech employment numbers were revised (a standard practice for the government data sources that feed the CompTIA reports).  The revisions impacted every city in the report, but few were so drastically altered as Houston.

Instead of losing tech jobs in ’18, as was reported at the time, Houston likely created as many as 7k tech jobs that year. Those revisions are reflected in the higher top line tally of Houston tech workforce, but they aren’t called out in any other way, leaving readers to assume that the prior reports of negative growth still stand, and creating the impression that Houston’s tech workforce has remained stagnant or even decreased in recent years. But that’s not true!

As a benchmark, nothing beats CompTIA’s net tech employment estimate. The widely cited metric counts both tech occupations and tech industries and quantifies the overlap.  It draws underlying data from the Bureau of Labor Statistics and uses third-party projections to supplement missing government data. The occupations include core information technology (IT) positions as well as engineering, repair, technician, and assembly positions. The industries focus on sectors involved in “making, creating, enabling, integrating, or supporting technology,” rather than users of technology. It’s a sound approach that has earned CompTIA a reputation as the definitive source on tech industry metrics. Yet there may be unique elements of the Houston economy that are leading to a chronic undercounting of the region’s tech workforce. The problem underscores a dilemma that researchers face in measuring the size and scope of the technology industry in an era when nearly every job is becoming tech-enabled. That challenge is especially pronounced in Houston, where industries like energy and health care account for a bulk of the region’s tech jobs.

In Houston, 62.2 percent of tech occupations are embedded in non-tech sectors, the highest share among the 20 largest U.S. metros, according to a Partnership analysis using CompTIA’s methodology. Teasing out the tech workers in those industries can be difficult through government data sources, which have been slow to adopt new computer and software occupations into official statistics. Those difficulties may be contributing to the mixed signals that Cyberstates has sent about Houston’s tech sector growth over the past few years.

The embedded nature of technology in non-tech industries makes it difficult for government statistics to accurately gauge the impact of technology on Houston’s economy, though the numbers clearly show a strong and growing standalone tech industry in the Houston economy. CompTIA estimates Houston’s tech sector contributes $28.4 billion annually, accounting for roughly 5.4 percent of the region’s GDP. While that’s a smaller share of Houston’s overall economic make-up, the dollar volume ranks Houston as the 15th highest valued tech economy, just behind Austin (#13) at $33.5 billion and Denver (#14) at $32.1 billion.

Roxana Guzman contributed to this analysis.