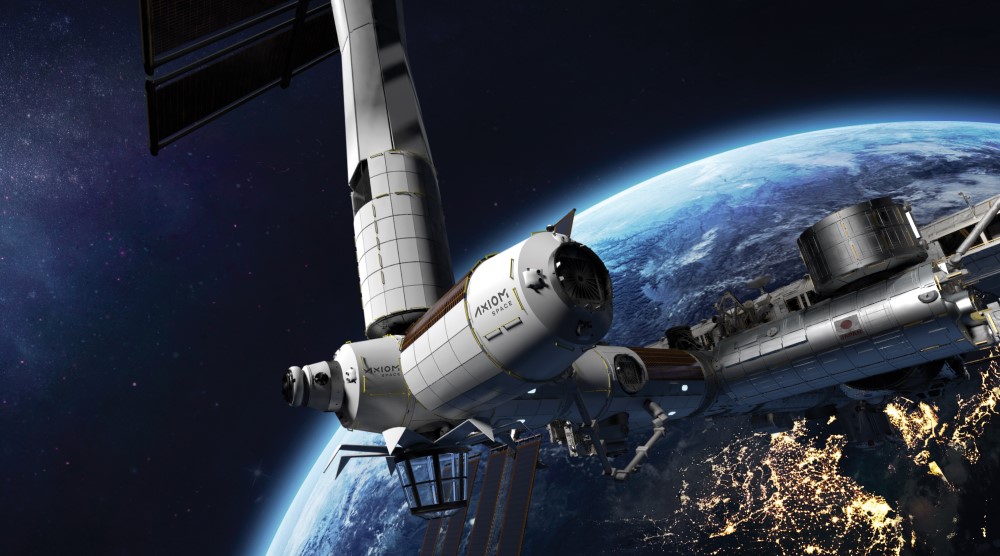 Axiom Space will build a 14-acre headquarters campus at the Houston Spaceport where the aerospace company plans to develop its Axiom Station, the world’s first free-flying, private space station.

The project is expected to bring more than 1,000 jobs to the new campus, which will include a 322,000-square-foot facility to accommodate Axiom Station modules as well as terminal space to house private astronauts, operations, engineering and related activities. The campus is being built on the 153-acre first phase of the Houston Spaceport at Ellington Field, less than 20 miles south of Downtown Houston.

"While we have confronted the challenges of a global pandemic this year, our work to move our city forward never stops. Today’s announcement is another leap that demonstrates how Houston embraces humankind’s boldest challenges and lives-up to every bit of its namesake - The Space City,” said Houston Mayor Sylvester Turner. “With Axiom Space at the Houston Spaceport, we expect to energize our workforce by adding more than a thousand high-quality jobs and engage our communities that are focused and dedicated to the STEM fields.”

Developed by the Houston Airport System, the 400-acre Houston Spaceport is the nation’s 10th commercially licensed spaceport and capitalizes on the region’s existing concentration of engineering and aerospace talent. Johnson Space Center, which employs more than 11,000 people and utilizes airfields at Ellington Airport, is just minutes from the Houston Spaceport and remains home to NASA mission control.

Axiom Space CEO Mike Suffredini said the Houston Spaceport, with its infrastructure and benefits as well as its co-location at Ellington Airport, represents an ideal headquarters location for his company. “The opportunity to build high-bay hangers where we can assemble the Axiom Station while simultaneously training our private astronauts for missions gives us the flexibility we need as we build the future of commercial space,” Suffredini said.

Greater Houston Partnership President and CEO Bob Harvey said Axiom Space’s announcement is a game-changer as Houston works to extend its position as a commercial aerospace leader. “Houston is a city built on innovation with a technology-focused workforce, and this move adds to the region’s momentum as one of the country’s leading next-generation tech hubs,” Harvey said.

Bay Area Houston Economic Partnership President Bob Mitchell said the same environment of innovation that produced many technological advancements in Houston’s past is creating its next successful venture into space. “The synergies now being realized at the Houston Spaceport – between Houston’s dynamic industry partners, its world class training and academic providers, and its far-sighted community investors – are not only benefitting Axiom but will only get stronger over time.”

Across both the public and private sector, Houston is home to more than 23,000 aerospace professionals and roughly 500 aerospace and aviation firms and supporting institutions.