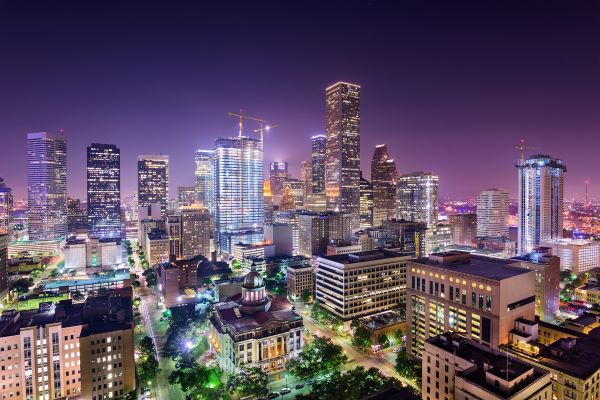 In this episode we’re talking about the possibility of a recession. What are the signs that the U.S. may already be in an actual recession? And what would a possible recession mean for the Houston region specifically? We're joined once again by Partnership Senior Vice President of Research Patrick Jankowski.

HOUSTON (September 23, 2022) – How does Houston’s economy stack up against other major cities? How does trade with countries abroad affect our economy? Is our innovation ecosystem keeping pace with other major cities?  Those are just a few of the many questions answered in the 2022 edition of the Partnership’s Houston Facts publication. Houston Facts has presented unvarnished information about the Houston region since 1959, and its predecessor publications—under different names, but with the same objective—date back to 1906. Today, Houston Facts is a concise, comprehensive almanac for the Houston region.  Here are a few highlights from this year’s edition, developed by the Partnership’s Research team and presented by Fifth Third Bank.  Here are a few highlights: Demographics The Houston region is home to 7.2 million people and had the third largest numeric increase in population of any U.S metro between July 2020 and July 2021, according to the most recent Census figures. Houston is also home to many people who were born outside of the U.S. – nearly one in four Houstonians, or 1.65 million residents, are foreign-born. Learn more about Houston’s demographics on page 8 of the report.  Cost of Living When it comes to affordability, Houston is really high on the list. The region is the second most affordable major metro among the nation’s 20 most populous metropolitan areas. Our living costs are over 27 percent below the average of those 20 metro areas, and our overall living costs are 5.9 percent below the average for all U.S. metros. Housing costs are also a standout for Houston – they’re more than 53.7 percent below the average for the nation’s most populous metro areas and 18 percent below the average for all U.S. metros. Learn more about Houston’s cost of living on page 43.  Economy Houston has returned to pre-pandemic employment levels. Nonfarm payroll employment topped 3.2 million in July 2022. That’s 59,000 above the previous employment record set in November 2019. The recovery has been uneven though. Twelve sectors have fully recovered their pandemic losses, two sectors are close to full recovery and two sectors in particular are still struggling. Learn which ones on page 13.  International Business  Houston’s economy is deeply tied to global trade and foreign investment. The region has trading relationships with more than 200 countries. The Houston/Galveston Customs District handled 269.4 million metric tons in exports valued at $170.4 billion in 2021. Eighty-seven nations have consular representation in the city, ranking Houston’s consular corps third largest in the nation.  Innovation  Houston is a thriving hub of digital tech talent, with more than 243,400 tech workers representing 7.9 percent of the region's workforce, according to an analysis by the Greater Houston Partnership. Houston is home to 8,800 tech related firms, including more than 800 venture-backed startups. These companies have received $4.35 billion in venture capital funding over the last five years including $2.02 billion in 2021 alone, a record high for the region. In 2021, the most heavily invested industry for VC funding in Houston was information technology, which received $632.1 million across 64 deals. Health care followed, with $518.4 across 67 deals. Materials and resources came in third, with $426.5 million in funding. Find out more about education, the energy and life sciences industries, transportation and other facets of Houston in Houston Facts.
Read More

Bayou Business Download: A Look at the Houston Economy at Mid-Year

In this episode of Bayou Business Download, we talk about the Houston economy at the mid-year point. We take a look at jobs, key sector activity, construction and more with the first six months of data in hand. We're joined once again by Partnership Senior Vice President of Research Patrick Jankowski.  We also discuss:  The outlook for the remainder of 2022.  The changing likelihood of a recession.  The increasing diversity of the local economy.    Bayou Business Download is presented exclusively by:
Read More

Join the Greater Houston Partnership's annual Houston Region Economic Outlook. Hear from a panel of local experts share their perspectives on the region’s economy and a future outlook.  In addition, The…