Carolyn Rodz is on a Mission of Empowerment 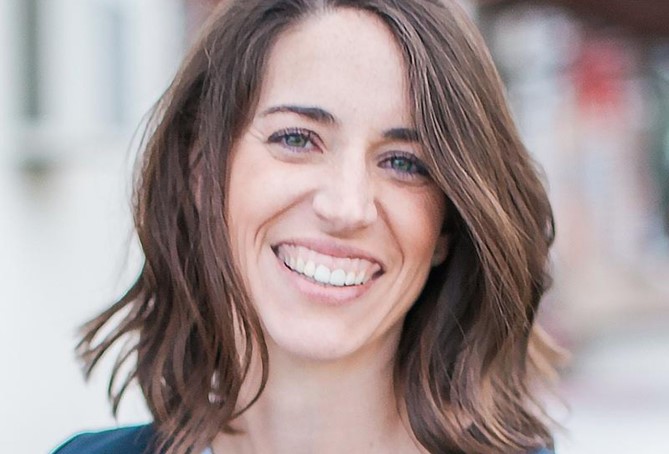 Carolyn Rodz knows a thing or two about entrepreneurship. After all, she’s launched three companies of her own and helped raise billions of dollars to help fund other innovators—particularly women. As the co-founder of business empowerment resource Alice, Rodz has made it her mission to level the playing field for female entrepreneurs, helping connect them with everything from mentors to capital. She’s been recognized among Entrepreneur Magazine’s 2016 “Women to Watch”, as a Sam Walton Emerging Entrepreneur, and Micro to Millions awardee in partnership with American Express. On Thursday, Rodz joins three other female executives to discuss the influence of women in global business at the Greater Houston Partnership’s annual Rise to the Top event. Featured panelists include: Shauna Clark, Head of Employment and Labor U.S. for Norton Rose Fulbright; Luz Damaris Rosario, General Manager, Goya Foods Texas; Lisa Darling, Head of School, The Awty International School; and moderator Misty Mousa-Lanza, Partnership and Development, Univision Houston.

We chatted with Rodz about what drives her as an entrepreneur and the strides being taken to increase female innovation around the world.

Most people aren’t brave enough to start their own business. You’ve started three. What made you think you would succeed?

My father was an entrepreneur and engaged my siblings and me in the business from early ages. As a child, I also kept a notebook by my nightstand to jot down the business ideas that came to me. In that sense, I was raised to be an entrepreneur. But I also think it comes from the motivation to solve problems – and at our core, that’s what business owners do.

What do you believe is the most important attribute of a successful entrepreneur?

Successful entrepreneurship requires a lot of skills, and I think the most important is grit – the combination of passion and perseverance. You need grit to get through the hard times and long hours, and you truly need to believe in what you are doing.

Alice was born out of your desire to connect female entrepreneurs with helpful resources. Why is there a gap in the resources available to male and female business owners?

At Alice, we believe in inclusive entrepreneurship, which means bringing access to all business owners, no matter where they come from or who they know. The traditional model has fostered success for a small, homogeneous group of investors and entrepreneurs, and that has left people, like women, entrepreneurs of color, the LGBTQ community and the disabilities community, out of the ecosystem. The big opportunity for changing that model is that women-led businesses actually provide higher returns to investors, and people of color are starting businesses at a higher rate than anyone else.

Tell us about your role with Houston Exponential? How did you become involved, and why are you passionate about Houston?

I got involved as a member of the Steering Committee for Houston Exponential because I believe Houston has an opportunity to show the world how a diverse innovation ecosystem can thrive. As Chair of the Image Subcommittee, it’s very important to me that we create a movement that gives voice to every citizen of Houston, and that we showcase our city as one committed to solving problems that matter. Houstonians have gone to space, led medical breakthroughs and fueled the world; now, it’s time that we use this expertise to create new solutions of global significance.

You were involved in the UN Foundation’s Global Accelerator initiative, which brought together thought leaders to explore solutions for everything from global job creation to gender equality. Solving such problems doesn’t happen overnight, but do you feel that the developing world is making strides in closing the gap on such important issues?

Many entrepreneurs, especially women entrepreneurs, are innovators in solving global problems. Technology is closing the gap for business owners around the world by democratizing access to resources, opportunities and networks. For entrepreneurs in developing countries, this means that there is an interconnectedness to markets, partners and tools that has not previously existed – it’s an exciting time to be a business owner anywhere in the world.

Is there one issue that stands out to you as most critical to female entrepreneurs today?

Rise to the Top is being held in conjunction with International Women’s Day on Thursday March 8 at the Marriott Marquis hotel in Downtown Houston. The event is sold out.

Bayou Business Download: The Recovery of the Oil Market and the Houston Job Surge

In this episode we discuss the oil market and what the resurgence of drilling activity means for the sector here in Houston. We also look at the…

The Greater Houston Partnership welcomed 11 new member companies in the month of November. The Partnership works to connect companies with resources…