ExxonMobil to Move Headquarters to Houston 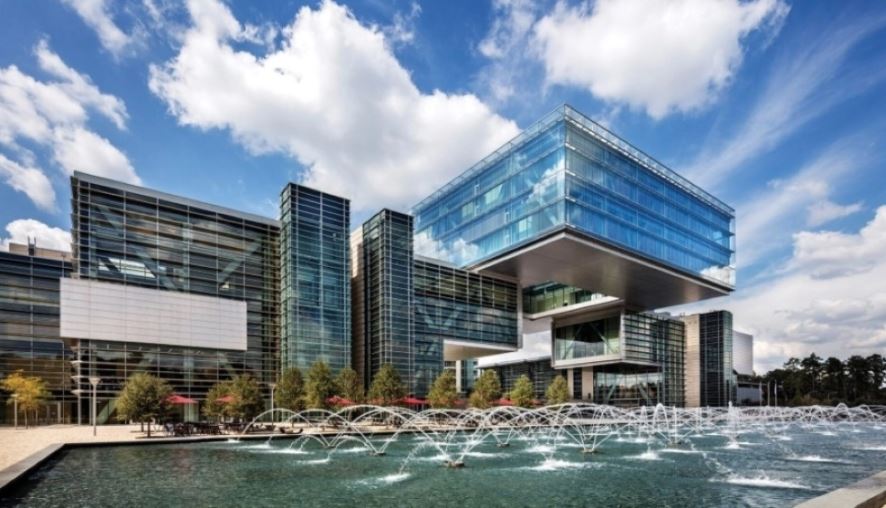 ExxonMobil plans to relocate its corporate headquarters to its Houston campus from Irving, Texas.

The announcement is part of the company's effort to streamline its business structure "to better support customers, enhance performance and grow value," according to a press release.

"We greatly value our long history in Irving and appreciate the strong ties we have developed in the North Texas community," said Darren Woods, chairman and CEO of ExxonMobil. "Closer collaboration and the new streamlines business model will enable the company to grow shareholder value and position Exxon Mobil for success through the energy transition."

The oil giant's announcement to relocate its headquarters to its Spring campus increases the number of Fortune 500 companies in the Houston area to 25, one of the largest in the country.

“We are thrilled with today’s news," said Partnership President and CEO Bob Harvey. "ExxonMobil’s move further solidifies Houston’s position as the Energy Capital of the World. ExxonMobil is a key participant in our Houston Energy Transition Initiative, and we look forward to working with the company as we continue to position Houston to lead the energy transition to a low-carbon future.

In December 2020, Hewlett Packard Enterprise said it would establish its global headquarters in Houston. And in May 2021, NRG Energy Inc. said it would consolidate its corporate headquarters. The moves added two new Fortune 500 companies to Houston's roster.

ExxonMobil said it is on track to save more than $6 billion in structural costs by 2023 by combining chemical and downstream business and centralizing technology and engineering services.

The company said it will complete the headquarters move in mid-year 2023.

Learn more about corporate headquarters in the Houston region.

Houston is once again proving it’s a city where green businesses can thrive. A recent report found Houston ranks fourth in the nation for average funding raised by startups focused on sustainability.  PromoLeaf’s analysis of Crunchbase data found Houston startups leading the way in sectors such as renewable energy, decarbonization and environmental engineering raked in $150.7 million in funding. Salt Lake City ranked first with $204.6 million, followed by Santa Monica, Calif. with $154.3 million and Freemont, Calif. with $153.5 million.  Companies like Ionada and Renewell Energy are choosing Houston to scale their businesses because of the region’s expertise and global network as the Energy Capital of the World.  Momentum continues to build in Houston as the region positions itself as a global leader in the energy transition. According to the Partnership’s Houston Tech Report, startups in the energy industry received more than $320 million in venture capital funding between 2017 and  2021. In October, the Houston Energy Transition Initiative (HETI), a strategic initiative led by the Partnership and dedicated to strengthening Houston’s leadership as the Energy Capital of the World, released a report examining the region's opportunity to fund the energy transition and the success companies across all energy value chains can find in Houston. Another report recently highlighted how local companies continue increasing their investments in clean energy. Axios Houston reports Houston companies invested more than $1.25 billion in clean technology, climatetech and impact investment in 2022, making the city one of the top five cities in the U.S. for investment in companies focused on environmental, social and governance (ESG) initiatives. "I think what we're gonna see is a new breed of public companies created within Houston that will go public in 2023 and 2024 that's going to further make Houston more diverse and increase the level of energy transition that we're already seeing in the Houston market," Will Braeutigam, U.S. capital markets transactions leader at Deloitte, told Axios Houston.
Read More

One of Pearland’s thriving mixed-use districts is anticipating another busy year. Several developers will break ground or complete multiple projects this year, including the first residential project, in Pearland’s Lower Kirby District, a 1,200-acre mixed-use district located off Beltway 8 and State Highway 288. Lower Kirby District houses offices, headquarters, retail, commercial and industrial projects, including Lonza and Mitsubishi Heavy Compressor Corporation. Here are a few of the projects that will help continue to shape the district. Retail and Multi-Family Projects According to the Houston Business Journal, NewQuest Properties is proposing a $350 million development that would include 1,086 multi-family units and more than 300,000 square feet of entertainment and retail space anchored by a specialty supermarket and hotel and convention center. The proposed project site is located south of Bass Pro Shops and across a proposed $53.7 million amateur sports facility. Click to expand Rendering of NewQuest's proposed development in Pearland (Courtesy: NewQuest) The NewQuest project would complement Sueba USA’s 335-unit retail and multi-family complex in America Modern Green’s (AMG) mixed-use development at the corner of Spectrum Boulevard and State Highway 288 known as the Ivy at Lower Kirby. Sueba broke ground on the Ivy Lofts last year and is the first phase of AMG’s development. A public park and trail system will also be incorporated in the area, according to the Pearland Economic Development Corporation (PEDC). The Houston Business Journal reports Sueba expects to finish the complex late this year. Click to expand Rendering of Ivy Lofts (Courtesy: Sueba USA)   Industrial Projects Three industrial real estate firms are developing projects that would bring one million square feet in distribution centers to Lower Kirby. Levey Group is expected to begin construction this year on Levey Logistics Park which will include two Class A industrial buildings near Beltway 8 and Almeda School Road. Brennan Investment Group bought 12 acres to construct a 216,000-square-foot Class A distribution building on Kirby Drive and North Spectrum Boulevard. The project is expected to have 36-foot clear height and a 175-foot truck court for trailer parking. The Chicago-based firm reports Houston’s “world-class market” has allowed the firm to make successful investments of more than $470 million since entering the Houston area in 2010.  “Industrial demand remains strong and gives us confidence that this new facility will be well received by the market,” Troy MacMane, Co-Founder and Managing Principal of Brennan, said in a news release.  Click to expand Rendering of Brennan's distribution center in Pearland (Courtesy: Brennan) Adkisson Group is also building a distribution center that will total nearly 130,00 square feet near beltway and Hooper Road, according to the PEDC.  Pearland is considered one of the nation's fastest-growing cities with access to major highways that allow for logistical and commuting ease to other areas of the Houston region, including the Texas Medical Center. Companies say those attributes are the reasons they choose the Pearland area, in addition to an educated population and quality of life. “PEDC and the City of Pearland are very excited about the recently announced and proposed developments in Lower Kirby. It has been a long-standing focus of our community to develop this area as Pearland’s most intensive mixed-use employment, residential and entertainment district," said Matt Buchanan, PEDC President. "As the Houston market has continued to grow and expand, Lower Kirby has captured a significant portion of office, retail, commercial and industrial projects and these newest developments are a testament to our continued efforts in this area.”  Learn more about other communities and neighborhoods in the Houston area.
Read More