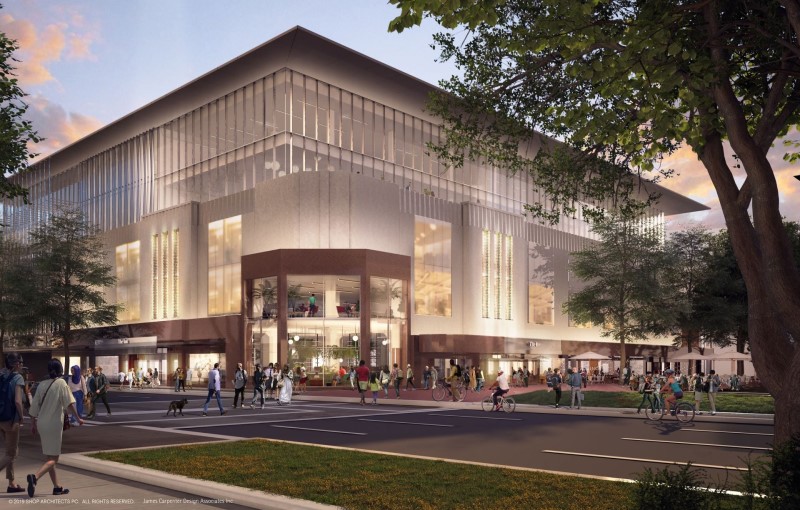 Work will begin this spring to transform the historic Sears building in Midtown into the hub of the city’s new innovation district.

Rice University is spearheading the project. The renovated building will be renamed The Ion, a 270,000-square-foot facility designed to bring together entrepreneurs, corporations and academic institutions to collaborate under one roof. According to a news release from Rice, the Ion will support businesses at all stages of the innovation lifecycle, and provide resources for Houstonians seeking to participate in the innovation economy. The facility will mix academics and corporate partners into an environment of educational events, demonstrations, hack-a-thons and programming. The addition of restaurant and entertainment amenities will bring additional activity to the space.

Construction on the project will start in May with completion slated for late 2020.

Mayor Sylvester Turner applauded the creation of an innovation district that will help Houston gain a leadership role in data science and digital tech.  “As I said last year when the idea was unveiled, we have to leap, not stroll, into the economic frontier,” Mayor Turner said. “Now the physical transformation of The Ion will help get us there.”

The Ion will retain signature elements of the original art deco building’s design — including historic corners, glass block windows, decorative tilework and a three-sided storefront with architectural canopies – while large windows will reconnect the open interior to the surrounding streetscape. A new central light-well will shower the building in natural illumination and, from inside, provide unobstructed views across the ground floor.

Station Houston will oversee the public programming at The Ion, which will include entrepreneurial workshops, thought-leadership conferences, industry lectures, job training, educational classes and networking events. Houston-based Hines is managing the development on behalf of Rice Management Company.

The Ion represents the first phase in the development of the broader innovation district, which will cover roughly 16 acres on the south end of Midtown. The district will combine a diversity of commercial development with housing and public spaces.

The innovation district will address the need for what a 2017 Accenture study conducted for the Greater Houston Partnership described as a “natural center of gravity for tech startups.” The report concluded that Houston has a thriving innovation economy, but its potential is limited by the “absence of a flourishing startup ecosystem.” With The Ion as its hub, the innovation district will create a synergistic environment for entrepreneurs, venture capital investors and leading tech industry players.