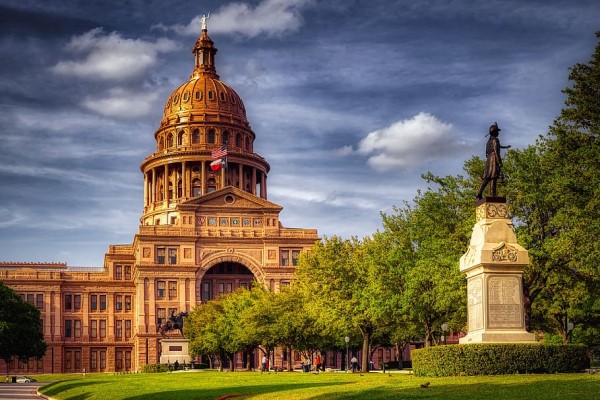 In this episode we cover:

PUBLICATION NOTE: The Partnership will publish a comprehensive report on the 87th Legislative Session by June 15. In the meantime, please enjoy the final installment of our weekly update. Final Week In Review: End of the 87th Session In the final days of the 87th Legislative Session, an important school accountability bill gained agreement from both chambers, while a key economic development program did not pass. Just before midnight on Sunday, most Democratic Representatives departed from the floor and broke the House's quorum. Their absence prevented a final vote on Senate Bill 7. Governor Greg Abbott responded with a call for a special session. The Governor has the exclusive power to call the Legislature into special session and to determine what issues will be on the agenda. The Governor has not announced the timing of a special session or what issues the Legislature may consider. A special session was planned for this fall to consider redistricting, when data would be available from the U.S. Census Bureau. It is unclear if Governor Abbott will add issues to a special session that includes redistricting or if he will call a separate special session. Budget Sent to Governor Abbott The House and Senate approved the 2022-2023 biennial state budget for Governor Abbott's signature. The bill spends $116 billion in General Revenue and $248 billion over the two-year period. Public education reforms under House Bill 3 remain fully funded. Higher education funding also received an increase for enrollment growth. Funding for transportation and other budget areas remains largely flat from the current year. The Economic Stabilization Fund, also known as the Rainy Day Fund, is estimated to reach $11 billion, and it was not utilized to fund the new budget. As a result of actions taken by the House in the final hours of session, Governor Abbott threatened to line-item veto the budget article that funds the legislative branch. School Accountability Reforms Pass On the final day of the legislative session, the House and Senate approved Senate Bill 1365 by Senator Paul Bettencourt (R-Houston). The bill ensures the continuation of the state's accountability system and enhances intervention and sanction measures for perennially failing campuses and public school districts. Key provisions of the legislation include the clarification of the investigative authority of the Commissioner of Education and the Commissioner's ability to issue sanctions, appoint a board of managers, and provide intervention support services. The bill clarifies the definition of a D-rated campus as it relates to potential sanctions or intervention measures. A rating of D is now considered unacceptable performance under the accountability system. Finally, the legislation allows for all public school districts and charter schools not to be held accountable for campus and district ratings during the 2021-22 school year due to the pandemic's extreme impact on students' learning loss. Campuses and school districts will still be rated on the A-F accountability scale, but sanctions and interventions required under this law for multiple years of failure will not go into effect until the 2022-23 school year. The bill is now on Governor Abbott's desk, and we anticipate his final approval soon. Chapter 313 Fails to Pass After failing to meet a parliamentary deadline, House Bill 4242 by Representative Morgan Meyer (R-Dallas) which would have provided a two-year extension for the Chapter 313 economic development incentive program stalled in the Senate. The Chapter 313 program will expire on December 31, 2022. The short-term extension was the final effort to keep the program intact after a failed attempt earlier in the session to pass legislation that would have made broad reforms to the program.Â  COVID Business Liability Protections Pass Senate Bill 6, by Senator Kelly Hancock (R-North Richland Hills), heads to the Governor for his signature. The bill enacts a Partnership legislative priority, and one of Governor Abbott's emergency items, of providing legal liability protections related to the pandemic. The bill provides full defense against lawsuits for businesses, health care institutions, governmental entities, schools and higher education facilities acting in good faith and within posted government safety protocols from those who contract a disease during a pandemic. We expect Governor Abbott to sign this measure into law. Sign-up to receive Legislative and other Public Policy updates directly to your inbox.
Read More