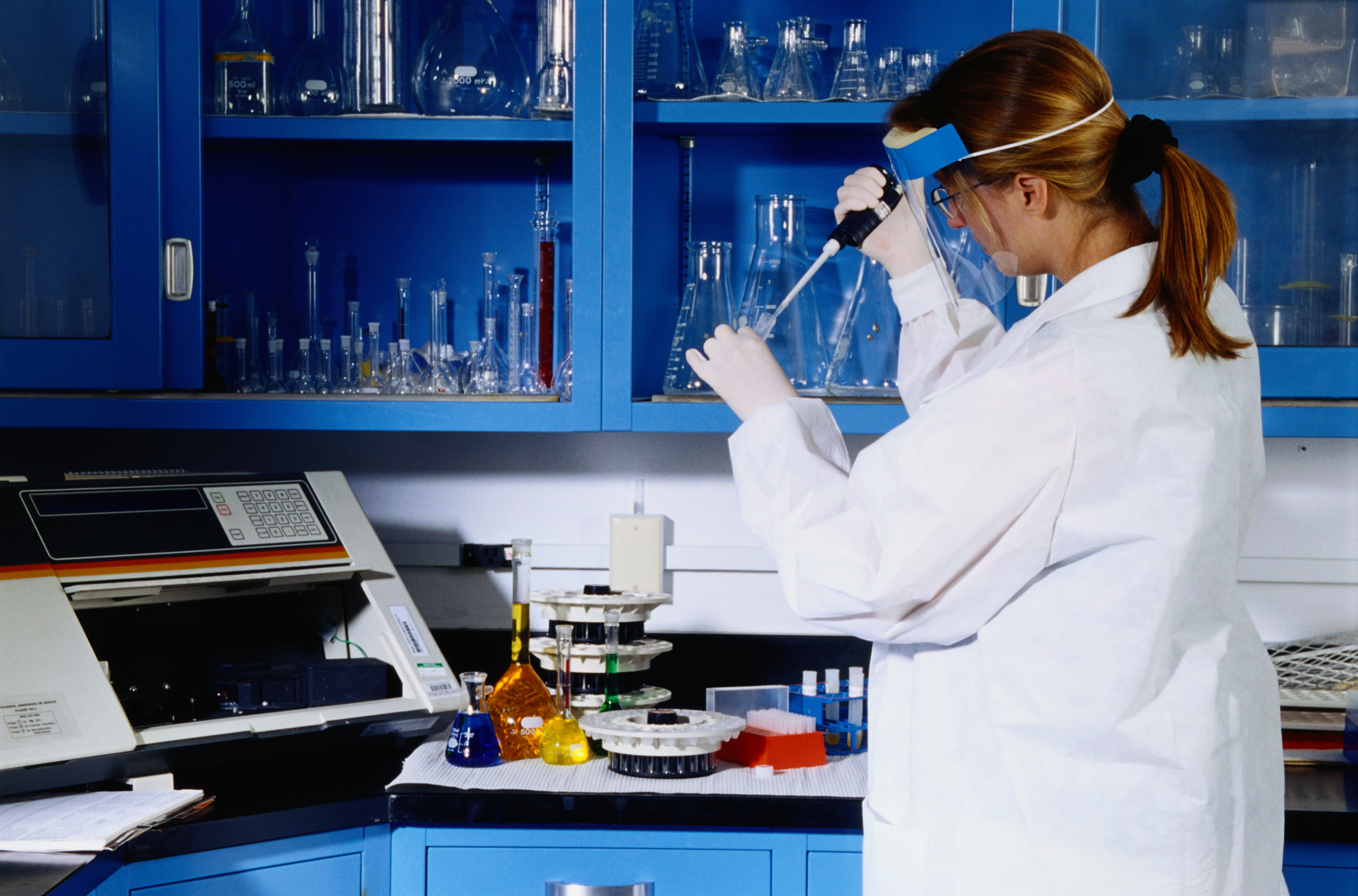 Houston may be synonymous with energy, space exploration and J.J. Watt, but those in the medical and scientific community might equally associate the nation’s fourth largest city with genomic and genetic research, thanks to the Texas Medical Center. As the world’s largest medical center, it has given rise to Houston as a center of discoveries helping to shape the future of medicine.

“As people are seeing in their doctors’ offices every day, we are better than ever at predicting, diagnosing, and treating diseases more precisely than ever,” wrote Leslie Biesecker, president of the American Society of Human Genetics, in a recent Houston Chronicle op-ed. “Advances in our understanding of the human genome are giving us crucial insights into how our bodies work and what happens when we get sick.”

Discoveries in Houston help power the global scientific and technology research communities, offering medical progress for patients around the world and help drive the local economy, Biesecker said. It’s one reason her organization brought 9,000 genetic researchers from 80 different countries to Houston in late 2019 for the world’s largest annual conference of the human genomics and genetic research community.

Houston is already home to researchers at Baylor College of Medicine, Texas A&M University Health Science Center, the University of Texas Health Science Center and the University of Texas MD Anderson Cancer Center, to name just a few of the major institutions. Soon, the Texas Medical Center will join with these institutions to begin work on TMC3, a 30-acre biomedical research campus that will ensure Houston continues to lead on life sciences innovation.

The study of genomics and genetic research is critical to advancing medical treatment for a host of diseases and illnesses. For example, Biesecker points to work currently underway to build databases of genetic cancer markets.

“Genetic sequencing of cancer tumors is helping not only to more accurately diagnose cancers but also to understand what causes them and what drugs could be used to target them, while efforts to understand family history and risk of cancers allow earlier detection," wrote Biesecker.

Researchers are also examining the genetic keystones of diseases such as cardiovascular disease, autism and dementia.

“To be sure, we have along way to go to realize the benefits of genetic and genomic research for people everywhere,” Biesecker wrote. “Yet approaches are driving novel discoveries across the spectrum of biomedical research and yielding life-changing discoveries.”

One Houston Together: Health and Racial Inequities

The race-based disparities that exist in health outcomes has been a much-discussed and researched topic. While some progress has been made to address access, cost and quality of care, the COVID-19 pandemic has made clear that race continues to play a role in not only health care but the social determinants of health.Â  The third installment of the Partnershipâs One Houston Together webinar series looked at Health and Racial Inequities and featured Zawadi Bryant, CEO, NightLight Pediatric Urgent Care; Elena Marks, President and CEO, Episcopal Health Foundation; Jean Leclerc Raphael, Associate Professor, Baylor College of Medicine; and moderator Tanweer Kaleemullah, Public Health Policy Analyst, Harris County Public Health.Â  We invite you to watch the full conversation by clicking the video recording to the right.Â  The conversation began by level-setting with a definition: âHealth equity means everyone has a fair and just opportunity to be as healthy as possible. This requires removing obstacles to health such as poverty, discrimination, and the consequences, including powerlessness and lack of access to good jobs with fair pay, quality education and housing, safe environments and health care.Â For the purposes of measurement, health equity means reducing and ultimately eliminating disparities in health and its determinants that adversely affect excluded or marginalized groups.â Discussion topics included:Â  What factors are driving negative health outcomes among different races.Â  How people of color are often exposed to environments or situations where their need for health care is greater. For example, the current pandemic has hit Black and Latinx populations harder because many are working in essential jobs or low-paying jobs that do not offer paid time off.Â  Why this current period, amid a national conversation around race, presents an unprecedented opportunity for addressing health inequities.Â  What are the greatest barriers to health care for people of color in the Houston region.Â  What people can do at the policy level and on an individual level to reduce or eliminate inequities in health care.Â  Additional Resources Recommended by the Panelists:Â  Healthy Women Houston Original Carnegie Foundation Flexner Report Medpage Today:Â Racial Bias in Flexner Report Permeates Medical Education Today Research on Health Disparities Published by Jean Leclerc Raphael Episcopal Health Foundation Health Care Research Dimick Study Examining Surgeries in Segregated RegionsÂ  Suggested Books:Â  CasteÂ by Isabel Wilkerson - recommended by Elena MarksÂ  Well by Sandro Galea - recommended byÂ Zawadi Bryant Learn more aboutÂ One Houston Together.Â  Below are other events related to the series. All Upcoming One Houston Together virtual events that are free to register:Â  Developing Equitable CommunitiesÂ â Sept 22Â  The Business Communityâs Role in Addressing Racial InequitiesÂ â Sept 29Â  Houston NEXT: An ERG SummitÂ â Oct 16Â  Watch previous One Houston Together webinars:Â  Understanding Racism Education and Racial Inequities
Read More

As the pandemic continues, COVIDâs crosshairs have settled on yet another victim: independent health care providers. From dentist offices to family practices, these facilities and those they employ face unique challenges to keep their (sometimes virtual) doors open. Dr. Paul Hain, Chief Medical Officer at Blue Cross and Blue Shield of Texas, presented his perspective on this challenge during a recent Partnership Health Care Council webinar.Â  While the greater Houston region'sÂ health care system is faced with combating COVID-19 cases and hospitalizations, providers and hospitals are experiencing sharp declines in revenue due to the pause in elective surgeries and the office closures of independent and specialty health care providers. Hain detailed how the CARES Act has allocated $175 billion in funding to help hospitals mitigate losses. Independent practices also benefited from the federal funds, but the support does not reach far enough in covering record revenue losses in the health care system.Â  Hain said he'sÂ seen independent providers quickly pivot to inventive measures in providing care that haveÂ allowed these providers to maintain cash flow and capacity, enablingÂ them to keep their operations going. âBlue Cross Blue Shield of Texas has seen stunning increases in telehealth claims," he explained.Â "Patients are realizing that care can be delivered very well via telehealth and we anticipate that members will continue to utilize this option well beyond the pandemic â telehealth is no longer a nice-to-have [tool].â Independent providers will also have to adapt to value-based care contracts, which pay for quality outcomes rather than the volume of service and can them from a lack of volume. âTelehealth and value-based care are going to be critical for the future of medicine,â Hain said.Â  The chief medical officer also expressed how Blue Cross Blue Shield has seen troubling declines in claims for routine care and vaccinations, which could have negative long-term impacts. âWe have seen people afraid to go to the ER with an unexplained dropÂ in stokes, heart attacks, and people falling behind in significant regular exams and screenings, which may have downstream effects on peopleâs health because they are afraid to go to the doctor with non-COVID issues.â Hain saidÂ that as health care providers have become used to operating under pandemic conditions, it has become safer to visit the doctor today than it was in March. He added that while telehealth has shown many benefits, there are still methods of care that cannot be delivered virtually.Â  Haim closed the virtual Council meeting byÂ calling on Houstonians to followÂ social distancing and mask protocols, which not only protect ourselves, but more importantly, our health care providers. âThere is a shortage of nurses and acute care professionals, particularly respiratory care, which has pushed our systems to the limit in hot spots," said Hain. "We have to be able to take care of health care system so that the health care system can take care of you. ItÂ all wraps together. Masking in public and following good protocols is the best thing we can do for ourselves and health care system.âÂ  Council presentations areÂ exclusive toÂ Partnership members. Members also have ongoing access to a recording of presentations on the online member portal. To learn about becoming a member, click here. Visit the Partnership's COVID-19 resource page for updates, guidance for employers and more information.Â
Read More

One Houston Together Webinar Series: The Business Community's Role in Addressing Racial Inequities

Every Tuesday for the month of September, the Greater Houston Partnership will host its Racial Equity webinar series. Focused on building knowledge and awareness, this series acts as a starting place to inform…