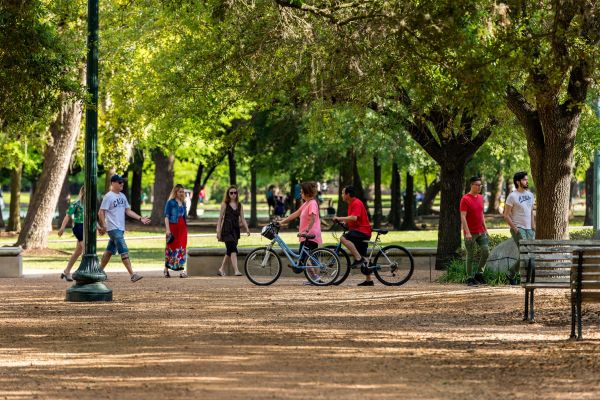 Houston has long been considered one of the youngest, fastest-growing, and most diverse cities in the nation— one with no ethnic majority and where nearly one-in-four residents are foreign-born.

“It’s important to embrace diversity – and it’s good for the economy, too. Not only have waves of immigration changed the face of the nation, they’ve also brought in fresh perspectives, skills and technologies to help the U.S. develop a strong adaptability to change. Economies generally fare better when they openly embrace and capitalize on new ideas,” explained WalletHub.

While not reaching the top-spot of any one category, Houston ranked No. 1 overall with a diversity score of 71.87.

“There is a consistent pattern in the literature that diversity (whether that is measured by race, religion, or immigration status) tends to lead to greater productivity and growth in cities,” Ryan Muldoon, Director of Undergraduate Studies; Associate Professor, Director of Philosophy, Politics and Economics Program, Department of Philosophy, College of Arts and Sciences at University at Buffalo, The State University of New York told WalletHub when asked if there is a relationship between diversity and economic growth in cities.

A number of reports and analyses in recent years have named Houston among the most diverse cities in the U.S., often putting the Bayou City in the top spot.

WalletHub conducted their analysis by using the Herfindahl-Hirschman Index method, which is a commonly accepted measure of market concentration that also works effectively as a general-purpose measure of diversity.