Houston Performing Arts Make Triumphant Return to the Stage in 2021 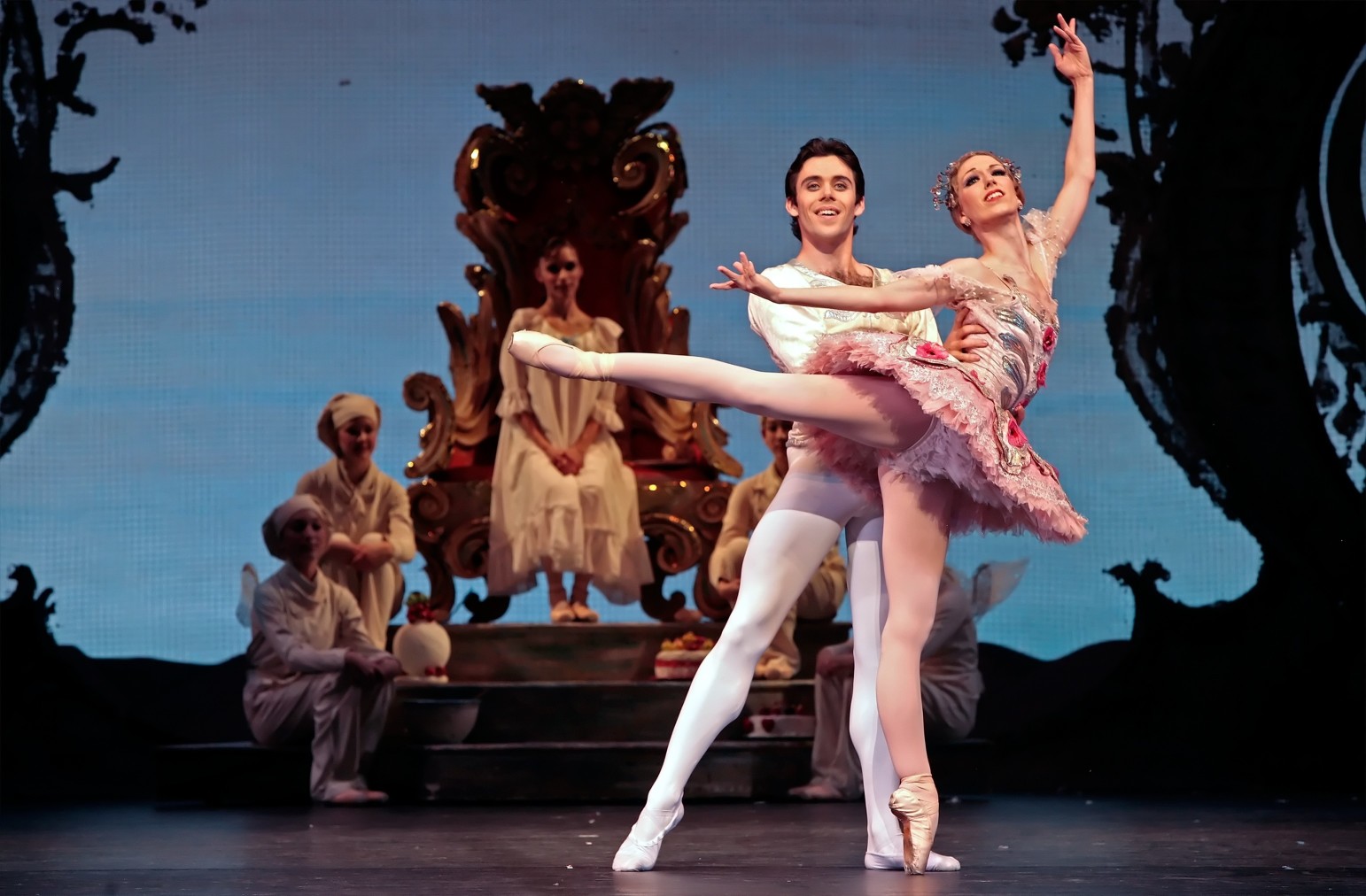 Home to one of the largest concentrations of theatre seats in the nation, Houston’s bustling performance arts district is ready for its post-COVID debut.

More than 500 institutions are devoted to the performing and visual arts, science and history in the Houston area. Houston’s nonprofit arts and culture industry generated over $1.1 billion in total economic activity, according to the latest Arts & Economic Prosperity report by Americans for the Arts. This spending – $579.4 million by nonprofit arts and culture organizations and an additional $538.0 million in event related spending by their audiences – supports 25,817 full-time equivalent jobs, generates $801.6 million in household income to local residents and delivers $119.3 million in local and state government revenue.

These numbers undoubtedly took a hit in 2020 when the pandemic caused months-long cancellations for performance arts organizations across the city, however, as Houstonians emerge from behind their masks and social distancing protocols are relaxed, Houston’s performing arts scene is ready for its encore.

From classic tales to never-before-seen productions, mark your calendars for these can’t-miss performances slated as the arts make their way back into Houston’s cultural spotlight.

Theatre Under the Stars – Rock of Ages
An all-new TUTS production, Rock of Ages is an 80s lover’s delight featuring music of hit bands including REO Speedwagon, Pat Benatar, Bon Jovi, and Journey. Rock of Ages runs October 5 – 17 at The Hobby Center for the Performing Arts. Learn more

Houston Grand Opera – Carmen
Considered the world’s most popular opera, this bohemian love story features some of the most recognizable arias and characters in the genre. Carmen runs October 22 – November 7 at Wortham Theatre. Learn more

Society for the Performing Arts – Alton Brown Live: Beyond the Eats
Food and performance collide in this new culinary-focused variety show featuring Food Network star Alton Brown. Beyond the Eats is set for November 2 at Jones Hall. Learn more

Ways to Celebrate the Fourth of July in and Around Houston

An increase in temperatures, snowball stands and a patriotic high all mean itâs almost Independence Day. Houston and surrounding suburbs have plenty of ways to celebrate Americaâs birthday. From fireworks shows to parades, thereâs no shortage of family-friendly ways to enjoy the holiday.Â  Bellaire Celebration of Independence Parade & Festival The City of Bellaire will kick off the day with a parade (featuring the Childrenâs Bike Parade) followed by a festival on the Great Lawn and Loftin Park in Bellaire Town Square. The festivities begin at 9:30 a.m. and will conclude at 1 p.m. There will be live music, entertainment and a wide variety of food vendors to choose from.Â  GalvestonÂ  Fourth of July Drone ShowÂ  What says Fourth of July better than grilling out and watching fireworks? Drones on the beach! For the first time ever, Galveston will put on a drone show for the Fourth of July. Hundreds of drones will come together for a 12-minute show with 12 custom formations. Expect to see patriotic images, island favorites like birds, sea turtles and fish as well as plenty of fun surprises.Â  Houston Shell Freedom Over TexasÂ  For the first time in three years, Houstonâs signature Fourth of July event will return to an in-person format. Shell Freedom Over Texas will include six hours of dynamic festivities including live music from artists such as Sawyer Brown and Clay Walker, an all-American kid zone, an opportunity to meet an astronaut and, of course, fireworks! Independence Day FireworksÂ  CityCentre will host an evening of entertainment from 7 to 11 p.m., including a 10-minute firework spectacular at 9:30 p.m.Â  KingwoodÂ  July 4th Family Games Festival This unique celebration of Americaâs birthday will include game challenges and a kid zone with a bounce house and slide! Games include giant Jenga, cornhole and giant Connect 4. Join in on the friendly competition starting Monday, July 4 at 3 p.m. in Town Center Park. The evening will conclude with a patriotic musical laser light show. Click to expand Celebration of Freedom in Pearland PearlandÂ  Celebration of FreedomÂ  All ages are welcome to participate in the Celebration of Freedom in Independence Park. This event, which will feature live music, food trucks, rides and attractions, begins at 6:30 p.m. with fireworks at 9 p.m.Â  Sugar LandÂ  Red, White and Boom Celebrate Independence Day at The Crown Festival Park with plenty of patriotic activities to partake in, including carnival games, rock walls, sports inflatables, trackless trains, a firework display and more. The Woodlands 2022 4th of July Parade: Stronger Together Before watching the sky light up at night in red, white and blue, catch the annual South Montgomery County 4th of July Parade: âStronger Togetherâ in The Woodlands. This 1.3-mile parade will take place in Market Street Monday morning at 9 a.m.Â  For more information on ways to have fun all summer long in Houston, visit our Living in Houston page or follow us on Facebook or Instagram using the handle @LiveWorkHou.
Read More

Houston, We Have a World Cup: T-Minus Four Years

The International Federation of Association Football (FIFA) announced today Houston will be a host city of the 2026 World Cup. The FIFA World Cup will return to the U.S. in 2026, 32 years since it last hosted in 1994. The decision comes about eight months after the FIFA officialsâ visit to Houston in the fall of 2021. While the selection was initially expected in late April, itâs clear FIFA had a complex task in deciding the 11 venues from a total of 16 distinguished U.S. city bids. The selection guarantees at least five games for each host city, including one knockout stage match. The cities to host include: Houston: NRG Stadium Seattle: Lumen Field San Francisco: Leviâs Stadium Los Angeles: Rose Bowl & SoFi Stadium Kansas City: Arrowhead Stadium Dallas: AT&T Stadium Atlanta: Mercedes Benz Stadium Boston: Gillette Stadium Philadelphia: Lincoln Financial Field Miami: Hard Rock Stadium New York/New Jersey: MetLife Stadium Â  A First for Houston The 2026 World Cup will not be the first for the U.S., but it will be Houstonâs first rodeo â and it is ready. Since 2004, Houston has hosted more major sporting events than any other city, President of the Houston World Cup Bid Committee Chris Canetti told NBC Sportsâ Pro Soccer Talk. From World Series to the Super Bowl, Houston has flexed its hospitality options across the region, diverse food scenes and world-class tourism. Potential Economic Impact According to a study by Boston Consulting Group, the 2026 World Cup would generate about $5 billion for U.S., Canada and Mexico during the month-long tournament. The study also estimates a host city could see between $160 to $620 million in economic impact.Â  Houston and Dallas have an economic development advantage due to the stateâs Major Events Reimbursement Program. An important Houston-Dallas economic-development advantage comes from the stateâs capitol, the Major Events Reimbursement Program Fund. Enacted in 2003, the programâs purpose is to âattract visitors from out of state who will increase state and local tax revenue by spending money at local businesses.â The program supports communities with costs related to preparing and conducting major events.Â  With four years to go, Houston will continue preparing to host the most-watched sporting event in the world in its own backyard.Â  Learn more about the 2026 World Cup and Houstonâs qualities that earned the pick.Â
Read More