Houston Ranks No. 5 in Nation for Minority-Owned Startups, But Hurdles Remain 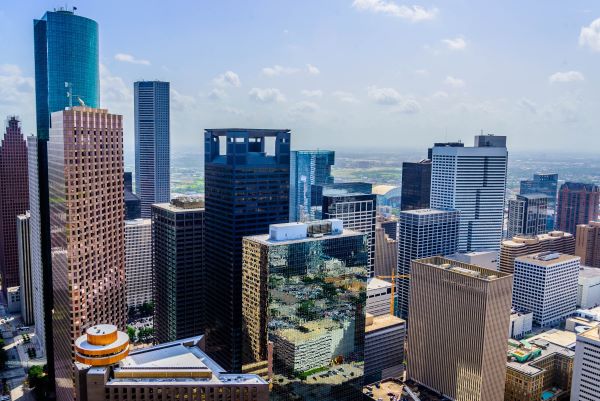 The most diverse city in the nation is also a hub for minority entrepreneurship, according to a new analysis of Census data by the fintech company Self.

Houston ranks No. 5 among the nation’s largest metros when it comes to the percentage of minority-owned startups. The report shows that nearly 5,600 startups in the Houston metro region are minority-owned—or about 30% of all companies less than two years old. Together, these minority businesses employ more than 22,700 workers in the region.

But in a region where minorities make up 64% of the population, clear inequities in entrepreneurship remain in Houston that mirror the rest of the nation. “As 2020 has illustrated, opportunities to participate and succeed in the entrepreneurial economy are not equally distributed by race and ethnicity,” the report stated.

The first and most significant structural barrier for would-be minority entrepreneurs is access to capital. The report points out that minority households on the whole have lower pre-existing wealth and savings to put towards a new business while banks are often less likely to approve loans for Black and Hispanic small-business owners. “Without upfront capital to invest in a growing business, minority entrepreneurs struggle to run and scale their operations.”

Nationally, Hispanics represent about 18% of the population but just 7% of startup owners. For Black Americans, those figures break out to just 12% and 3% respectively. Meanwhile, Non-Hispanic Whites make up 60% of the U.S. population but own nearly 80% of the nation’s startups.

Despite the challenges, there are currently close to 170,000 minority-owned startups in the U.S. employing more than 700,000 workers and generating close to $100 billion in annual revenue, the report shows. Based on demographic trends, these numbers are likely to grow as the population continues to diversify.

“As minority entrepreneurs, we are very good at our craft and our profession, however most of us have not functioned as a CEO before,” said Ed Ryland, President and CEO of Houston-based ARVO Realty Advisors. “I use this scenario to explain: I can be a great widget maker, however this does not mean I can run and build a great widget making factory. There are skills that need to be developed.”

Ryland, whose company is a member of the Partnership, said he would rather be an entrepreneur in Houston than anywhere else because of the support city leadership has demonstrated for entrepreneurs and the tight network of diverse entrepreneurs that works to help one another. “We have come a very long way,” he said. “However, the research shows we still have work to do.”

Ryland said there are steps Houston can take to help close the entrepreneur disparity gap. He points to stronger mentorship, better advocacy for minority businesses among corporate CEOs, new creative funding sources and a focus on attracting and retaining top talent to minority-owned firms.

To create the report, Self analyzed data from the U.S. Census Bureau’s Annual Business Survey and calculated the percentage of all startup firms less than two years old that are minority-owned.

A total of 120 companies participated in Houston’s first Regional Equity &amp; Inclusion Assessment in 2021, establishing a baseline for where companies stood on a set of 15 key DEI benchmarks. The assessment is based on the Global DEI Benchmarks and provides an internal roadmap for DEI planning and progress. Through the Partnership’s One Houston Together efforts, we will conduct the assessment again in 2023 to offer companies an opportunity to gauge their individual progress and to learn how the business community is collectively progressing on DEI.  As companies prepare to complete the assessment this spring, Partnership member and global consulting firm Accenture worked with One Houston Together to create an Implementation Toolkit to support organizational progress. The toolkit focuses on 7 of the 15 DEI benchmarks and includes a set of 20 recommendations to drive strategy and attract and retain people.  Foundation: Drive the Strategy  1. Vision  2. Leadership 3. Structure Internal: Attract &amp; Retain People  4. Recruitment 5. Benefits 6. Compensation  7. Flexibility  View the presentation. During the November One Houston Together Talent Roundtable, Tiffany Wallace with Accenture Strategy &amp; Consulting presented the toolkit and discussed how it can be used to help companies determine areas of focus.  The collaboration with One Houston Together and creation of the toolkit is part of Accenture’s social impact work, which also includes the development of apprenticeship programs and working to prepare students for the jobs of the future to address the anticipated talent gap and skills shortage.  “Accenture is committed to building more opportunities for more people and fostering a culture of equality internally and within local communities,” Wallace said.  Accenture is also partnering with local historically black colleges and universities to create pathways for students into the field of technology to address the lack of Black talent in the sector.  Wallace said DEI progress is often slow, even among more progressive organizations. “For Accenture it wasn’t a quick and easy journey,” she said. “I joined Accenture in 2014 and I can honestly say that I feel l can bring my true self to work each and every day. I see diversity around me every day which wasn’t the case when I first joined.”  View highlights of the toolkit here. The 2023 Houston Region Equity &amp; Inclusion Assessment will be open from April 1-June 1, 2023. Data from January 1-December 31, 2022 should be used to complete the assessment. View the assessment questions in this fillable PDF and review findings from the 2021 assessment here.
Read More

One Houston Together: Member Spotlight on Bank of America’s Efforts to Advance Underrepresented Talent

As part of its ongoing effort to showcase success in the retention and advancement of Black, Indigenous, and People of Color talent, the Partnership’s One Houston Together hosted its latest roundtable discussion in July featuring a conversation with Tiffany Douglas, Global Women’s Initiative and Under-represented Talent Strategy Executive with Bank of America.   Increasing racial equity in the corporate talent pipeline and board leadership is one of the two priorities of One Houston Together alongside increasing spending with Minority Business Enterprises. The roundtable discussions are designed to share best practices and showcase Partnership members that are leading change.  Here are several key takeaways from the conversation with Tiffany Douglas at Bank of America.  Douglas’ team works with internal and external partners to help drive advocacy for women and underrepresented talent. Bank of America has an intentional strategy to ensure diverse voices and talent are at the table for more responsible growth. The goal: reflect the communities and clients the bank serves.  Douglas emphasized that it takes intentional practice to create change and improve outcomes. She shared that it’s not a question about if we do this but how the bank does it. This charge is supported by the board of directors, CEO, management team, Global Diversity &amp; Inclusion Council, Executive Councils, Market Presidents in 92 markets, and all employee networks. The bank seeks to drive inclusion “everywhere” not just in go to market products. While approximately 40 professionals across an organization with roughly 200,000 employees are working in D&amp;I through various lines of business and the bank’s Global Diversity and Inclusion Council, Bank of America’s philosophy is that everyone is part of driving inclusion.  Bank of America uses a number of tools to assist with connecting and empowering employees across the organization including on demand online learning, virtual sessions, and mindfulness apps. The bank consistently asks for feedback to learn how and if the tools are working and to incorporate colleagues’ perspective. Another tool is the bank’s Connections page, which serves as a sort of internal social media network. Employees can fill out a profile describing their work as well as out-of-office interests, volunteer activities etc. Douglas said this helps people connect with one another on a personal level. Bank of America also provides D&amp;I Bootcamps and Inclusive Learning opportunities for employees.  The organization hosts what it calls Let’s Get Real Conversations, virtual chat sessions that allow employees to discuss topics ranging from LGBTQ pride to women’s leadership. In 2021, the bank held 350 such conversations with thousands of views that were recorded, allowing team members that could not participate live to go back and watch later. Douglas said it’s important that such initiatives meet employees where they are, allowing them to engage when it’s convenient.  Bank of America supports mentorship both across the organization and through various lines of business and encourages colleagues to earn and ask for sponsorship relationships. Knowing the skills and aspirations of current employees gives leadership greater ability to recommend individuals for the right opportunities, whether in their current line of business or elsewhere in the company. “The more we know our talent and can understand not just what they do but who they are an what their aspirations are, the better we can move people and recommend them for opportunities. It’s not just about recruiting new talent, we have to retain the talent we already have,” she said.  Douglas said one challenge is that job titles don’t often adequately describe what a person actually does. Through mentorship and other programs, employees are encouraged to talk about what they actually do and how they do it, which in turn leads to better targeted opportunities.  When it comes to the leading factors helping advance underrepresented talent, Douglas said it’s about starting at the top and measuring and inspecting progress.  Learn more about One Houston Together and read about other case studies.
Read More