Houston Still Most Diverse City in the Nation, Report Finds 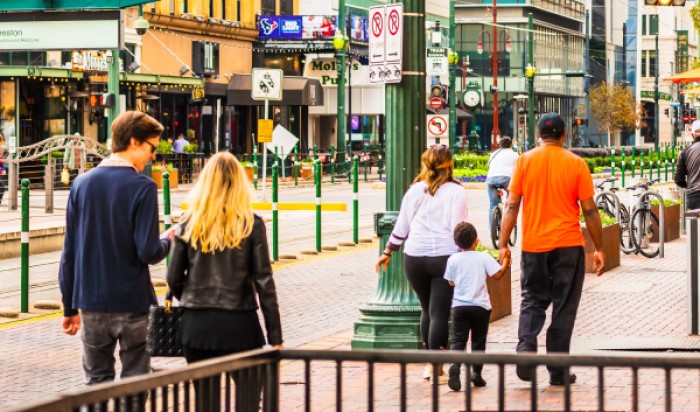 A new report finds Houston remains the most diverse city in the nation.

Several studies in recent years have shown the Bayou City at the top of the list for ethnic and racial diversity. The city has no ethnic majority and nearly one-in-four residents are foreign born. In fact, Houston today mirrors what demographers forecast the U.S. population will look like in four decades.

According to WalletHub: “By 2050, many shifts will happen. For example, while non-Hispanic whites are expected to remain the largest ethnic group, they will no longer make up a majority of the population. But America’s transformation is more than skin-deep — it’s economic, too. Not only have waves of immigration changed the face of the nation, they’ve also brought in fresh perspectives, skills and technologies to help the U.S. develop a strong adaptability to change. Economies generally fare better when they openly embrace and capitalize on new ideas. Conversely, those relying on old ways and specialized industries tend to be hurt more by changes in the market.”

When it comes to other major Texas cities: Dallas ranked No. 5 on the list of most diverse cities, followed by Arlington at No. 9 and Fort Worth at No. 25. Austin ranked No. 42 on the list and San Antonio ranked No. 62.

Houston is the fourth largest city in the nation with a total population of 2.3 million. The broader metropolitan area is home to just under 6.9 million residents. The local population is also among the youngest in the nation: 36% of metro area residents are under the age of 25 and the largest percentage of adults (15.1%) are age 25 to 34, according to research from the Greater Houston Partnership.

Now is the Time to Hire Houston Youth

With summer comes a valuable opportunity for employers to tap into up-and-coming talent to accomplish real, meaningful work while investing into the workforce Houston will need to ensure it retains its competitive 21st-century economy: The paid internship.Â  Meaningful internships can empower an entire generation while building toward a more prosperous future by giving students and young adults an opportunity to âwindow-shopâ for careersÂ in a variety of industries and settings and recognize career pathways, to learn workforce behaviors, and understand how their coursework applies in a business setting.Â  Since 2016, the City of Houston has helped employers access a diverse spectrum of more than 26,000 young, talented Houstonians aged 16 through 24 through its Hire Houston Youth program. The program has also facilitated job readiness training for over 35,000 youth and adults. This summer, the City is asking employers to provide 16,000 summer internship, job, and apprenticeship opportunities. Program details: Internships should last at least eight weeks (June 13 and Aug. 5, 2022) Internships should pay at least $10 per hour; the average pay in 2021 was $15 per hour Employers without openings can sponsor an intern or register and join the Hire Houston Youth community Additionally, the City is hosting a job and resource fair on June 11, 2022, at Houstonâs George R. Brown Convention Center. The fair is open to employers from across the entire region and jobseekers of all ages. Â  See more details and add your openings for theÂ Hire Houston Youth program here. Register for the June 11 job and resource fair here.
Read More