Houston, We Have a World Cup: T-Minus Four Years 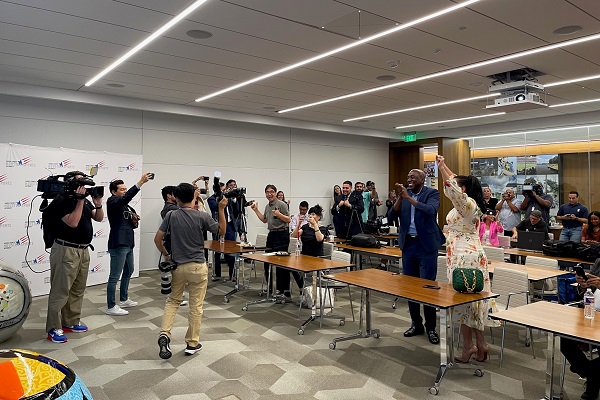 The International Federation of Association Football (FIFA) announced today Houston will be a host city of the 2026 World Cup. The FIFA World Cup will return to the U.S. in 2026, 32 years since it last hosted in 1994. The decision comes about eight months after the FIFA officials’ visit to Houston in the fall of 2021. While the selection was initially expected in late April, it’s clear FIFA had a complex task in deciding the 11 venues from a total of 16 distinguished U.S. city bids. The selection guarantees at least five games for each host city, including one knockout stage match.

The cities to host include:

A First for Houston

The 2026 World Cup will not be the first for the U.S., but it will be Houston’s first rodeo – and it is ready. Since 2004, Houston has hosted more major sporting events than any other city, President of the Houston World Cup Bid Committee Chris Canetti told NBC Sports’ Pro Soccer Talk. From World Series to the Super Bowl, Houston has flexed its hospitality options across the region, diverse food scenes and world-class tourism.

According to a study by Boston Consulting Group, the 2026 World Cup would generate about $5 billion for U.S., Canada and Mexico during the month-long tournament. The study also estimates a host city could see between $160 to $620 million in economic impact.
Houston and Dallas have an economic development advantage due to the state’s Major Events Reimbursement Program. An important Houston-Dallas economic-development advantage comes from the state’s capitol, the Major Events Reimbursement Program Fund. Enacted in 2003, the program’s purpose is to “attract visitors from out of state who will increase state and local tax revenue by spending money at local businesses.” The program supports communities with costs related to preparing and conducting major events.

With four years to go, Houston will continue preparing to host the most-watched sporting event in the world in its own backyard.

Learn more about the 2026 World Cup and Houston’s qualities that earned the pick.