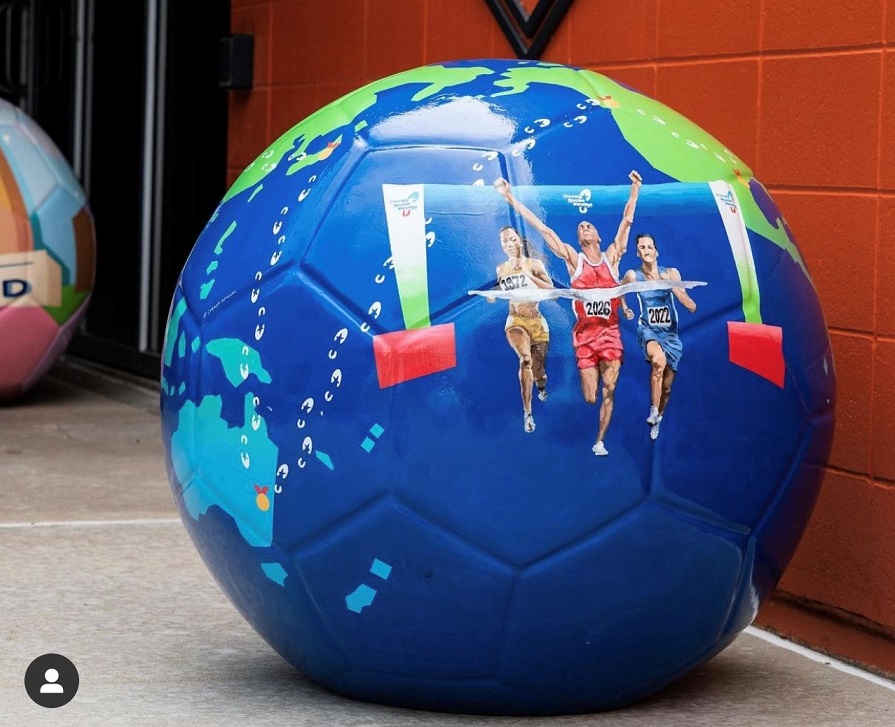 The world’s most popular sporting event is coming to North America in 2026, and Houston’s on a mission to be one of the cities to host it. With viewership for the last FIFA World Cup of more than 3.5 billion, the quadrennial event is one of the most-watched and highly anticipated events for soccer enthusiasts. The 2026 World Cup will be hosted in 16 cities across Canada, Mexico and the United States. Currently, 17 cities in the U.S. are vying for a spot. Only 11 will win the bid to host 60 official matches.

Houston’s 2026 World Cup Bid Committee, dedicated to bringing the World Cup to Houston under the direction of the Harris County – Houston Sports Authority, continues to push for making Houston a host city. According to Committee President Chris Canetti, hosting six games at NRG Stadium would be equivalent to hosting six Super Bowls. Experts estimate hosting the major event could mean a $1.3 billion economic impact for Houston.

In an event hosted by the Partnership in 2019, Canetti said Houston’s diversity makes the city a strong contender to secure a spot. “Soccer is indeed the world’s game, and Houston is the most ethnically diverse city in the country. So some might say it’s a perfect match.”

The Federal International Football Association, FIFA, is expected to visit Houston in the coming months as an important step in deciding host venues. The Art of Soccer is one of the Houston committee’s latest campaigns. The project invited companies to financially back the bid in a fun and creative way by collaborating with Houston artists to decorate soccer balls. Similar to a soccer match approaching the final 90th-minute mark, this initiative is one of Houston's final plays to host the 2026 World Cup.

Joseph Macas is one of those artists. He’s an instructor at the Houston School of Art & Design. We chatted with Macas about the soccer ball he decorated for the campaign.

How did you become a part of the Art of Soccer project?

As an instructor for the Houston School of Art & Design, the school has been involved with painting some of the soccer balls for various clients: Enbridge, Region’s Bank, Intel, NRG/Reliant and Sugar Land.

When the Chevron Houston Marathon inquired about having their soccer ball painted, my supervisor Amber Cleveland informed them that I am going to run in the 2022 Houston Chevron Marathon. They thought that it would be awesome for me to paint the ball as both an artist and marathon runner.

I had already been painting soccer balls under the artist Amy Malkan and Shell.

I was already signed up and training for the Houston Marathon before the client came to the school. I was super excited to be able to work and design a soccer ball of my own. It just felt like the perfect fit.

How was this project important to you on a personal and professional level?

I would say that this was my first big project outside of teaching. Professionally, this was a huge step towards working for larger clients. This project really gave me the platform to showcase some of my abilities to design and paint.

On a personal level, it's just been amazing to work on something for the city, especially in relation to the World Cup. All my friends in Houston are excited about it and my parents are proud that my artwork is being showcased.

I'm just grateful to be part of the experience of it all and contribute.

What inspired your artwork for this project?

After talking with the client, we agreed on the theme of running around the world. We used the soccer ball as a giant globe. Medals are placed to showcase where major marathons are run across the world and are connected by footsteps.

I think it was very important for those viewing the soccer ball to be able to say, "hey there's my home country," and then follow the footsteps around the world. Moreover, I think it was important that the trajectory of the footsteps resemble a heartbeat to signify the connection that we share through sports. Showcasing Houston, they are crossing the finish line at the Chevron Houston Marathon.

As a native Houstonian, how would you pitch Houston's pitch to FIFA?

We've got beer, brisket and bodies of water. What more can you ask for?

Learn more about the Art of Soccer project and explore Houston’s arts and culture scene.

Bayou Business Download: A Look at Houston's GDP and How It Stacks Up Against Other Major U.S. Metros

In this episode of Bayou Business Download, we discuss Houston's GDP and how our economy compares with other major U.S. metros. We're joined for this first discussion of 2022 by Partnership Senior Vice President of Research Patrick Jankowski. In this episode we cover:Â  How GDP is determined and what the most recent figures tell us about Houston's GDP.Â  What the change in Houston's economy in 2020 tells us about the impact of the COVID-19 pandemic.Â  How those 2020 changes compared with other major metros around the country.Â  What the 2021 figures are likely to show when they are revealed next year.Â  Bayou Business Download is presented exclusively by:Â  Â  Â  Â  Â  Visit Website
Read More