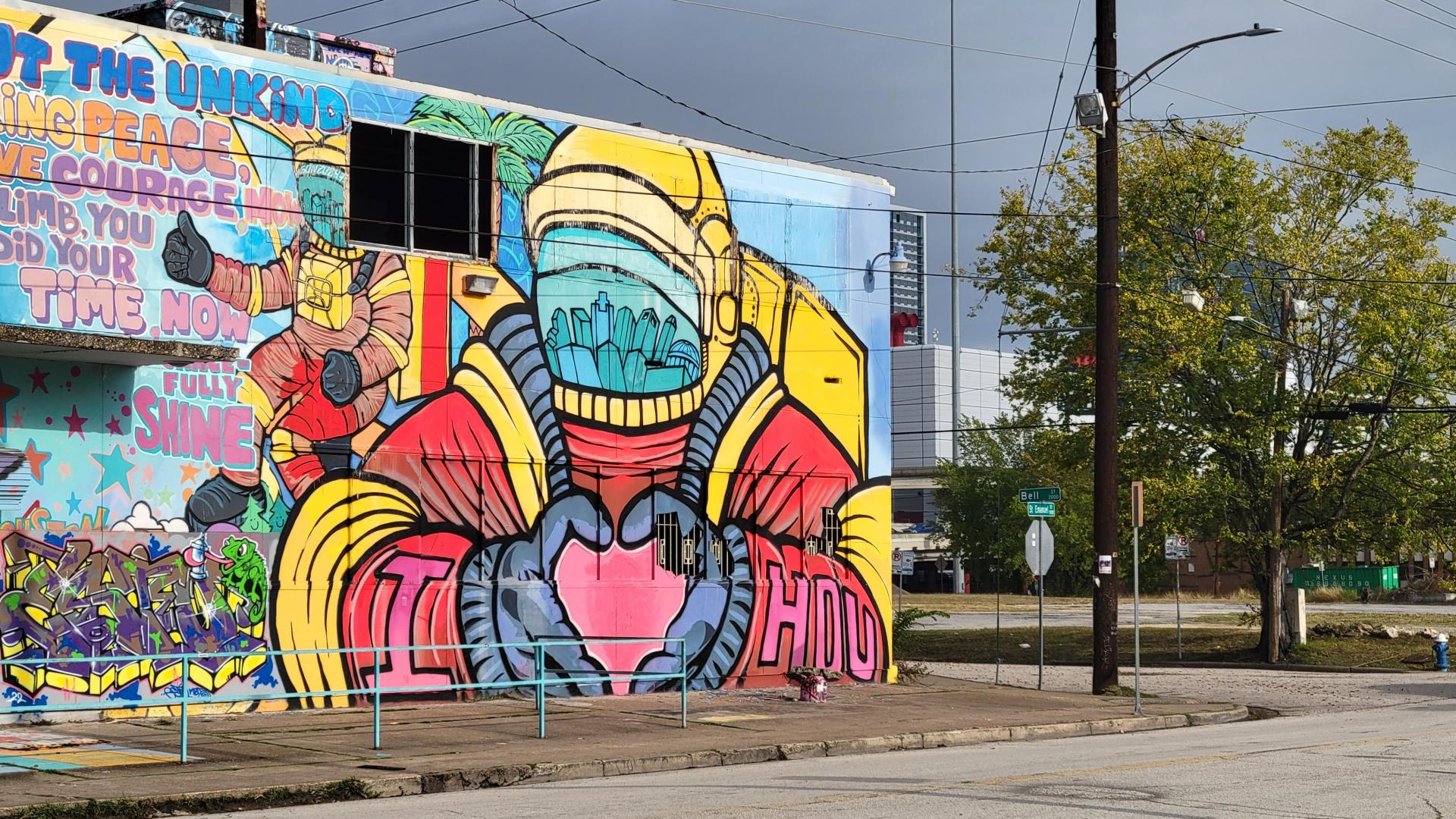 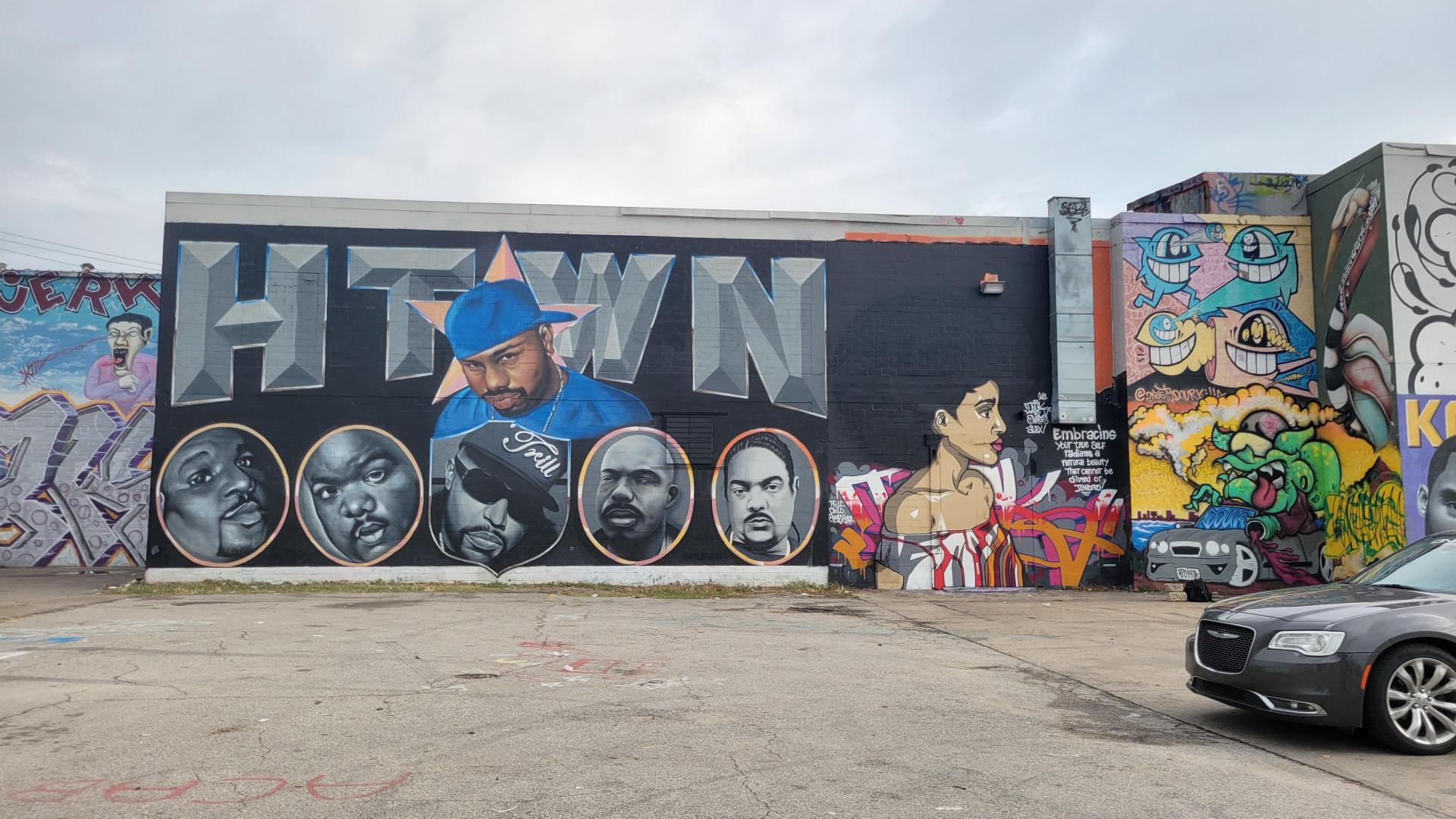 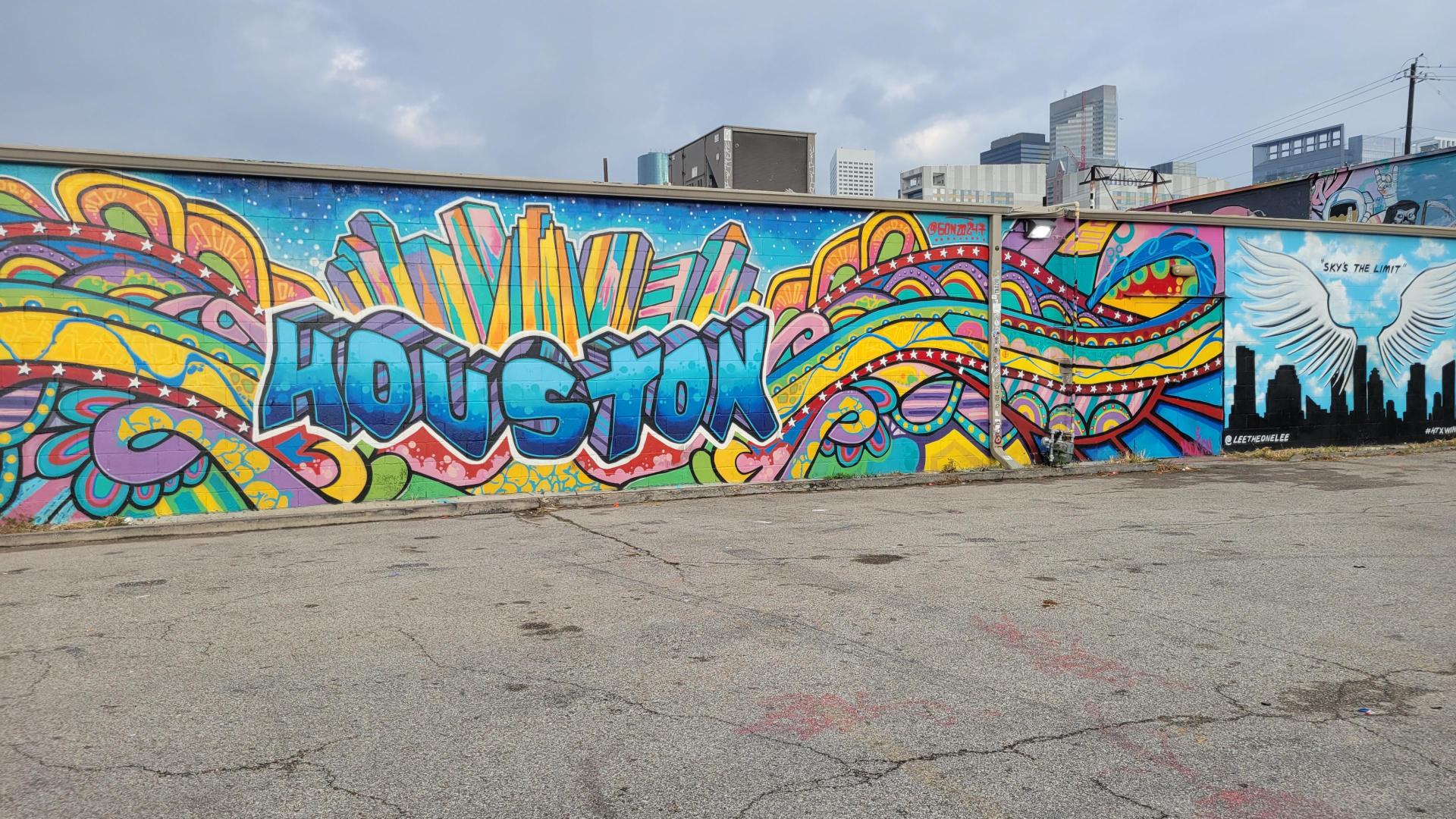 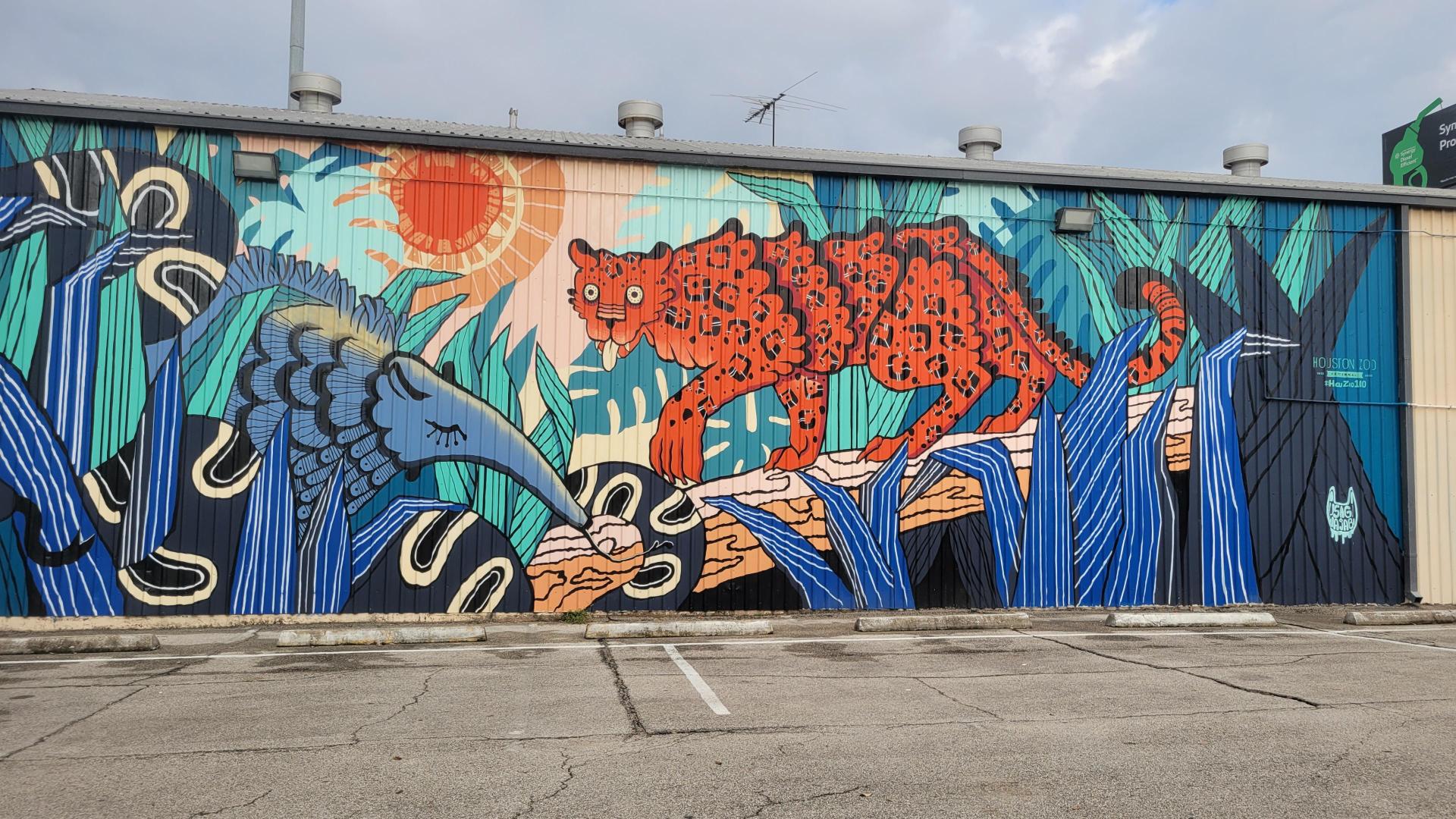 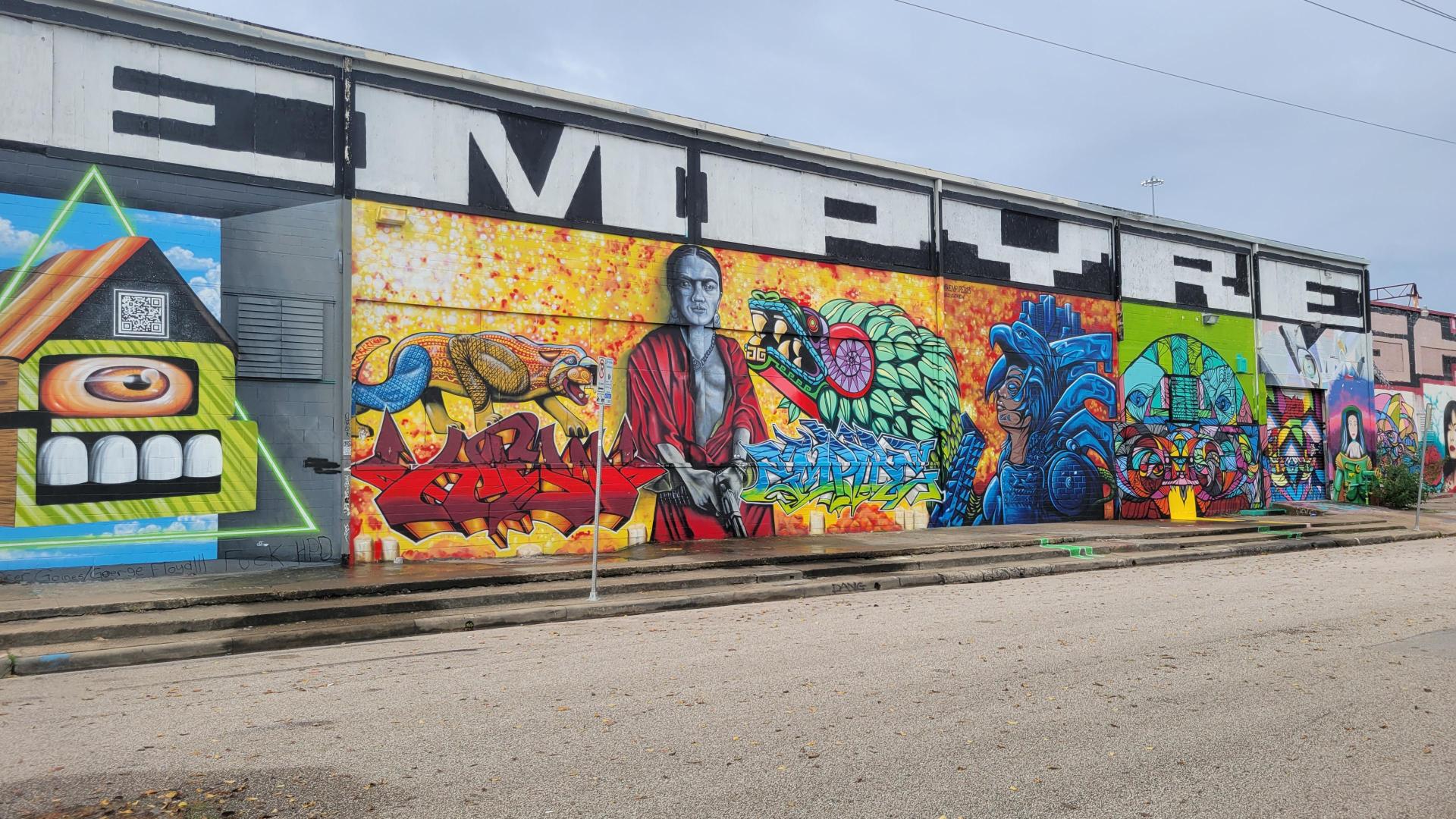 If you walk through any Houston neighborhood, you’ll find walls covered in murals. And it isn’t by coincidence. Over the past decade, cities around the country, including Houston, have embraced the once-illegal art form to promote tourism, transform and connect neighborhoods, provide public spaces for artists, build civic pride and provoke conversation. Houston’s support of street art is evident in the upcoming citywide mural painting festival that will draw artists from around the world to the city, including Houston’s own. 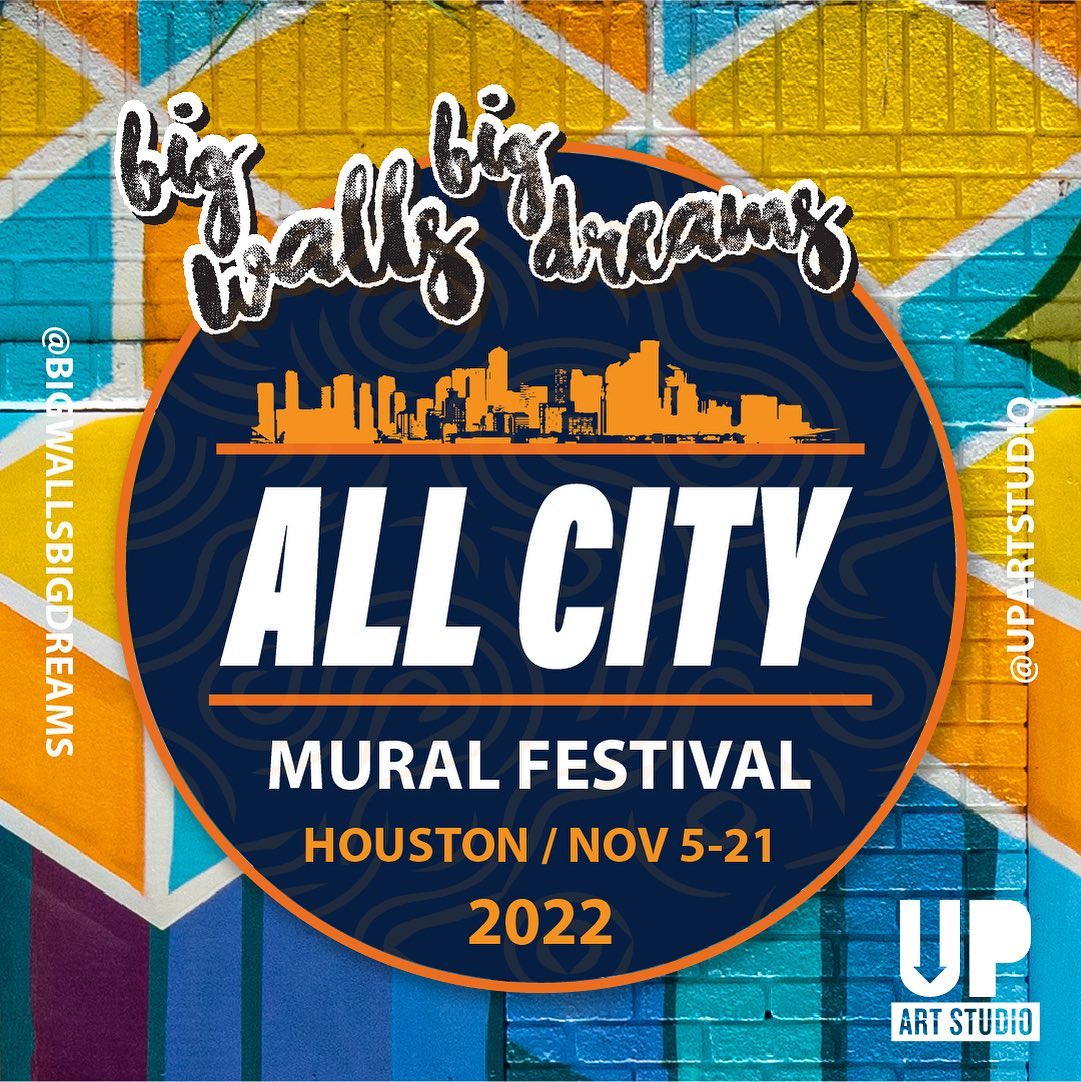 Big Walls Big Dreams: Houston will kick off on Nov. 5. The festival is produced by UP Art Studio, a public art consultant and facilitator, which has been instrumental in facilitating hundreds of murals and art installations around Houston, including the Mini Murals project. Co-founders Noah and Elia Quiles initially started UP Art Studio 10 years ago to respond to a gap.

“We saw that street artists needed walls, space, funding sources, and an organization behind them to help them get paid opportunities,” Elia said. The firm also uses murals as a tool to improve communities and helps graffiti artists build careers as internationally known artists.

Elia credits partnerships with the City of Houston, management districts and other organizations for the growth of Houston’s mural art scene over the past decade. More than 500 local artworks have been created through those partnerships, according to Elia.

“With their project funding, and willingness to say ‘yes’ to some crazy creative projects, none of this would have happened,” Elia said. “Through them, we’ve been able to pay our local artists hundreds of thousands of dollars over the years for their work.  That has made a huge difference, in allowing our local artists to earn a modern living wage.”

Daniel Anguilu is another name that is central to Houston’s street art scene. You can find his art around town, including at Bcycle stations and Bush Intercontinental airport, but his work has also previously been featured in galleries. Businesses, cities, management districts and others now commission artists like Anguilu to beautify their buildings or create spaces where communities can gather.

In 2013, the Greater Houston Convention and Visitors Bureau commissioned Mario E. Figuerora, Jr., or GONZO247, to paint the now-historic “Houston is Inspired” mural, which has become a magnet for Houstonians and tourists around the world. Houston is now home to more than 1,000 murals and art installations, according to the Houston Mural Map.

“The civic and business community today understands that well-done murals provide economic benefits, like attracting more investment, new jobs and increased tourism,” Elia said. “Murals can create a visual representation of stories, neighborhood history, culture and identity.  It shows that places are loved – which also makes them safer and more inviting for business investment and just hanging out.”

“I hope they inspire the next generation to have meaningful conversations and to believe in themselves and their society,” Harris County Commissioner Rodney Ellis wrote about the murals in a Facebook post.

The Quiles also hope Big Walls Big Dreams, which originally launched in Miami during Art Basel, inspires Houston and young artists. The festival runs from Nov. 5-21 and will include public programming, community mural tours, art shows, workshops and more as artists paint about 60 large-scale murals in different pockets throughout the city.

Museum Exhibitions to Check Out This Spring