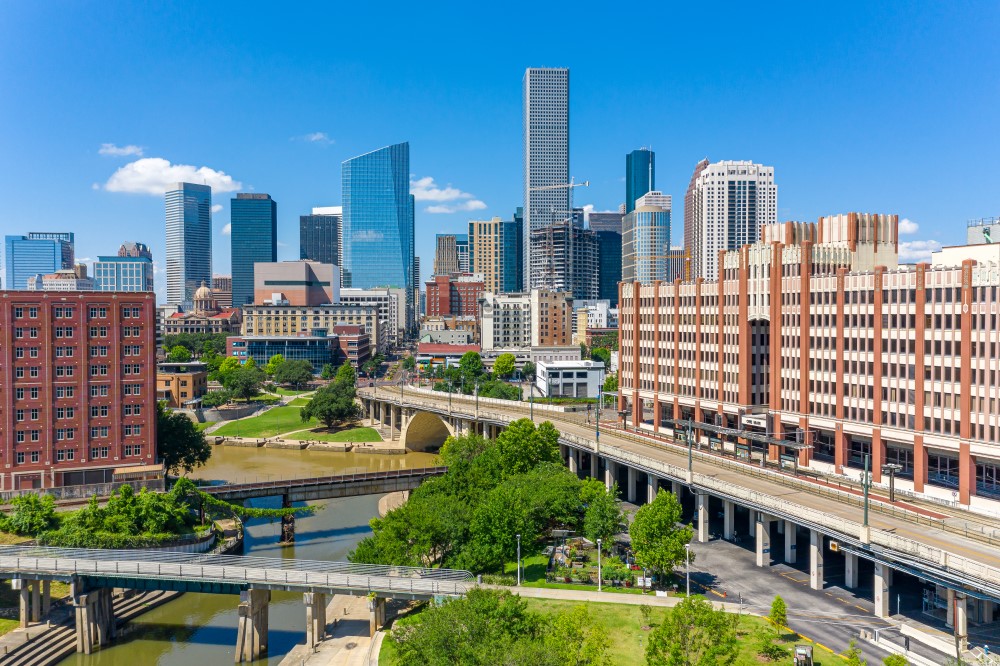 When the global professional services company Accenture wanted to expand and equip its workforce to meet future needs and tap into new talent sources, it turned to a well-known model for developing talent with the right skills: the apprenticeship.

Apprentice programs are work-based-learning models that combine paid work with education and mentorship.

Accenture developed a robust apprenticeship program for many in-demand roles in cybersecurity, digital, data analytics and cloud migration to name a few. Apprentices work both within Accenture’s internal IT group and on client-facing work at the firm's offices across the country, including here in Houston.

“As we were looking to skill more people for jobs of the future, one of the re-thinking things we were doing was looking at our talent pipeline and realizing that there was this untapped potential there,” said Mary Beth Gracy, Accenture’s Houston office managing director.

Accenture re-defined and restructured some roles to fit the earn-and-learn apprenticeship model and purpose. Gracy said this included reviewing whether a four-year bachelor’s degree was truly needed for each role. The result was not a “rip-and-replace” change to hiring or to roles, but rather a mechanism to add the apprenticeship model to the mix, she said.

The company’s apprenticeships last 12 months, and during that time, apprentices are working and getting paid. They also receive coaching and support from Accenture mentors who enhance the educational aspect of the apprenticeship model. Accenture does not require apprentices to have bachelor’s degrees (though a high school diploma or equivalent is required); it does seek candidates who are curious about business and technology and want to constantly learn, who can look at problems both analytically and creatively, and have demonstrated teamwork and collaboration while at school, in another job, or in the military.

Apprenticeships have a long association with specific trade and craft careers in areas such as construction, extraction, manufacturing, maintenance, and production. The apprenticeship model, however, is being embraced by more industries for a wider range of roles because it is a proven model for developing talent to unique employer specifications, including technology, as Accenture has done. Research conducted by Harvard Business School and Burning Glass Technologies (now Emsi Burning Glass) shows that the apprenticeship is a known pathway into just fewer than 30 occupations, but the model has ‘room to grow’ to almost 50 other occupations in areas as diverse as financial services, tax preparation, customer service, and human resources. Nearly half of these are occupations that do not require a bachelor’s degree (i.e., tax preparers, customer service representatives), and more than half are ones for which a bachelor’s degree is preferred but call for requisite skills can be obtained without one (i.e., claims adjusters, computer support specialists).

The Harvard-Burning Glass report sets out criteria employers can use to identify occupations around which apprenticeships could be built: they are not heavily licensed, they require a relatively narrow cluster of skills, they generally require a worker to hold a high school diploma (equivalent) or an associate degree, they tend to have higher-than-average worker stability, and they pay a living wage.

Apprentice programs are assets to employers – and should be treated as such (as opposed to as an expense), report co-author Joseph B. Fuller, of Harvard’s Managing the Future of Work initiative, told the audience of an UpSkill Works Forum held by the partnership’s UpSkill Houston initiative this past June. Apprenticeships develop talent to employer specifications and have been used effectively to open pathways to good jobs to new talent pools. In addition, they boost engagement among incumbent employees because it highlights an employer’s commitment to bringing in  talent and to “lift people up,” he said.

And that’s where Accenture has found success in its apprentices, said Accenture’s Gracy. The company has extended full-time job offers to the majority of apprentices upon program completion; these individuals have shown that they have the right skills and the right fit with the company’s culture, Gracy said. But the program’s real accomplishment has been in expanding opportunities for new talent and bringing them seamlessly into the company. Apprentices are fully integrated into Accenture’s workforce – some in internal roles and some in client-facing roles – with no obvious distinction made between the apprentice and other employees.

“To me, that’s the real success. We’re bringing in candidates that would not traditionally have had access to these jobs and they’re thriving in careers alongside everybody else,” she said.

Gracy’s advice to employers planning to start an apprentice program is simple. Start small (as Accenture has in its locations) prepare to provide extra counseling and educational aspects that are an apprenticeship’s hallmark, and talk to other employers who have developed and implemented their own programs. Employers are excited to talk about their programs and share how they were built, she said.

Accenture and Aon introduced their first apprentice network in Chicago in 2017, and developed a national playbook for professional apprenticeships. They have worked together to form other apprentice networks across the country including in Washington, D.C., Northern California, Minnesota, and Philadelphia. They launched the GHAN in the fall of 2021 with support from the Partnership and the UpSkill Houston initiative. GHAN founding members include Amazon Web Services, Dow, Texas Mutual Insurance, University of Texas MD Anderson Cancer Center, and Worley.

Employers interested in designing and implementing an apprenticeship program can reach out to the GHAN here.

UpSkill Houston is the Partnership’s nationally recognized, employer-led initiative brings together business, education and community leaders, and the public workforce system to develop a skilled workforce and create good pathways to opportunity for all. Learn more and get involved here.

Bayou Business Download: How Many Jobs Will Houston Create in 2022?

In this episode of Bayou Business Download, we look at what 2022 has in store for the Houston region with Partnership Senior Vice President of Research Patrick Jankowski.Â  Key topics include:Â  The employment forecast for 2022 in HoustonÂ  The factors impacting specific sectorsÂ  What is likely to drive growth both at the local and national levelÂ  Some of the forces that could derail the region's ongoing recoveryÂ  Read the 2022 Employment Forecast here.Â
Read More