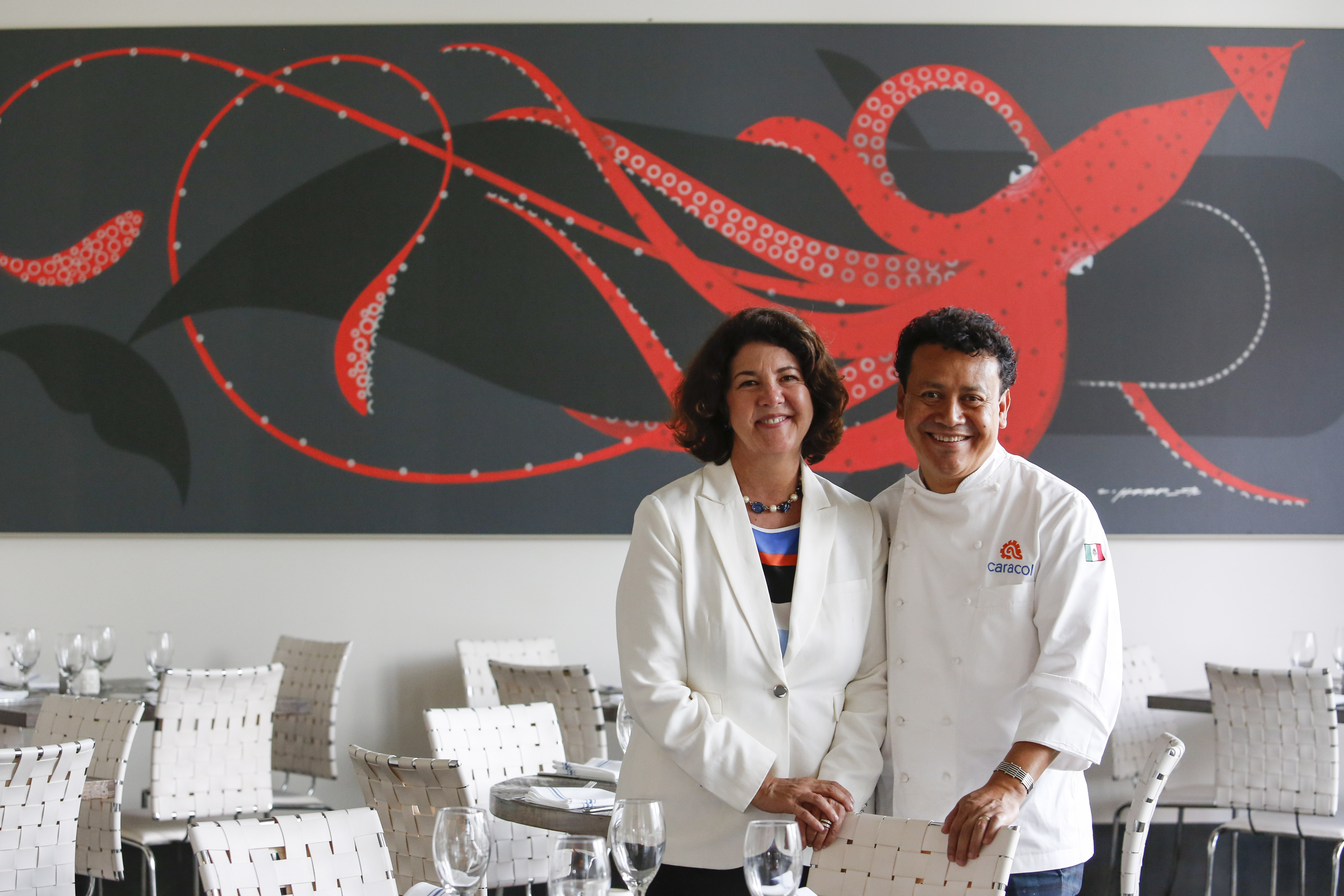 It's no secret that Houston is a major foodie town. Our region’s food culture is so strong and diverse that according to a recent report from Yelp, the region has over 80 categories of cuisine, including Cajun, Latin American, Ramen, Polish and Vegan. Houston is also home to nearly 1,000 food trucks and 675 drinking establishments.

WalletHub recently confirmed our standing by naming Houston among the top 20 Best Foodie Cities in the nation. The personal finance website compared more than 180 U.S. cities across 29 key indicators, ranging from the cost of groceries to the diversity of restaurant options. Houston took the number one spot on the survey for having the most restaurants per capita and the top city for affordability and accessibility of highly rated restaurants.

To dig into the Bayou City's food and restaurant culture and what it's like being a restaurateur in the country's fourth largest city, we sat down with Tracy Vaught, owner of Partnership member company H-Town Restaurant Group, the restaurant group behind some of the region’s most iconic restaurants, such as Hugo's, Xochi, Backstreet Café and many more.

What do you think are the characteristics that make Houston’s restaurant scene unique?

The diversity of cuisines, the acceptance of those restaurants by the mainstream and being on the Gulf coast with access to great seafood.

How has Houston’s culinary scene changed post-pandemic? Are all of the changes negative or are there any silver linings?

We are not post-pandemic yet. Many restaurants, including mine, are not open full hours like before the pandemic. Many have not fleshed out their menus (both food and wine like pre-pandemic), many guests still only dine outside or do to-go or delivery. Restaurants and bars continue to close. We still have plexiglass barriers in some cases. It is crazy difficult to hire employees and prices are through the roof. At this time, I do not see a silver lining.

Different cultures add a richness to our culinary scene. It also adds to the acceptance of other cultures when we eat their food and receive their hospitality.

WalletHub recently ranked Houston the number one city in the U.S. for affordability and accessibility to highly rated restaurants. Do you tend to agree that we excel in these areas? Where else does our scene really stand out when you compare it with other major cities?

Yes. I agree. Houston has great food and it's more accessible price-wise than other places in the country.

In the recent Wallet Hub survey, Houston was also ranked No. 1 nationally in restaurants per capita. Houston has always prided itself for its entrepreneurial spirit. Do you think there is a correlation between the two? Or do Houstonians just prefer to eat out more?!

It’s both. We do have an entrepreneurial spirit and all Houstonians recognize and celebrate that. But we love to get out and have a great meal. Perhaps the prices being more accessible encourages us to eat out more frequently.

Your H-Town Restaurant Group recently opened a brand new concept called Urbe. Can you tell us a bit about what’s behind this concept?

Hugo and his brother Ruben, our executive pastry chef, published a cookbook in 2012, Hugo Ortega’s Street Food of Mexico. After all that research and travel, we thought we would open a restaurant celebrating that. We ended up opening a seafood restaurant, Caracol, and an Oaxacan restaurant, Xochi before we got to our street food concept, but we never forgot it.  We finally put it together, got a space, and then the pandemic happened. The opening was delayed but we finally got it open (end of August 2021). It is our first time to do breakfast, have a bread and pastry counter, do smoked meats, serve via counter service (breakfast and lunch), and have a developed coffee program. It is also the first time (since the early years of Backstreet Cafe in the early 1980s) that we have served frozen drinks.

Some might see it as risky to launch a new concept in what remains a somewhat challenging environment. What gives you confidence?

The papers were signed before the pandemic, so I had no choice but to proceed. I delayed the opening for a few months to try to be mostly on the other side of the pandemic.

What is a must try dish at one of your restaurants for someone new to Houston?

A rite of passage is to get the Chapulines (grasshoppers) at Hugo’s. My daughter takes all her friends there for their first Houston meal. Other items I’m loving right now are the Oxtail French Onion Soup at Backstreet Cafe, the Campechana at URBE (it has orange Fanta as one of the ingredients – very street food!), wood-roasted oysters with chipotle butter at Caracol, and Chamorro de Puerco (pork shank with tomatillo, purslane and masa dumplings) at Xochi. And you really must have one of the chocolate desserts at the four Mexican concepts – we make the chocolate in-house!

When you think about the future of the local restaurant scene, what are you most excited about?
I like how restaurant owners got together for good solutions during the pandemic.

Learn more about living in Houston and the region's restaurants and nightlife.