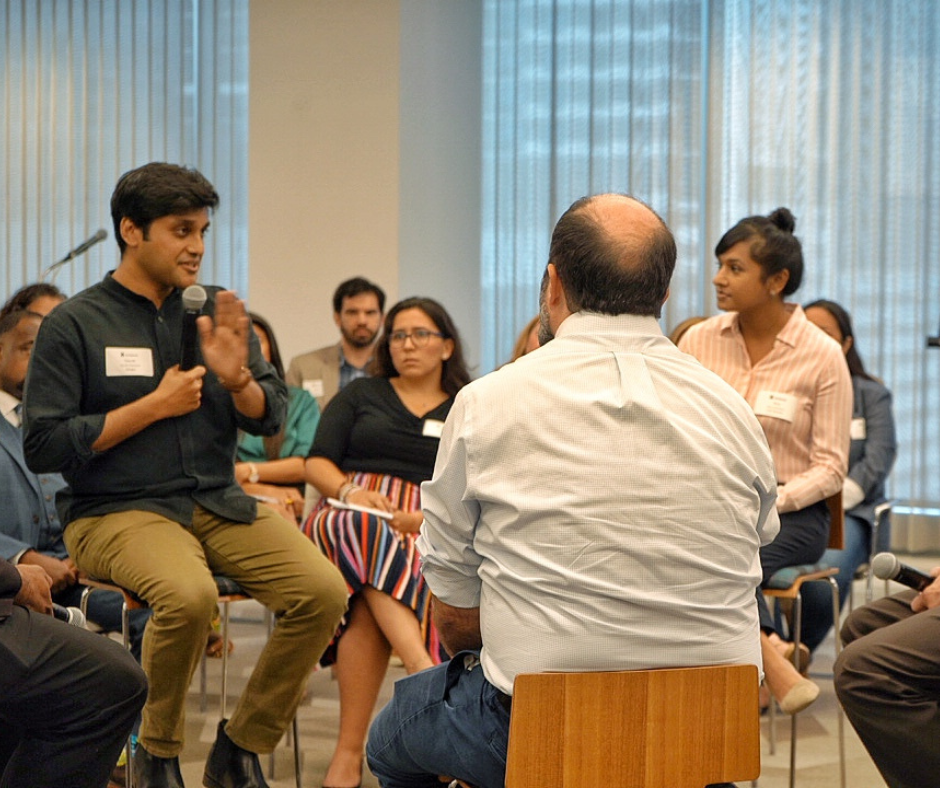 Dr. Gaurab Chakrabarti, CEO and Co-founder of Solugen, took the stage at the Partnership’s Illuminate Houston event this week to highlight Houston’s thriving innovation ecosystem and the success Houston-based Solugen has achieved in the energy transition.

As a formally trained physician-scientist, Dr. Chakrabarti took the meaning of his oath to do no harm beyond patient care or medical applications, leading him to seek a path to transition the world to clean chemistry. Dr. Chakrabarti and Dr. Sean Hunt co-founded Solugen in 2016, developing innovative technology to catalyze the transition away from carbon-based chemistry used in almost all products today.

Dr. Chakrabarti said Solugen’s decision to relocate its headquarters from Silicon Valley to Houston was based on the region’s ideal ecosystem of world-class chemical engineers, the forward-thinking biologists in Houston’s medical center and a customer infrastructure with petrochemical plants looking to decarbonize their industry.

“Our gross margins were 70-80% compared to 20% in Silicon Valley, and we thank Houston for that,” said Dr. Chakrabarti, “While we have offices in Boston and elsewhere, we have found the best entrepreneurs in Houston allowing us to scale up in a timely manner compared to what would’ve taken years in Silicon Valley.” 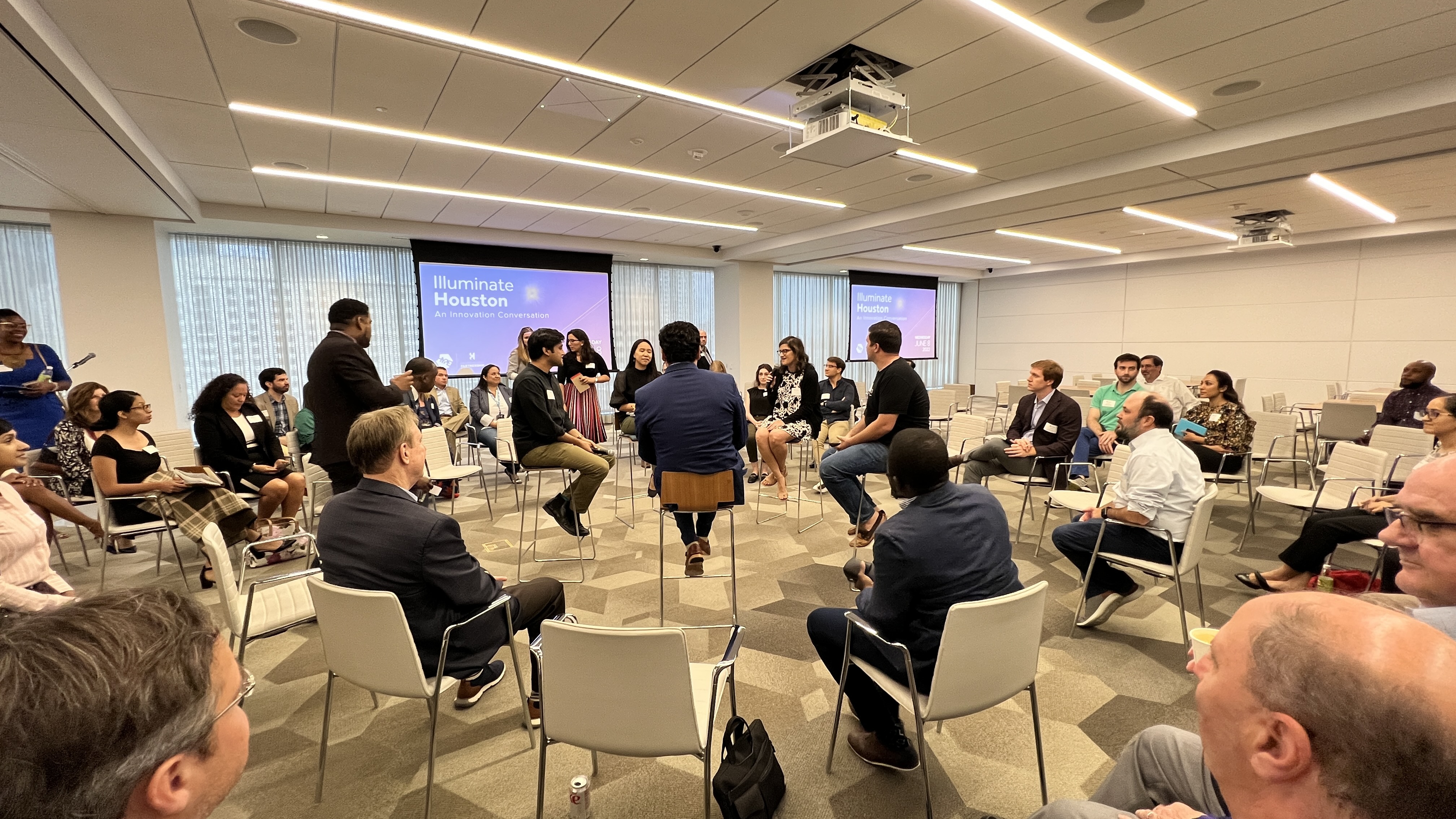 “We received many objections stating that we didn’t know what we were doing, but we asked enough questions to know the customers despite [our] being young and inexperienced, which is what set us apart from other failed cleantech startups. To get to a diagnosis, you must know your patient’s pain,” Dr. Chakrabarti said.

Thanks to its geographic location and energy infrastructure, Solugen is looking to expand in the upcoming years with a goal of availing 5 million metric tons of CO2 in the next five years. “As a native Houstonian, it’s always so exciting to see the investment and growth of the community,” Dr. Chakrabarti said.

Learn more about Houston’s role in energy transition during the Partnership’s Future of Global Energy Conference from June 28-30. And learn more about the HYPE business resource group.