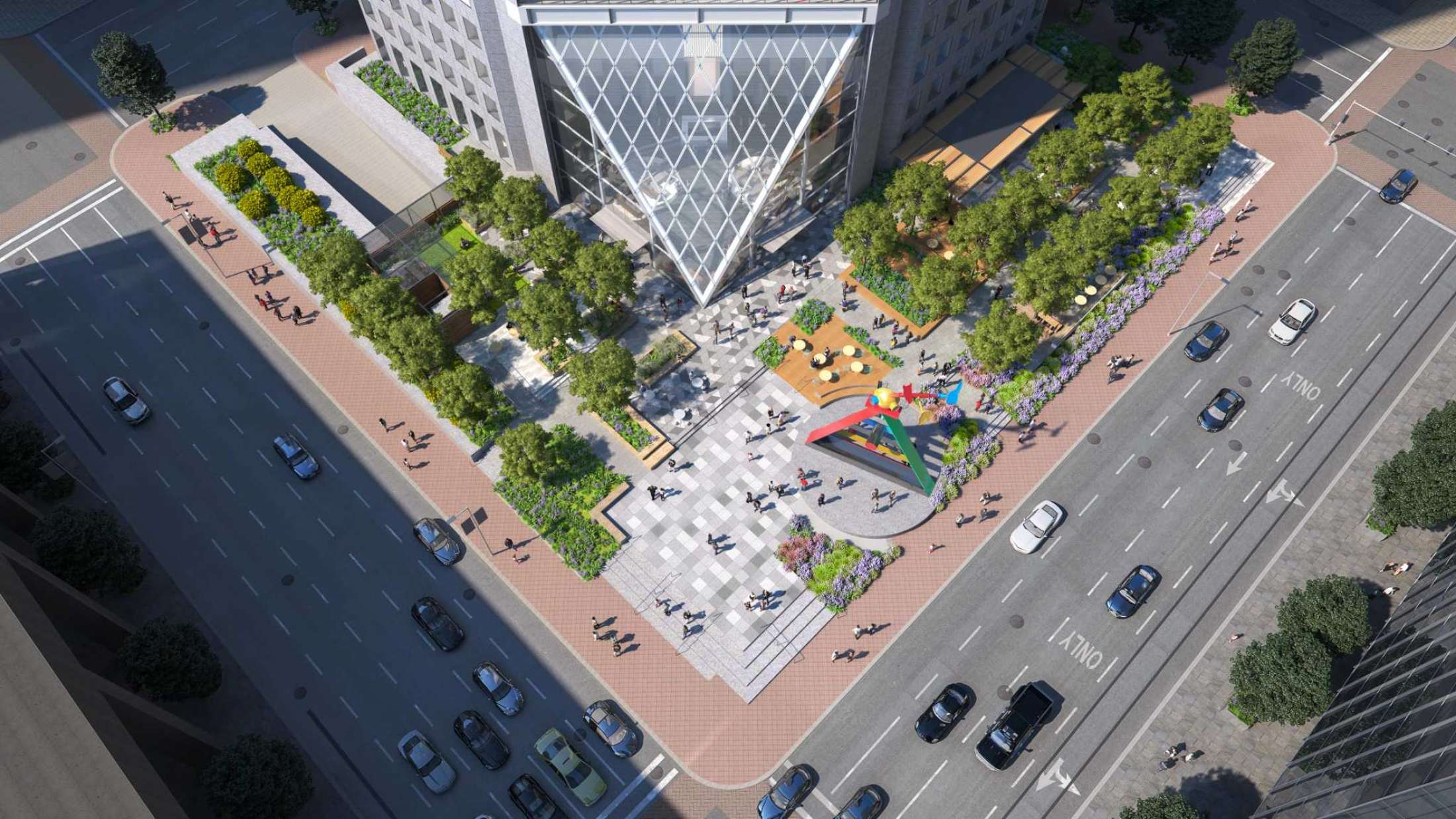 JPMorgan Chase has just completed its move back into its namesake building at 600 Travis Street.

More than 1,700 of the major investment bank's employees are occupying 12 floors in the 75-story JPMorgan Chase Tower, the tallest building in Texas. Most are tech workers with JPMorgan Chase's Houston Technology Center, which the company relocated from 1111 Fannin. The Center, established in 2002, brings together more than 1,6000 employees from seven lines of business. JPMorgan Chase, a Partnership board member company, plans to fill more than 250 positions.

“Our bright, open concept office is filled with the latest in collaboration and private spaces for our software engineers to leverage. This office represents the next generation of workspace design and positions us well for continued growth in our engineering community,” said Forrest Duke, head of the Houston Technology Center.

JPMorgan Chase signed a 250,000-square-foot lease with Hines last summer, kicking off a major renovation of the entire tower, including a reimagined lobby featuring a new glass pyramid entry inspire by the Louvre Museum in Paris as a nod to the tower's original architect, I.M. Pei, as well as a vibrant urban garden with more green space. The former Sky Lobby on the 60th floor has also been redesigned as an exclusive lounge for the building's tenants. Renovations are slated to be complete by October.

“Gerald D. Hines and Ben Love forged this partnership nearly 50 years ago, and we are proud to welcome back JPMorgan Chase into one of the most iconic buildings in Houston, one that carried their name for decades,” said John Mooz, senior managing director at Hines. “We look forward to completing our renovations that will modernize the building’s offerings and ensure a best-in-class tenant experience.”

JPMorgan Chase's historical Houston roots go back 155 years. Today, the company employs nearly 5,000 workers in the Bayou City. In its real estate announcement, JPMorgan Chase said its move back into its iconic tower creates a centralized downtown campus for the company. That includes the company's historic building at 712 Main St., located just across the tower at 600 Travis St.

“JPMorgan Chase has been an integral part of Downtown Houston’s business landscape for many years, and we are thrilled to join them in celebrating the transformative development of their centralized campus and technology hub,” said Bob Harvey, president and CEO of the Greater Houston Partnership. “The company’s enhancement of their technology center marks another critical moment in Houston’s tech renaissance and further propels Houston’s national reputation as a prominent innovation hub.”