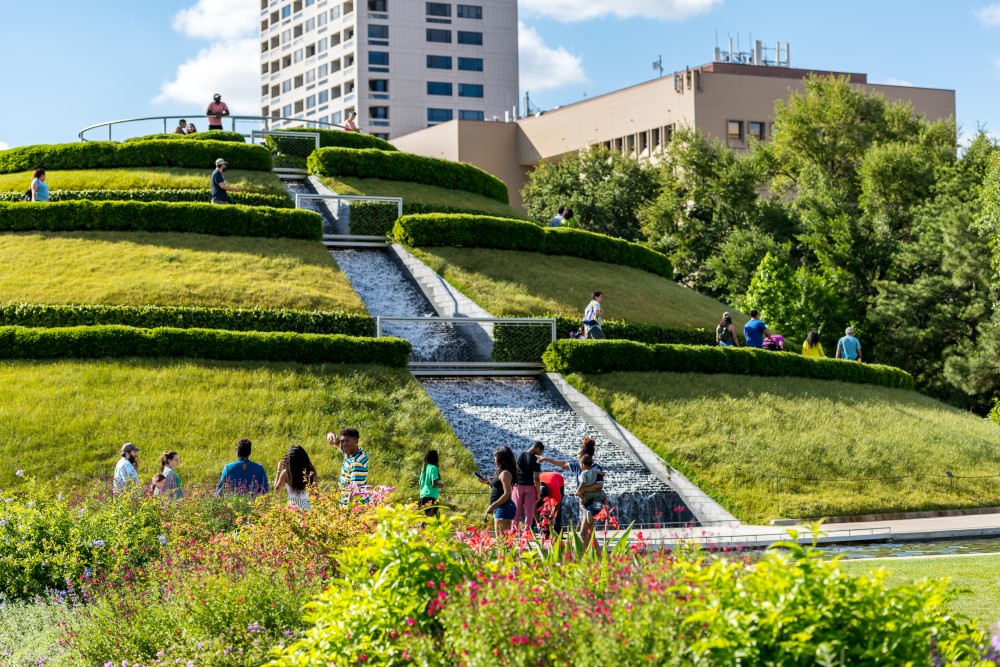 What does Houston’s population look like today? How has the energy industry changed here in recent decades? And just how much does the arts and culture sector contribute to the local economy? These questions and many others are answered in the Partnership’s annual Houston Facts publication, a helpful reference guide and resource for understanding the dynamics of the region.

Houston Facts is put together by the Partnership’s Research team led by Patrick Jankowski. In an August 4 virtual presentation, the staff discussed various segments of this year’s publication. Here are a few highlights from team members:

HOUSTON (September 17, 2020) -Â The Greater Houston PartnershipÂ released theseÂ statements on behalf of its president and CEO, Bob Harvey, with regards to Governor Abbott's expansionÂ of the stateâs reopening plans. More details about the announcement and the modified metrics may be found here. Statements Attributable to Bob Harvey, president and CEO, Greater Houston PartnershipÂ  On Governor Abbottâs announcement We are pleased that Governor Abbott has signaled we are moving forward with reopening a greater portion of the Texas economy. Houstonians have done a great job working together â masking up and maintaining social distancing â to slow the spread of COVID-19 in our community. It is now critical that we get Houstonians back to work and restore our small businesses that have been so severely impacted.Â  However, as we continue to reopen, it is even more critical that we do so safely and sustainably.Â  On importance of maintaining practices to safely reopen the economy Houstonians have shown we can manage COVID-19 in our community by wearing masks, washing our hands and keeping our distance from others. As the economy continues to reopen, it is crucial that we continue these practices to ensure the safety and wellbeing of our families, our employees, and our community.Â  As we increase our activity, we cannot let our guard down. COVID-19 is still prevalent in greater Houston. We must be vigilant and continue practicing the same safety measures that helped us slow the spread of COVID-19 in recent weeks. If we all do our part, we can enjoy a better quality of life this fall.Â  ### Greater Houston Partnership The Greater Houston Partnership works to make Houston one of the best places to live, work and build a business. As the economic development organization for the Houston region, the Partnership champions growth across 12Â counties by bringing together business and civic-minded leaders who are dedicated to the areaâs long-term success. Representing 1,100 member organizations and approximately one-fifth of the regionâs workforce, the Partnership is the place business leaders come together to make an impact. Learn more at Houston.org. CONTACT: Â  Â  Vice President, Communications Â  Â  Â  Â Â  (c) 504-450-3516 |Â amistretta@houston.org Maggie MartinÂ  Senior Manager, Communications Â  Â  Â  Â Â  mmartin@houston.orgÂ
Read More

When COVID-19 struck Houston in March, Constantine Zotos and Mitchell Webber were among the thousands of business owners with one question - "what now?" The pairÂ was running Recharge Brewing Company, a nitrogen-infusedÂ cold brew coffee subscription business with six employees and over 100 retail and office accounts around Texas. But when the pandemic prompted demand for their product to drop, Zotos and Webber knew they had to quickly think of next steps. On this episode of Small Biz Insider, we talk with Zotos and WebberÂ about launchingÂ Modern Chemical, which produces EPA-registered hand sanitizer and disinfectant products withÂ B2B clientsÂ across the country.Â  Key topics:Â  How they got through the early days of the business, including night shifts broken up byÂ 2 hour napsÂ  What steps they took to ensure their productÂ stood out from the competition What lessons they took from Recharge and how they applied it to Modern Chemical Connecting with customers without the face-to-face interaction Small Biz Insider is presented by:Â  Â  Â  ClickÂ hereÂ for more COVID-19 resources for small businesses.Â Visit the Partnership'sÂ COVID-19 ResourceÂ page for updates, guidance for employers and more information.Â  The Small Biz InsiderÂ podcastÂ is part ofÂ our digital series highlighting entrepreneursÂ in the greater Houston region who are making a big impact in the small business community.Â  If you have an idea for a guest or topic, email mmartin@houston.org. Subscribe toÂ Small Biz InsiderÂ through these popular podcast players: Listen on Apple Podcasts Listen on Google Podcasts Listen on Spotify
Read More

As the largest port in foreign tonnage in the nation, Port Houston is an economic engine supporting the Houston region, the state of Texas, and the nation. Join us as …