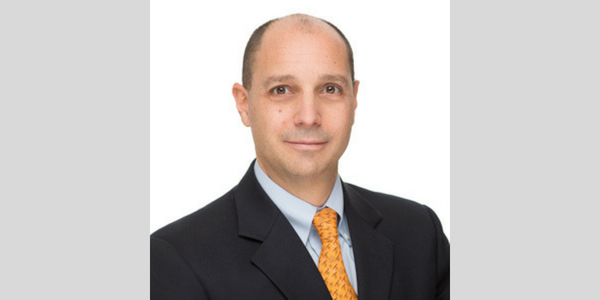 As negotiations between Mexico, Canada and the U.S. continue around a revised version of NAFTA, considerable hurdles remain. On Monday August 20, the Partnership will host NAFTA and the Americas, an event to discuss the realities, expectations and likely changes in trade among the three countries.

Antonio Ortiz-Mena, a senior vice president providing strategic counsel on trade and Latin America at the Albright Stonebridge Group, will provide a keynote presentation. Prior to joining ASG, Dr. Ortiz-Mena served for over eight years as the Head of Economic Affairs at the Embassy of Mexico in the United States, advising U.S. companies with a presence in Mexico and Mexican companies with a presence in the U.S. on regulatory and government issues. In this role, he served as the Embassy Liaison with the IMF, the World Bank, and the Inter-American Development Bank, as well as the G20.

The Partnership asked Dr. Ortiz-Mena to provide some insight into the current state of negotiations and the possible implications for Houston.

What do you see as the biggest obstacle to a new NAFTA 2.0?

If I had to pick one, it’s the sunset clause. The basic aim behind any international trade agreement is to generate certainty, not only to reduce tariffs. Trade agreements create predictability for importers, exporters, consumers and the nations themselves…As it’s proposed now, NAFTA would cease to be in force every five years unless the countries determine otherwise. But companies are less likely to invest if they don’t know what the rules will be in years six, seven or eight. This is not a Mexican or Canadian negotiating tactic; it undermines the logic of the agreement itself. If sunset is not modified, it’s a no go.

Given the circumstances and the tenor of discussions right now, are you more optimistic or pessimistic about the future of NAFTA?

I hope that we will get a modernized NAFTA that is a trilateral NAFTA, the sticking points are not technical issues, they are political decisions. For example, do you want to do away with a sunset clause or not? We’re down to the big political issues and remember in trade negotiations nothing is agreed upon until everything is agreed upon.

How do you anticipate trade relations between the U.S. and Mexico to change under the new Mexican president?

I would expect Mexican trade relations overall to change somewhat, but not so Mexican-U.S. trade relations. Let me explain. The incoming government has pretty similar views on NAFTA to the current one, and if the U.S. does not remove its Section 232 steel and aluminum tariffs on Mexico, I don’t see any significant changes in terms of Mexico-U.S. trade relations. One area that might change with implications for Houston is energy. The next government has a more nationalistic, less pragmatic, view of hydrocarbon policy. At a minimum, it will likely slow down reform…That said, Mexico’s broader trade relationships may change, particularly with Europe, Asia-Pacific and Latin America. I foresee an overt strategy by the next Mexican government to diversify trade relations beyond what has been a considerable focus on the U.S.

For a city like Houston whose economy is heavily dependent on foreign trade, what should we be most concerned about as negotiations continue?

Number one, look at what happens to NAFTA’s investor state dispute settlement mechanisms as part of these negotiations. The U.S. wants to weaken or eliminate such provisions. How are investment disputes going to be settled? Number two, look at the NAFTA energy commitments and what does Mexico agree to in terms of energy, such as energy trade and regulatory cooperation. This will be important to Houston.

Houston climbed six spots on this year’s list of America’s Best Cities, buoyed by attributes like its diversity, culture and economic development…