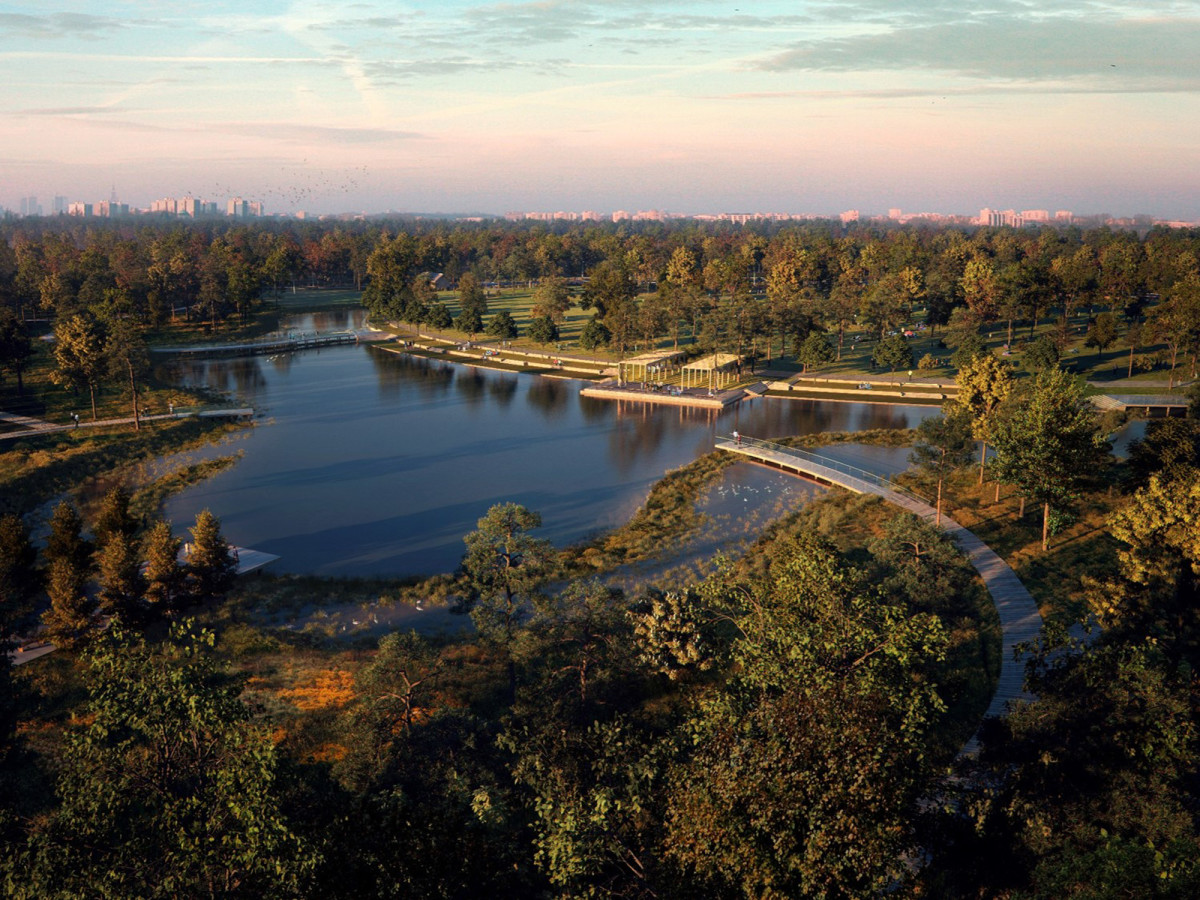 Though sometimes criticized for urban sprawl and its lack of zoning, Houston is actually one of the greenest cities in the nation. There are more than 66,600 acres of park land and 580 parks in Houston, according to the Trust for Public Land. In fact, there are 28.6 acres of parkland per 1,000 residents, well above the median of 8.1 acres per 1,000 residents for U.S. cities of similar density. Here are a few significant park and greenway projects on the horizon.

Memorial Park’s $205 million master plan is being developed in stages. New trail infrastructure was created in 2019. The park’s 100-acre Eastern Glades will open this summer as a park-within-a-park that will feature wetlands, a five-acre lake, trails, picnic pavilions, a boardwalk and education opportunities. One of the more remarkable features of the master plan is the Land Bridge that will connect each of the prairie wetlands on either side of Memorial Drive with a 30-foot-high land arc. The Land Bridge is slated for completion in 2022. Also delivering in 2022 will be a $21 million memorial for fallen soldiers who trained at a WWI-era Army camp on the site. learn more

The $35 million initial phase of the Houston Botanic Garden will open in fall 2020 featuring a discovery garden, boardwalk, edible garden and a collection of live oaks. The master plan for the 132-acre gardens will be executed over the next 30 years, transforming a former golf course in the city’s East End into a world-class plant showcase. Phases will include multiple botanical environments from around the world, from Africa to the Mediterranean. Water features, art installations and gathering spots will help round out the experience. learn more

The century-old Hermann Park has launched a 20-year master plan that will reimagine the city’s most visited park. Work began last year on the first phase dubbed The Commons at the corner of Cambridge and Fannin streets, just across from the Texas Medical Center and Rice University. The Commons will bring an innovative playground, large lawn, space for public art and food and more to the urban park. Other projects on the horizon at the 445-acre Hermann include enhancements to 55 acres of habitat and parkland, 20 miles of new trails, 2,000 new trees and a parkwide bicycle network. learn more

Six years after developing the 160-acre linear Buffalo Bayou Park just west of downtown Houston, the nonprofit Buffalo Bayou Partnership has turned its attention downstream. In fall 2019, the partnership revealed plans for a four-mile stretch of Buffalo Bayou that runs east of downtown. The vision calls for 40 miles of new and improved waterfront trails and bikeways, 200 acres of parks and unique public spaces, seven new boat landings and seven new pedestrian bridges. Many existing buildings and industrial structures will be repurposed as part of the 20-year plan. The partnership has spent the last 15 years assembling a 70-acre patchwork of public spaces and buildings along the waterfront. learn more

Launched in 2014, the Bayou Greenways 2020 initiative aimed to create a continuous park system along Houston’s major waterways. With completion set for the end of this year, more than 3,000 acres along the bayous are being transformed into linear parks with more than 80 new miles of hike-and-bike trails. The project is being implemented across 150 miles of bayous, and when finished, 60 percent of Houstonians will live within 1.5 miles of a Bayou greenway. The project is a is a public-private partnership between Houston Parks Board and the Houston Parks and Recreation Department. learn more

Following the success of downtown Houston greenspaces such as Market Square Park and Discovery Green, the Downtown Redevelopment Authority will create a new yet unnamed park on three-fourths of a block at the southern edge of the district. The park will include sustainable plantings, interactive water features, a new café from the team behind the popular Tout Suite eatery, a dog park and art installations. Backers believe the park will help anchor activity in what is rapidly becoming a residential hub on the southern end of downtown where more than a half-dozen residential projects have opened in recent years. learn more

The North Houston Development Corporation opened the $25 million Rockstar Energy Park in August. The bike park is part of a 30-acre complex that includes the largest free skate park in the nation. There are 11 attractions within the 3,500-seat bike park, including a BMX track, BMX Super Cross track, street-riding plaza, track for kids and a performance pavilion. In 2020, the park will host the BMX Nationals and World Championship Qualifier this March, and the UCI BMX World Championships in May. learn more

Get more details on the area's parks and green spaces in the Living in Houston section and in the most recent edition of Houston Facts.