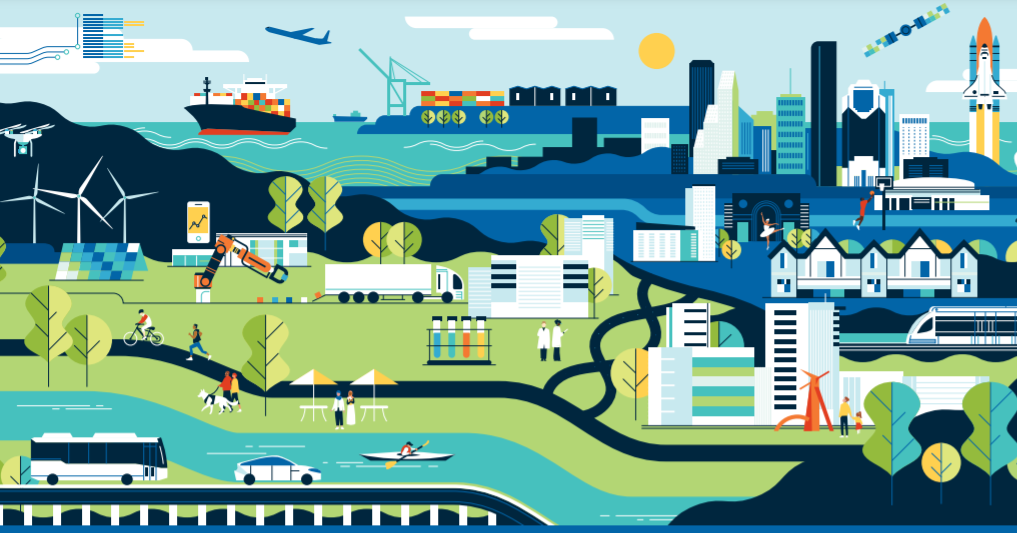 HOUSTON (March 15, 2021) – A new report released this week by the Greater Houston Partnership and Houston Exponential outlines the tremendous growth in Houston’s tech ecosystem in recent years as evidenced by the expanding workforce as well as startup and venture capital activity. The report also highlights the region’s unique strengths in the sector.

Houston is home to 8,800 tech-related firms, including over 700 venture-backed startups. The region has also become a thriving hub for digital technology talent. With more than 235,000 tech workers, Houston has the 12th largest tech sector in the U.S., which generates $28.1 billion to the region’s GDP.

Venture capital investment has nearly tripled in Houston over the last five years, from $284 million in 2016 to $753 million in 2020, a new record high for the region. Growth reached across all industries of Houston’s innovation economy, but the trend is most pronounced in the region’s top three sectors for venture capital funding: health care, information technology and energy.

The report also finds that certain niche markets show special promise and are overrepresented in the region’s ecosystem compared to the national average.

As Houston has worked in earnest to create a more robust tech and innovation ecosystem, over 30 Startup Development Organizations (SDOs), including non-profits, incubators/accelerators, coworking spaces and makerspaces have either opened or announced upcoming plans to open since January 2017. Today, Houston is home to more than 50 SDOs, including The Cannon, Downtown Launchpad, East End Maker Hub and the soon-to-open Ion, which will anchor a 16-acre innovation district in Midtown.

“Houston is a city that has been leading the way for decades, with breakthrough innovations that have truly changed the world,” said Bob Harvey, President and CEO of the Greater Houston Partnership. “Over the past few years, we have been working to transform an already incredible economy into one that competes as a leading digital tech city.”

To be sure, the momentum is relatively recent. Four years ago, recognizing the opportunity to capitalize on Houston’s cultural and economic strengths, and the need to develop its startup ecosystem and infrastructure to drive a 21st century economy, civic leaders acted, with the founding of Houston Exponential. Since then, HX has helped unlock the collaborative potential of founders and investors in the startup scene, local government, academic institutions, and the corporate sector to connect, promote and to attract talent and capital.

"Houston in 2020 had not one but two unicorns (private tech companies exceeding a $1 billion valuation), our first ever." said Harvin Moore, President of Houston Exponential. "That's a reflection of both the rate of growth and early stage of our ecosystem.  We will see an increasing number of startups as these companies continue to grow and others follow."

Houston’s convergence of industries sets it apart from other major tech hubs across the U.S. The region’s current momentum is expected to continue to attract leading tech companies and foster the growth of early stage startups for years to come.

Greater Houston Partnership
The Greater Houston Partnership works to make Houston one of the best places to live, work and build a business. As the economic development organization for the Houston region, the Partnership champions growth across 11 counties by bringing together business and civic-minded leaders who are dedicated to the area’s long-term success. Representing 1,000 member organizations and approximately one-fifth of the region’s workforce, the Partnership is the place business leaders come together to make an impact. Learn more at Houston.org.

Houston Exponential
Houston Exponential (HX) is a non-profit organization created to accelerate the growth of Houston’s innovation ecosystem by creating pathways for innovation to flow at scale. We are aligning ecosystem support around strategic initiatives that are connecting, attracting, and promoting startups, investors, corporations, government, and universities.

Now is the Time to Hire Houston Youth

With summer comes a valuable opportunity for employers to tap into up-and-coming talent to accomplish real, meaningful work while investing into the workforce Houston will need to ensure it retains its competitive 21st-century economy: The paid internship.Â  Meaningful internships can empower an entire generation while building toward a more prosperous future by giving students and young adults an opportunity to âwindow-shopâ for careersÂ in a variety of industries and settings and recognize career pathways, to learn workforce behaviors, and understand how their coursework applies in a business setting.Â  Since 2016, the City of Houston has helped employers access a diverse spectrum of more than 26,000 young, talented Houstonians aged 16 through 24 through its Hire Houston Youth program. The program has also facilitated job readiness training for over 35,000 youth and adults. This summer, the City is asking employers to provide 16,000 summer internship, job, and apprenticeship opportunities. Program details: Internships should last at least eight weeks (June 13 and Aug. 5, 2022) Internships should pay at least $10 per hour; the average pay in 2021 was $15 per hour Employers without openings can sponsor an intern or register and join the Hire Houston Youth community Additionally, the City is hosting a job and resource fair on June 11, 2022, at Houstonâs George R. Brown Convention Center. The fair is open to employers from across the entire region and jobseekers of all ages. Â  See more details and add your openings for theÂ Hire Houston Youth program here. Register for the June 11 job and resource fair here.
Read More