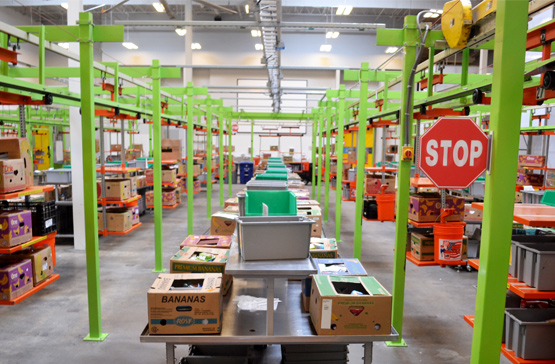 Two Houston-based banks are merging under a new name. Allegiance Bancshares Inc. and CBTX Inc., the parent companies of Allegiance Bank and CommunityBank of Texas respectively, are coming together under the name Stellar Bank. The new Stellar Bank will have an estimated market capitalization of $1.5 billion with more than $11 billion in assets. The merger is expected to be complete within the next few weeks.

Chevron Corp. and TotalEnergies E&P USA will co-develop a major offshore oil and gas project in the Gulf of Mexico. Known as Ballymore, the project consists of three wells that the companies estimate could produce up to 150 million barrels of oil. Chevron has a 60% stake in the project and Houston-based TotalEnergies USA has a 40% stake. Development and construction are expected to cost about $1.6 billion.

Chevron Corp. has gifted the Houston Food Bank a 53-acre parcel of land that will allow the major nonprofit to expand its services in Houston and Southeast Texas. The land in Northwest Houston at Ella Blvd. and SH 249, valued at roughly $10 million, will eventually become the site of the Food Bank’s newest food distribution facility. According to the Houston Food Bank, between March 2020 and March 2021 alone, household food demand increased by 85%, reflecting the growth in households living in poverty or lacking the income to meet their basic needs. The new facility will help them better meet the growing need in the metro region.

Houston-based Gow Cos. has acquired Houston Exponential, the nonprofit launched in 2017 to grow the region's entrepreneurial and innovation ecosystem. Gow Cos. agreed to purchase the assets of Houston Exponential and rolled those assets into a new for-profit company. According to partner Lawson Gow, the new HX will aim to amplify its ability to be a force for good in growing the region's tech and startup spaces, Gow said. HX will leverage the shared connections and industry expertise of other Gow Cos. entities to host shared events, grow its reach through various media channels, sharing back-end operational staff and selling bigger programming and sponsorships, Gow told the Houston Business Journal. HX is also expanding to Fort Bend County under a partnership with the Fort Bend Economic Development Council to serve founders and early-stage companies in that part of the region.

The Lone Star College System had a record graduation season for degrees awarded. LSCS presented 9,476 students with degrees and certificates this spring season, a 2% increase over spring 2021 and the highest number for any single season in the system’s history. The degrees awarded included baccalaureate degrees in the bachelor of applied technology in cybersecurity program and the bachelor of applied science in energy, manufacturing and trades management program—the first for LSCS. This was also the second year the college presented degrees for bachelor of science in nursing.

Midstream energy company Enbridge Inc. said it will team up with Humble Midstream LLC to build a hydrogen and ammonia production facility with export capability at its newly acquired crude export terminal near Corpus Christi. The “blue” hydrogen created via natural gas at the mega-terminal, known as the Ingleside Energy Center, may be used as fuel or for other industrial purposes. The joint-venture could cost $2.5 billion to $3 billion to build, but first the companies will need to secure enough customers for the products to make it worthwhile.

NASA has selected two aerospace companies with a Houston presence to move forward in developing next-generation spacesuits and spacewalk systems. Axiom Space, which recently broke ground on its headquarters at Houston Spaceport, and Collins Aerospace, which is building a manufacturing facility and startup incubator at Houston Spaceport, will compete for task orders under the Exploration Extravehicular Activity Services (xEVAS) contract. The contract has a maximum potential value of $3.5 billion through 2034.

In its recent annual report, Sempra described its role in helping build the modern energy networks to advance electrification and promote energy diversification. The company points to several examples across Texas from its family of companies, including Oncor Electric Delivery company, which is adding new transmission and distribution infrastructure to help enable the oil and natural gas industry to transition from diesel generation to electric equipment and is working to build out the West Texas power grid to continue to move wind- and solar-generated power to more urban parts of the state. In the Houston area, Sempra Infrastructure is looking to electrify its proposed liquified natural gas (LNG) export facilities, providing lower carbon LNG to its partners.

Shell Oil's U.S. retail division has acquired Houston-based gas station and convenience store chain Timewise. The deal, which includes 184 company-owned gas and service stations across Texas, will also allow Shell to take control over supply agreements for another 108 stores owned by independent dealers. The new deal expands Shell’s retail presence in Texas as it works to launch gasoline alternatives, including charging stations and biofuels for vehicles that use them.

Landry’s Inc. owner Tilman Fertitta is donating $50 million to help make the University of Houston’s fledgling medical school a force for improving health equity in Texas. The school, which was founded in 2019 and is set to open its $80 million building later this summer, is being renamed the Tilman J. Fertitta Family College of Medicine in recognition of the game-changing donation. One of the goals of the new medical school is to encourage graduates to pursue careers as primary care physicians to help satisfy the growing need for such care in Texas.

New Partnership Members in May