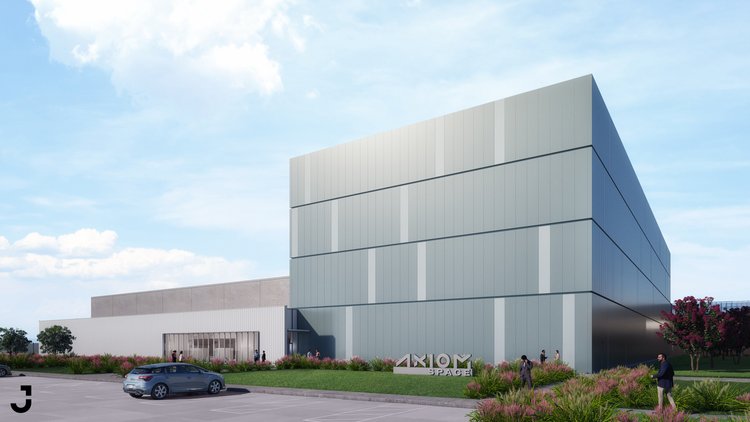 Accenture ranks No. 1 on DiversityInc’s 2022 Top 50 Companies for Diversity. This is the 16th consecutive year that the consulting company has ranked on the respected list for the company’s work to create an inclusive and equitable culture. DiversityInc evaluates companies in six areas: human capital diversity metrics, leadership accountability, talent programs, workplace practices, supplier diversity and philanthropy.

Axiom Space broke ground on May 11 on a new 400,000-square-foot headquarters facility at the Houston Spaceport. The aerospace company will build the world’s first commercial space station at the 22-acre facility on Space Center Boulevard. The new headquarters will also house a training facility for astronauts, manufacturing and testing operations and office space. Axiom Space made history in April with the first all-private astronaut mission to the International Space Station.

BakerRipley President and CEO Claudia Aguirre talked about the effect the pandemic has had on the region’s largest nonprofit organization and much more in a wide-ranging interview with the Houston Chronicle. Aguirre, who has been with BakerRipley since 2010, took the reins of the 1,600-employee organization in 2017. BakerRipley provides services ranging from child education to workforce development. Aguirre currently serves on the boards of several organizations including the Partnership and the Federal Reserve Bank of Dallas.

Leading energy companies BP and Linde announced plans in mid-May to move forward with a large-scale carbon capture and storage project in the Houston region. The project would enable low-carbon hydrogen production at Linde’s existing facilities and establish a framework for broader decarbonization efforts on the Texas Gulf Coast industrial corridor. The sequestered hydrogen would be sold customers along Linde’s pipeline network under long-term contracts, enabling production of low carbon chemicals and fuels.

Houston Methodist is beginning work on a new $1.4 billion tower in the Texas Medical Center. The 26-story Centennial Tower will include a new emergency department and updated imaging services. When it opens in 2027, Centennial Tower will replace Methodist’s main building on Fannin St. The new tower will be approximately double the size of the hospital’s current facility.

The emerging Ion District in Midtown is now part of a prestigious network of innovation hubs around the world. An affiliate of the Brookings Institute, the Global Network of Innovation Districts is comprised of innovation leaders and commercial developers. The Ion District is the first such project to join the network in Texas, joining 21 other districts from Pittsburgh to Amsterdam. The Ion itself anchors the 16-acre district that also currently includes Greentown Labs.

Kroger Houston Division President Laura Gump was the subject of a recent Houston Chronicle business profile. Gump joined Kroger in 2020 and is the company’s first Hispanic female president of the nation’s largest supermarket chain. In the Q&A-style piece, Gump shared her thoughts on the evolution of the grocery business, the effect of inflation on consumer buying, the supply-chain crisis and much more.

Nine energy startups from across the country were recognized as the most promising in a pitch competition during the Offshore Technology Conference earlier this month. The Rice Alliance for Technology and Entrepreneurship staged its annual pitch competition at the Ion in Midtown. Investors heard three-minute pitches from nearly 40 energy tech companies and cited nine startups as having the most potential.

Southwest Airlines will invest $42 million to expand its fuel storage facility at Hobby Airport. Houston City Council approved the plan on May 11, paving the way for increased fuel capacity at Southwest’s primary airport in Houston. The airline says the measure is needed to mitigate the effects of potential supply disruptions, increasing the airport’s capacity from two or three days of fuel inventory to five or six.