Partnership Statement in Connection with Killing of George Floyd 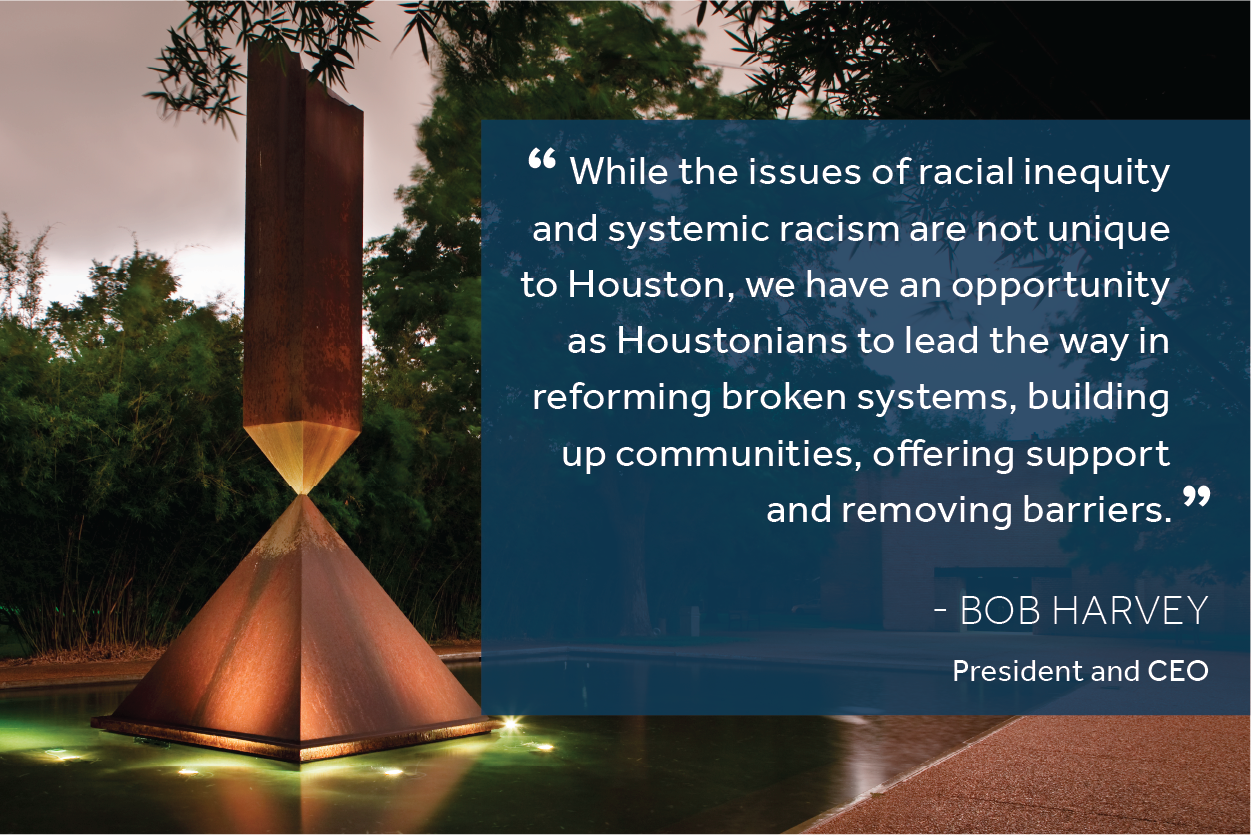 Statement from Bob Harvey, President and CEO of the Greater Houston Partnership

“We at the Greater Houston Partnership share the anger and deep frustration over the senseless killing of Houston-native George Floyd while in the custody of Minneapolis police officers. We grieve with his family and friends, many of whom grew up with Mr. Floyd in Houston’s Third Ward. We recognize his killing to be another example – one of far too many examples – of police brutality directed at the African-American and other minority communities and part of a broader pattern of institutional racism in the American criminal justice system and more broadly in American society.

“We respect the need to protest at a time such as this and the public’s right to do so. The voice of the community calling for reform must be heard and acted upon. We thank those who have chosen to protest loudly yet peacefully, choosing the path of constructive dialogue and mutual respect. We are grateful that Houston has largely been spared the violence and destruction that has accompanied some of the protests elsewhere around the country, and we ask all Houstonians to respect the voices calling for needed reform and not be distracted by a small minority of violent participants.

“We also thank Houston Mayor Sylvester Turner and Police Chief Art Acevedo for the highly visible and engaged leadership they have shown, as well as the community leaders who have stepped forward calling for change.

“While the issues of racial inequity and systemic racism are not unique to Houston, we have an opportunity as Houstonians to lead the way in reforming broken systems, building up communities, offering support and removing barriers. We often speak with pride of Houston being ‘America’s most diverse city.’ This is our moment to make Houston ‘America’s most inclusive and open city’, one that does truly offer ‘opportunity for all.’ The Partnership and the 1,100 member companies and institutions we represent are committed to this endeavor.”