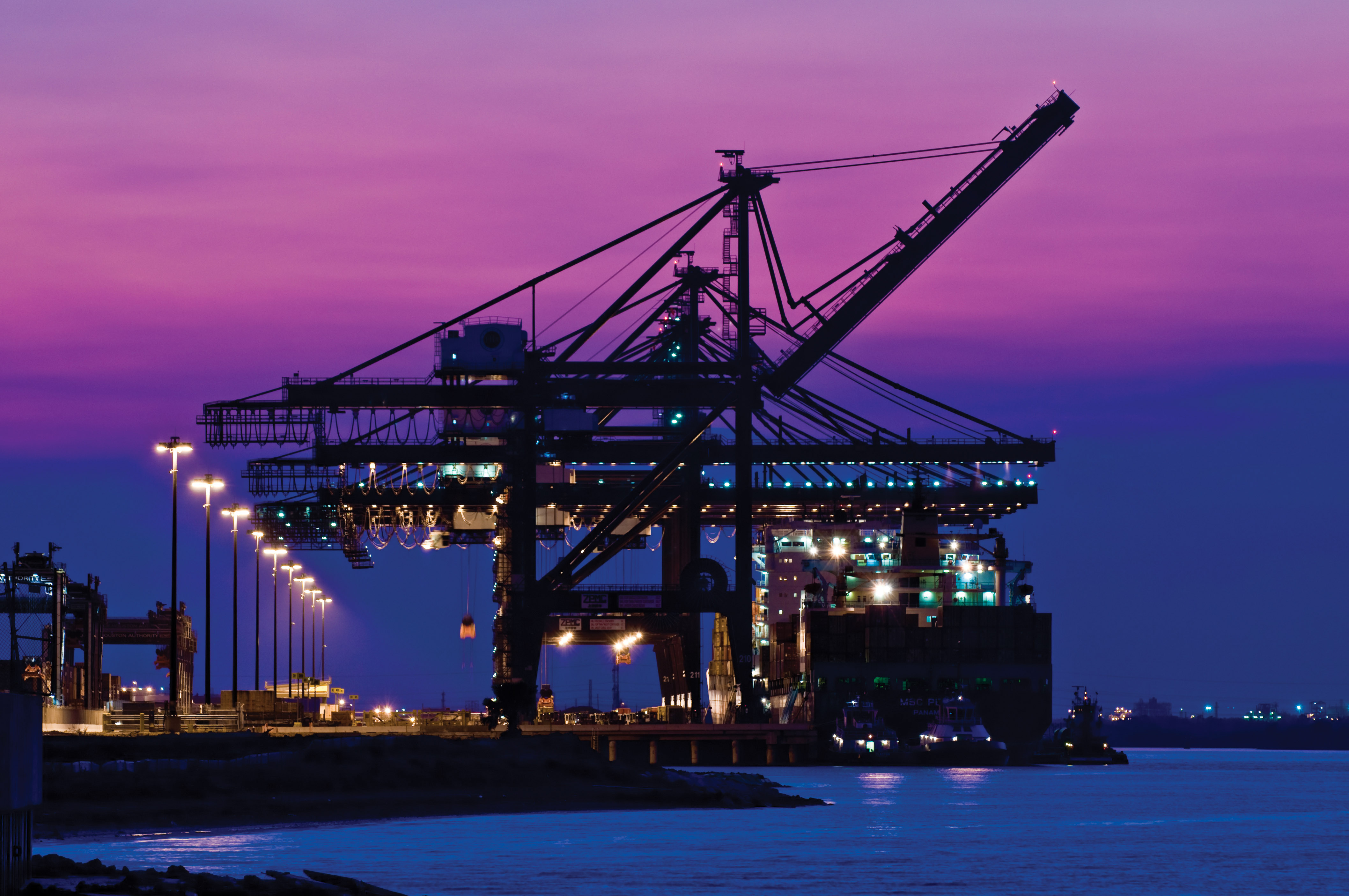 Houston’s position as an epicenter of international business and global trade is strengthened by our robust regional port system. Port Houston, the largest port by foreign tonnage in the nation, continues to show strong performance and contributions to the local and national economy.

In recent months, however, shipping logistics and traffic have had to deal with their share of challenges brought on by the economic downturn. Ric Campo, chairman of Port Houston, spoke about how the port has had to adapt at the Partnership’s State of the Port event on October 13.

Port Houston continues to see solid traffic, but Campo said the port is not immune to COVID-19 and its economic impacts and has seen declines in volume in 2020. The chairman reported that as of the end of September, Port Houston is down 3% year-to-date in container traffic, adding that total tonnage along the Houston Ship Channel is down 5.5% year-to-date through July.

Houston is familiar to the cyclical nature of the oil and gas industry. Though that is now coupled with a pandemic, Campo said Houston is sure to rebound, returning liquid bulk facilities and crude oil exports to pre-COVID volumes.

An Emphasis on Community, Environmental Stewardship

“One thing we cannot ignore in 2020 is the topic of racial equity, diversity and inclusion. This is also part of Port Houston’s strategic plan and we believe strongly that we need to be part of the solution,” said Campo.

He pointed to one example of how Port Houston is addressing this through a recently commissioned study on the port’s small businesses and accessibility for minority-owned businesses. The report will help guide the system on how it can ensure suppliers and partners doing business at the port reflect the diversity of the region it serves.

Campo said Port Houston became the first port authority in the world to make the switch to 100% renewable electricity this year. The move is estimated to eliminate 25,000 tons of carbon dioxide from the system’s footprint each year, equating to $250,000 savings annually. Campo noted that this switch is truly a win-win for Port Houston and serves as a model for how other major port authorities can maintain operations while lessening impacts on the environment.

The chairman also discussed the port's efforts to engage in communities surrounding the ship channel through two-way communication opportunities, which open a dialogue to foster strong relationships with stakeholders and neighbors. Campo cited a partnership with Buffalo Bayou Partnership where the port has been working with the non-profit for decades to help keep the bayous clean and are embarking on the development of new green space on port property.

“We know the urgency of this expansion. It’s crucial and the time to act is now,” Campo said.

Port Houston is leading efforts to get the necessary federal appropriations to start the construction project sooner and to begin work in 2021.

During the 116th Congress in 2019, both the House and Senate authorized Project 11 in their respective versions of the Water Resources Development Act (WRDA) legislation. While congressional approval is pending, Port Houston continues to lead discussions with industry to find ways for industry to participate in half the cost of the channel expansion.

Campo ended his address on an optimistic note.

“We are ready now and we will be ready then. Port Houston, and the Houston Ship Channel, have always been something you can count on during times of prosperity, times of recession, and now, times of pandemic. It will continue to bring economic value and jobs to our region today, tomorrow, and in the future.”

The nation's fourth-largest city has long been an international gateway fueled by its massive port and large global business infrastructure. Today, Houston is home to 41 Fortune Global 1000 firms and more than 1,700 businesses operating in the region report foreign ownership.Â  But the region's global business ties run much deeper. In recognition of World Trade Month, theÂ Partnership is hosting International Business Month âÂ a celebration of Houston's thriving international ties and our position as one of today's great global cities. Learn more about upcoming events this month.Â  Here are just a few of the facts and figures that support Houston's position as a great global city.Â  92 countries have official government representation in HoustonÂ  The region is home to 16 foreign banks from nine nationsÂ  Nearly 1 in 4 Houston residents is foreign bornÂ  The Port of Houston is No. 1 in the U.S. in domestic and foreign waterborne tonnage and No. 1 in exports The Port contributes more than $339 billion to the overall Texas economyÂ  Houston is the only city in Texas with two international airports and one of only 8 in the U.S.Â  Total trade through Houston totaled $196.9 billion in 2020 There are currently 42 active international chambers of commerce or trade associations in the regionÂ  Houston has 18 sister-city relationships across the globe promoting bilateral business and cultural exchangeÂ  Join the Partnership for the State of Houston's Global Economy on May 26 and 27 to learn more about the opportunities and threats facing our international business future. And get more details on International Business Month.Â
Read More