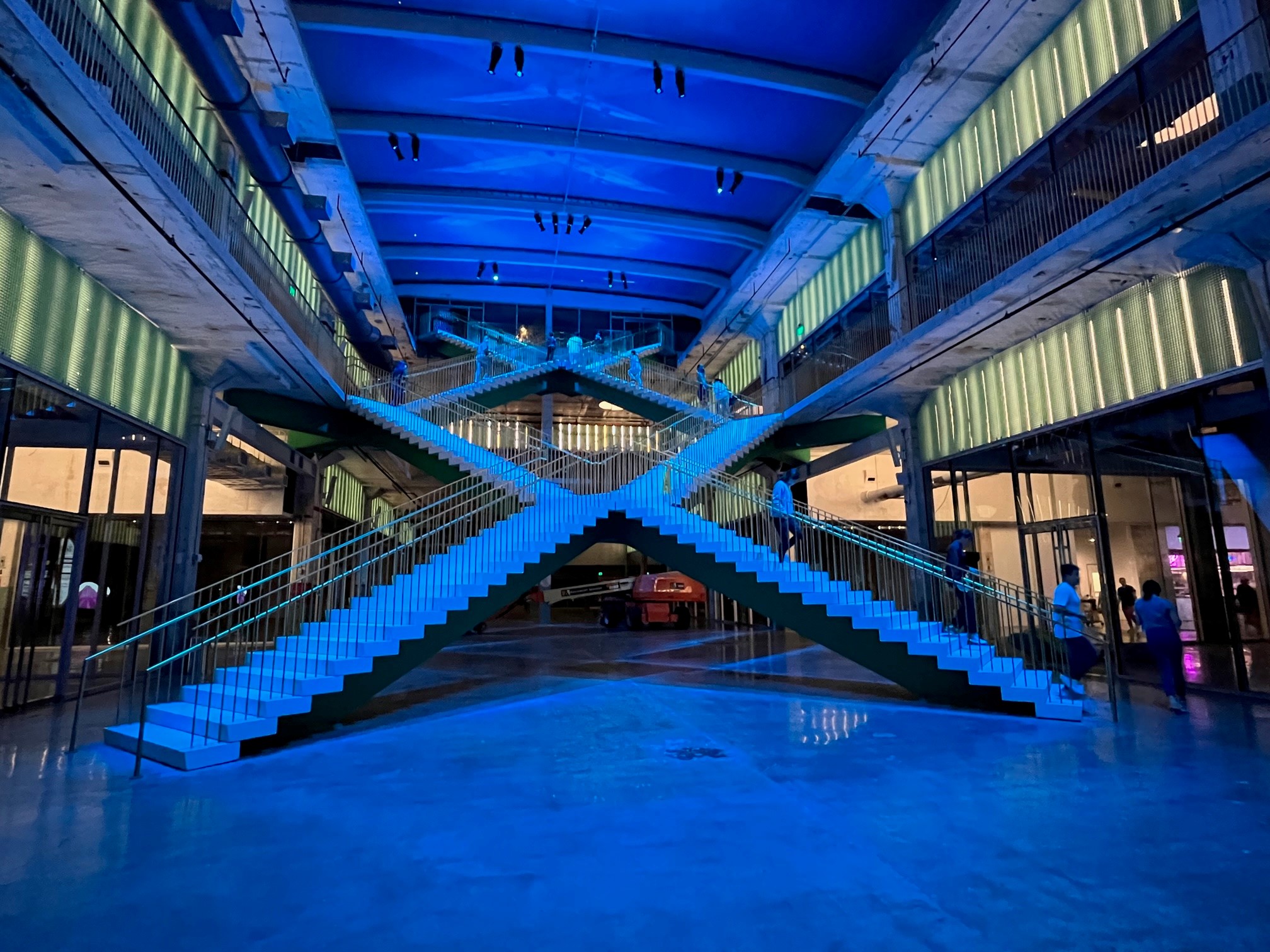 Post Houston opened in fall 2021 as a hub for food, co-working, shopping and events.

There’s no doubt that Houston’s quality of life is vibrant. It’s home to award-winning restaurants, a thriving arts and entertainment scene, and more than 39,000 acres of green space.

Quality of life is vital to attracting and keeping talent in Houston. During the Partnership’s Quality of Life Council on February 1, Kirby Liu, Lovett Commercial’s director of development, shared how he hopes the firm’s latest development project, POST Houston, will “attract a new generation of people” and advance Houston’s economy. The Council meeting is one of a series of events taking place during the organization’s annual Partnership Week.

POST Houston, located downtown, is Lovett’s reimagination of the former Barbara Jordan Post Office. It opened in the fall as a hub with a food hall, live music venue, co-working space, a rooftop farm and park and more.

“Houston is a city of firsts. I don’t think that people necessarily think that about us. We’re an extremely innovative city. This is something that we want to celebrate with this project,” Liu said.

Liu said his time in Honk Kong and other parts of the world inspired the design and feel of the venue. He hopes to attract people from all over the world with its events and unique experiences. One example, offering immersive art experiences by working with artists from Russia and Mexico.

“We want people to know in the United States that there’s something brewing in Houston besides hurricanes,” Liu said.

POST Houston isn’t finished yet. Liu said the goal is to connect the rooftop park, which is open to the public, to Buffalo Bayou. Residential and office space is also not out of the question, he said.

“We think of this as the first step in a long journey that’s going to increase the vibrancy of the Houston economy,” Liu said.

Learn more about Houston’s arts and culture and what makes Houston America’s most diverse city.