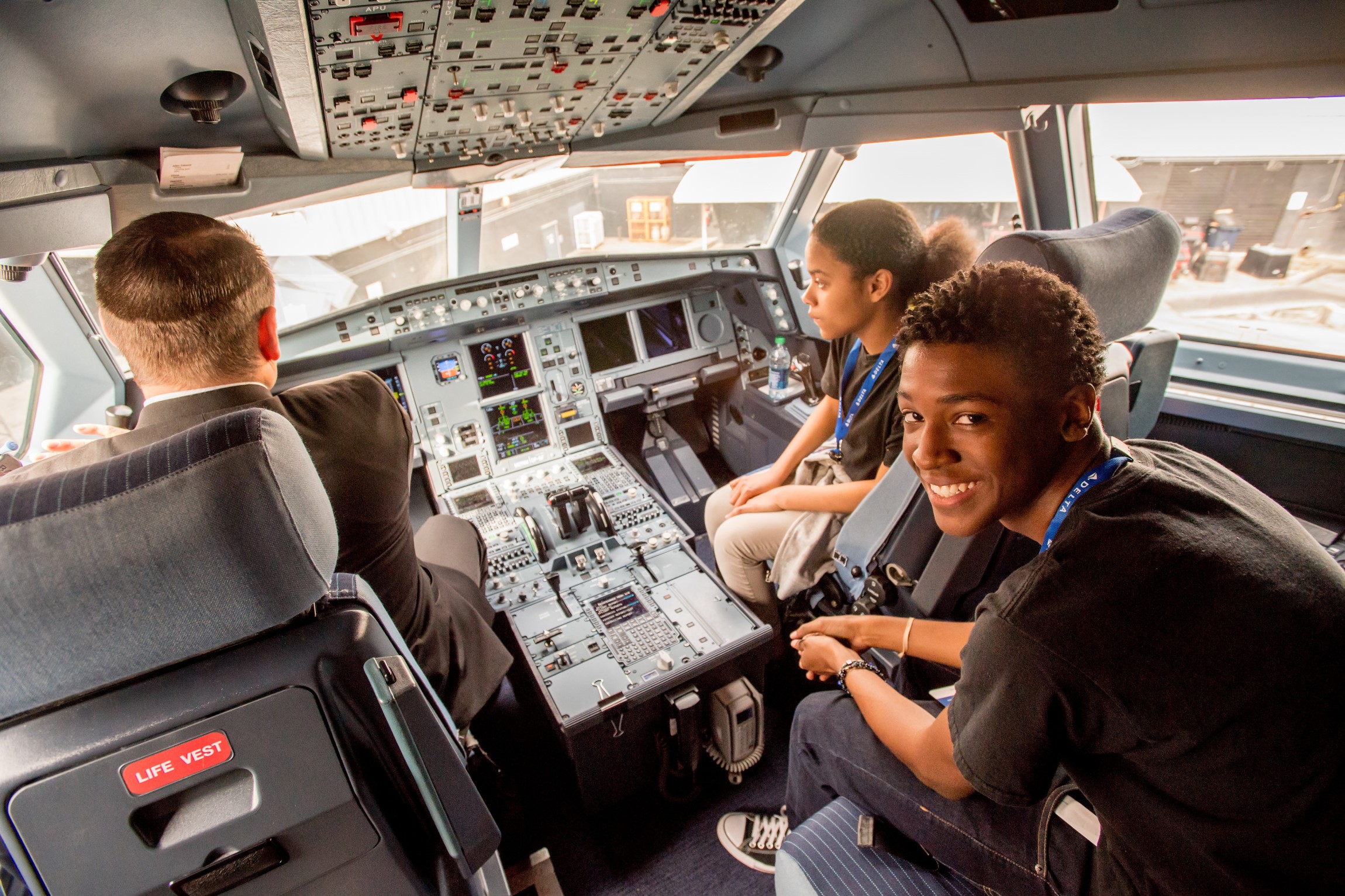 Career exploration and the skills to succeed have become a part of K-12 education across Texas over the last several years, but a new educational model within Houston Independent School District’s Stephen F. Austin High School is re-engineering high school education to make it more career relevant for students and increase their economic opportunity and prosperity.

This school year, 3DE by Junior Achievement, an instructional model that utilizes competency-based case method to drive student engagement and academic performance, was launched within the school, expanding for students access and exposure to local employers and equipping them with knowledge and foundational skills for success in the business world. The 3DE model embeds career exploration and skills into educational curricula. Junior Achievement’s purpose is to inspire and prepare young people to succeed in the global economy, and the 3DE model engages the business community in a very deep way, said Joseph Burke, president of Junior Achievement of Southeast Texas and member of the UpSkill Houston executive committee.

“Kids are more poised to be able to transition into the workforce when they’ve been engaged [with the business world],” Burke said.

The model builds student-centric education around project-based learning in which students work throughout the school year on a series of real-world questions presented by sponsor companies, like whether to host an event at a certain venue or how to effectively communicate in a digital environment. Students work on the cases in teams, are coached by company employees (who volunteer as mentors) and present their answers to their teachers. The top four teams pitch their cases to a panel of company representatives who judge them and select a winning team. In the 3DE model, students also typically complete rotations with the sponsor company to learn about different careers and the industry. During their senior year of high school, students will complete an internship or consultancies. Students not only learn about the wealth of local employment options, but they also learn about business culture.

This model can help address a disturbing finding in the recent WorkingNation American Workers Survey conducted by Frank Luntz and his company FIL on behalf of WorkingNation: Nearly one in three adult workers (31 percent) polled said they had never spoken about their future careers with a teacher or a parent. The 3DE model draws out the authenticity of learning, putting it in context of higher order thinking skills, Burke said. Case study work is not just tacked on to regular school curricula, but rather, it is woven into language arts, social studies, science and math lessons for an interdisciplinary approach to learning.  In this way, the 3DE lead teacher and case study work are supported by other high school teachers, according to Andrea Aguilera, 3DE partnership director at Stephen F. Austin High School.

“Students don’t have exposure to business title terminology like what is a CEO, a CFO, or COO. Our biology teacher made this case vocabulary relevant by aligning it to her TEKS and created a lesson on cells. The vocabulary is then aligned with cells, tissue, organs, and how they work as a team. For example, the nucleus acts like a CEO,” she said, adding that a social studies teacher is instructing students on how to create PowerPoint presentations, which the students will need to use for their presentations in the next 3DE judging.

“By having other teachers create lessons that touch on aspects of the case challenge, students are seeing commonalities of our strategies, themes, and tools being used in every single one of their courses, and its being constantly reinforced,” Aguilera said.

3DE launched in Fulton County Schools’ Benjamin Banneker High School, just outside of Atlanta, in 2015. In the years since, the school has seen significant gains in student performance and future opportunity including a 47 percent increase in its four-year graduation rate (to 92 percent), according to Junior Achievement. Students in 3DE cohorts across multiple schools have improved attendance. They are chronically absent about 38 percent less of the time than their host school peers, according to the organization. The 3DE model is now operating within 23 schools across the country.

It was the success seen at Banneker High School in terms of student achievement, reduced absenteeism and greater teacher retention that made Jeff Miers support bringing the model to Houston. Miers was a Junior Achievement board member and an Accenture managing director at the time and recognized how the model fit with the consulting company’s “Skills to Succeed” commitment to empower people to change their lives. He also saw it as an exciting opportunity to transform the way Houston students learn.

Accenture, Deloitte and Quanta Services are among the local employers that are sponsoring 3DE case studies.
About 170 ninth graders at Austin High School (or, roughly 36 percent of the entire ninth grade class) make up the first 3DE cohort. The cohort purposefully mirrors the wider school demographics in terms of ethnic or racial makeup, background and academic achievement to about 5 percent, according to Burke. This helps gauge model effectiveness but also opens the door for students who lack the social networks or connections that can open doors to employment and opportunity.

“The opportunity to interact and understand what companies are doing and working on real business problems opens the window into professions that underprivileged students might not otherwise see,” Miers said.

The business coaches and judges represent a diverse population, come from different backgrounds and followed different pathways into their careers, Aguilera said. In short: they look like the students.

“Sometimes for students the business world appears so far away and can seem unattainable and so what these business professionals are doing is showing students, ‘we were once where you were and you can also get here,’” Aguilera said.

Partnering to advance diversity and inclusion in the workplace is more critical than ever, Burke said.

“If we want to make diversity and inclusion gains then we have to begin with our education, and it needs to begin with the public schools,” he said.