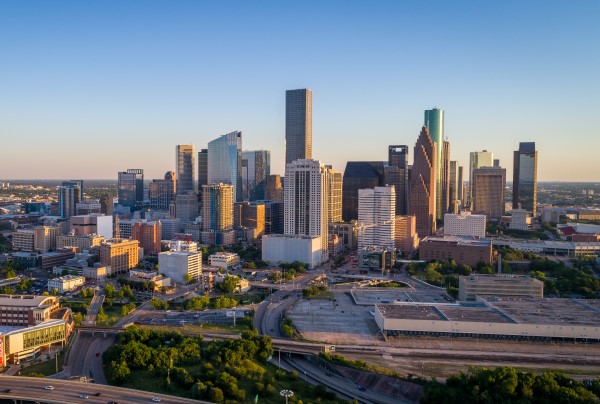 As recently as early March, many economists believed (or perhaps hoped) that if the Federal Reserve cut interest rates and Congress enacted a large fiscal stimulus package, the U.S. could avoid a recession. Two weeks later, interest rates are near zero and Washington is working to inject $1 trillion into the U.S. economy. Unfortunately, that’s all too late. The U.S. is already in a recession, and so is Houston.

Conventional wisdom holds that the U.S. is in a recession when the nation has logged two or more consecutive quarters of declining gross domestic product (GDP). If we stuck with that definition, we’d have to wait until July or October to determine if the U.S. were in a recession.

The Business Cycle Dating Committee (yes, there is such an organization) of the National Bureau for Economic Research (NBER) embraces a broader definition. The committee looks for a “significant decline in economic activity spread across the economy, lasting more than a few months, normally visible in real GDP, income, employment, industrial production, and wholesale-retail sales.” The official reports on those metrics have begun to trickle out, but one can surmise from media reports that a “significant decline” is already occurring. No need to wait for a committee of experts to pronounce the U.S. is in a recession. The Partnership recognizes that we’re in one.

But, what do the vast majority of economists say?

Every month, the Wall Street Journal asks a panel of 70 or more prominent economists when they expected the next recession. In January, only 10.8 percent of respondents expected one this year. In February, 58.5 percent expected a recession within the next nine months, with 41.5 percent expecting a recession to start in Q2. Those results were gathered before the coronavirus began shutting down restaurants, bars, sporting events and stores. Given the trajectory of recent events, the April survey will likely show the vast majority of the panel believes the U.S. is in a recession.

The Partnership is concerned that all the above forecasts, except for IHS market, may be overly optimistic.  Weak global growth, declines in the energy sector, shattered consumer confidence, and a wave of credit defaults and bankruptcies will weigh on the recovery.

What does this mean for Houston?

Any time the U.S. tumbles into a recession, Houston gets bruised and battered. This time Houston’s injuries will be more than superficial.  As noted in March’s Houston: the Economy at a Glance, Russia and Saudi Arabia are dueling over who will control global oil markets. Houston is caught in the crossfire. The collapse in oil prices (trading near $24 a barrel, less than half February’s level) will force another restructuring of Houston’s energy sector, the second in the past six years. Houstonians should anticipate a new round of layoffs and bankruptcies. These losses will be compounded by those brought on by the U.S. recession.

Houstonians like to embrace the notion that their metro was among the last to enter the Great Recession and was among the first to exit. That’s not going to be the case this time. All three pillars of Houston’s economy—energy, global trade and the U.S. economy—are tottering. The next 12 to 18 months will likely be very rough for Houston.

Visit the Partnership's COVID-19 Resource page for updates, guidance for employers and more information. And sign up for daily email alerts from the Partnership as the situation develops.