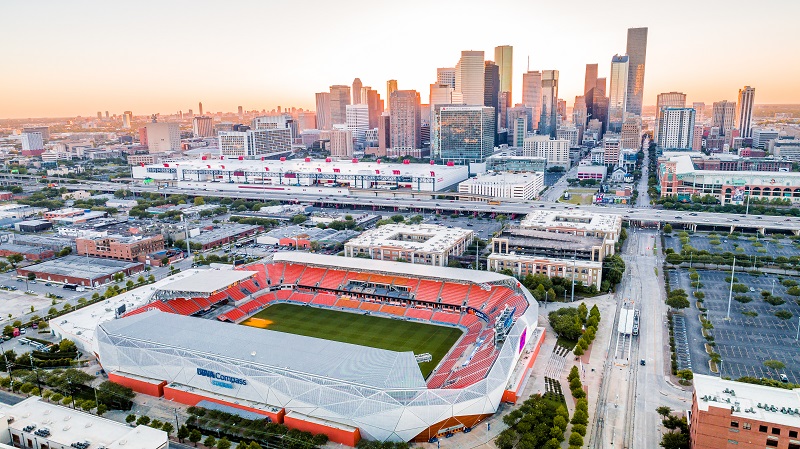 "We are pleased the Texas Transportation Commission has maintained the NHHIP within the state’s master transportation plan. We believe the project offers an unprecedented opportunity to improve Houston’s transportation safety and mobility, and we appreciate TxDOT’s continued investment in the Houston region. We will work closely with local and state leaders to resolve any outstanding issues with the Federal Highway Administration over the next 90 days, as outlined by TxDOT, so that we can move this transformational project forward."

Summer is around the corner! Soon, school will be out, and families will have more time to explore the city. Houston has so much to offer during this time. From cooling off at Schlitterbahn in Galveston to outings at Minute Maid Park and Miller Outdoor Theater, thereâs enough to keep the entire family entertained all summer long.Â  Enjoy a ShowÂ  If you have a little one in your life or love musical performances, you wonât want to miss FROZEN this summer at The Hobby Center for the Performing Arts. This canât miss Broadway show will tour in Houston from late June through July.Â  Have an older child? The classic Broadway sensation, WICKED, returns May 31. Recommended for ages 8 and up, this is the perfect family outing that also beats the Houston summer heat. See the complete list of current and upcoming shows here. Â  Attend a ConcertÂ  Calling all Encanto lovers! The widely popular film is coming to The Woodlands in sing-along form. This 2.5-hour-long concert includes a live band and all the record-breaking hit songs from the beloved soundtrack. Learn more and get your tickets here.Â  Experience Harry Potter and the Deathly Hallows alongside the Houston Symphony this summer. Families can enjoy the full film set to a live symphony orchestra either June 10 or 11. Learn more and get your tickers here.Â  Click to expand Houston Symphony Visit the Museum DistrictÂ  All summer long, the Childrenâs Museum Houston has events, meet-and greets and activities planned to celebrate summer. From Princess Day to Kidpendence day with Captain America, thereâs something for everyone during âFun Summer Vibes.â The Cockrell Butterfly Center at the Museum of Natural Science is always a family favorite for all ages. Here you can walk through a living butterfly habitat. This mini rainforest contains several plant species, a 50-foot waterfall and an estimated 2,000 butterflies.Â  Cool off at a Splash Pad Gateway Fountain at Discovery Green is one of the most popular splash pads in all of Houston. With 14-foot-high jets and downtown city views in every direction, thereâs so much fun to have at this iconic park.Â  Levy Park is another great family destination near the Galleria. This unique park has hills to climb, a rock wall that leads to a slide, games and a water feature that dumps those standing below. Families can also enjoy quick bites, such as Love Shack, within steps of the play area. Â Â  Click to expand Levy Park Brewery Tour Around Houston Â  What better way is there to cool off than sipping on a chilled beverage? Karbach Brewery offers plenty of shade and games in their biergarten and itâs also family friendly. Take your friends, children and fur babies for a refreshing afternoon outing.Â  St. Arnolds is another great brewery with plenty of outdoor activities for kiddos. You can also check out their anniversary party taking place on June 28, which will include live music, local artists and special variations of Art Car IPA on draft while supplies last.Â  These are just a few ways to spend time together as a family in Houston. For more ideas and ways to explore the city visit https://www.houston.org/living-in-houston.Â  Â
Read More

How many people chose to move to Houston last year as the pandemic shook up the job and quality of life priorities of Americans? Turns out, quite a few, according to a new ranking from major moving company Penske. Â  Houston ranked No. 1 on the companyâs latest list of Top 10 Moving Destinations. The ranking is based on Penskeâs one-way truck rental data for the 2021 calendar year. The truck giant says 2021 was an incredibly robust year for rentals, a trend thatâs continued into 2022.Â  More than 20% more Americans moved in 2021, compared with 2020, and the new remote work opportunities allowed as many as 23 million Americans to relocate, according to the U.S. Census Bureau.Â  Penske reported that most of the moves in 2021 were into the Sun Belt region, including four major metro areas of Texas: Austin, Dallas, San Antonio and, of course, Houston, which ranked No. 6 on last yearâs list. After a five-year hiatus, Chicago was back on the list at No. 10, and Charlotte reemerged in the No. 4 spot after a break since 2018. Penske first started compiling the list in 2010. Some of the cities that have repeatedly shown up through the years include Phoenix, Houston and Orlando. Â  Here's the breakdown of rankings in 2021 compared with where they ranked in 2020.Â  Houston, TX (6) Las Vegas, NV (1) Phoenix, AZ (2) Charlotte, NC (Has not ranked since the 2018 list.) Denver, CO (3) San Antonio, TX (9) Dallas, TX (8) Orlando, FL (7) Austin, TX (4) Chicago, IL (Has not ranked since the 2015 list.) In another measure of Houstonâs growth, the region was one of only a few major metros in the U.S. to see its population grow during the worst period of the COVID-19 pandemic between July 2020 and July 2021, according to newly released Census figures.Â  The nine-county Houston metro area added 69,094 new residents during the 12-month period. That took the regionâs population to 7,206,841, up from 7,137,747. While a few other major metros such as Dallas, Phoenix and Atlanta also experienced gains, most including Los Angeles, New York, Chicago, Miami and Washington D.C. saw population declines.Â  Learn more about where people are moving in this region in the April edition of Houston Economy at a Glance.Â
Read More