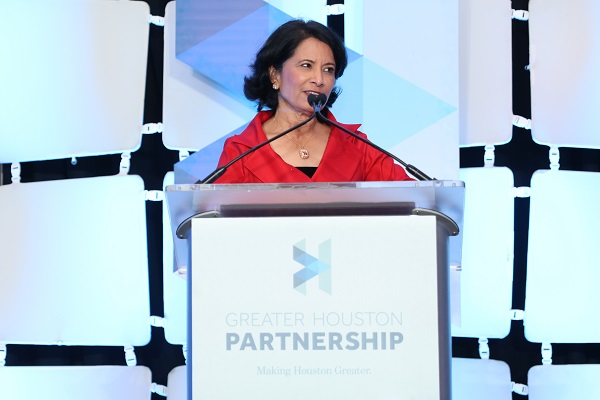 Meeting the needs of a new generation of students while preparing them for a competitive and evolving workforce are just a few of the challenges discussed during the Partnership’s fourth annual State of Education event this week.

During her keynote address, Khator reminded attendees that a strong education system is essential to Houston’s ability to remain competitive with a talented workforce and is directly tied to long-term success. “Education is the best opportunity and promise we can make in order to make a socially just, equitable society,” she said.

Under Khator’s leadership, UH has joined the Big 12 and recently celebrated the opening of the new Tilman J. Fertitta Family College of Medicine. Khator spoke on the ways she is ensuring the University of Houston is working to drive innovative education solutions that are critical not just to our region's workforce, but also the broader future of our community. She said she’s also focused on breaking financial barriers for students to provide high-quality, accessible education and is working toward changing perceptions of higher education.

With three Tier One universities offering premier learning education opportunities, it is no surprise that students seek out Houston. Khator said Houston’s strong higher education system is evident as more students than ever are staying in Houston postgraduate, evolving into industry leaders who will shape our city in the years to come.

In addition to the success of this progression, Khator discussed some challenges, such as finding ways to engage with younger generations and reaching individuals who debate whether higher education is an option for them. Efforts such as Houston GPS help offset challenges by providing resources for public schools and addressing achievement gaps early on, particularly in low-income neighborhoods. 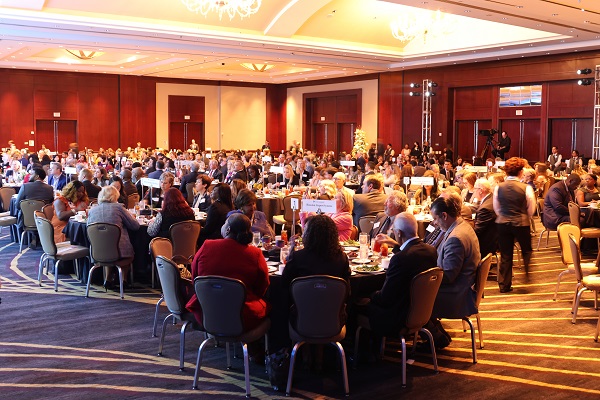 “Higher Education is needed more today than at any time in history,” Khator said. “We know that higher education provides the best opportunity for transforming lives and generations.”

Despite challenges, the mission for higher education remains consistent: to prepare students not just for the workforce, but a competitive workforce. And to not just teach students but prepare them for a career that will help them make a positive impact on their communities.

Houston-area colleges and universities educate nearly 425,000 students and graduate more than 56,000 students annually. Partnership President and CEO Bob Harvey said Houston is “one of the few places in the world that offer the concentration of higher ed opportunity supported by a growing economy and the many attributes of the great global city.”

Over the past seven years, four-year institutions in and around the Houston area have seen 10% growth—a remarkable figure in light of the pandemic, Harvey said. The region is home to 31 universities and colleges, including three Tier 1 universities: the University of Houston, Texas A&M University and Rice University.