Why Tech Companies Are Choosing Houston

The growth of Houston digital tech ecosystem continues to accelerate as companies from California and other “high cost of doing business” states discover the many benefits of locating in the Lone Star State, particularly in Houston.

The recent announcement by Bill.com to choose Houston for it’s first headquarters outside Palo Alto was seen by many as a major win for the Houston region.

The Houston Business Journal recently featured the cover story: “Silicon Bayou: Why some tech companies are choosing Houston over California or Austin.” Cost of living and access to affordable digital tech talent are often-cited as reasons for a company to move to Houston. 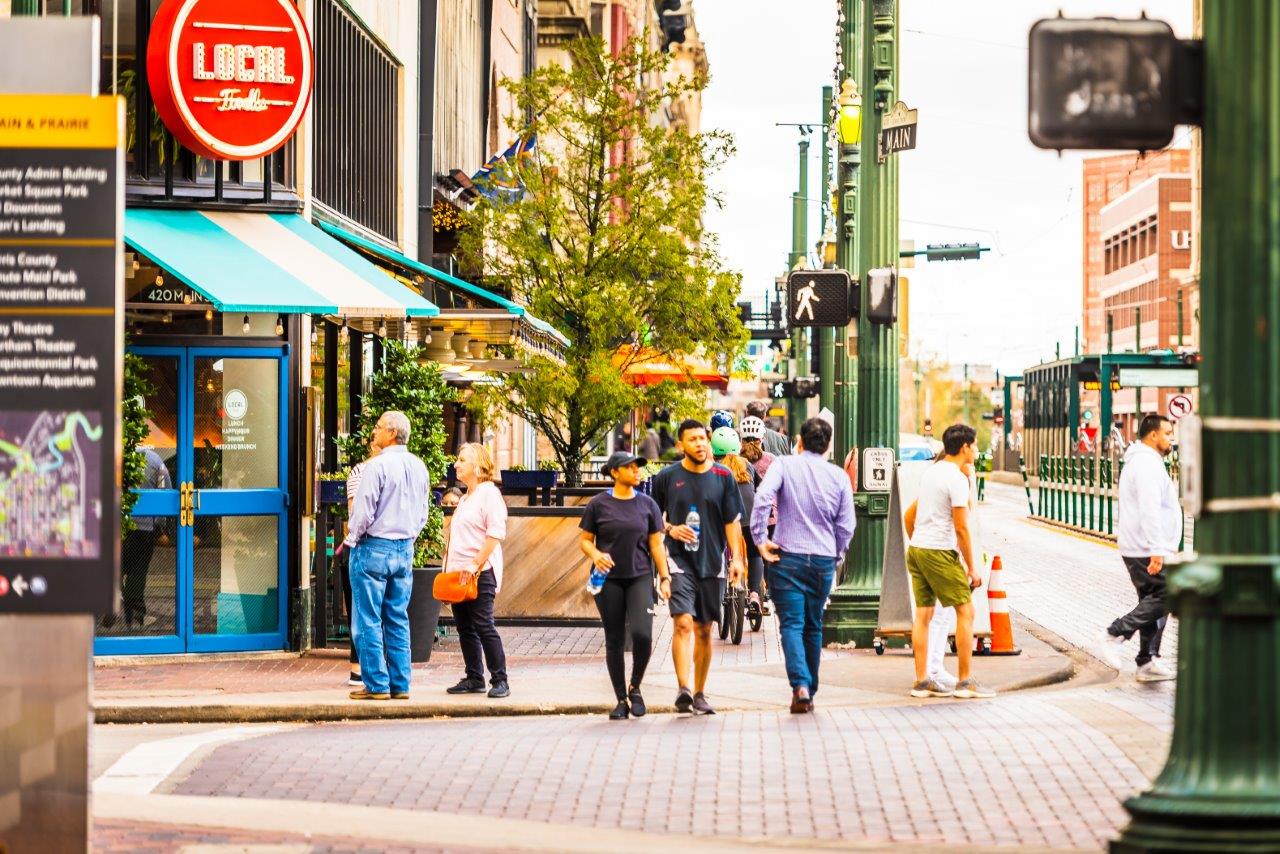 “Tech companies are moving to Houston for many different reasons, said Wilson Pulling, co-founder and CEO of Aatonomy, a startup that makes software and a phone app allowing affordable commercial drones to hover and fly by themselves. The company was founded in New York City in the summer of 2016 before moving to Silicon Valley. Pulling and his co-founder and chief technology officer, Yang Hu, relocated from California to Houston about two months ago, and chose the Bayou City over Austin, according to Pulling.

"Some huge considerations in this move were cost, quality of life and the ability to attract talent," Pulling said in an interview with the Houston Business Journal. "We have an 800-square-foot office in Midtown to ourselves. The boom (Austin) has seen makes the cost difference between Austin and Houston super real.

"If you're a college grad living in San Francisco and trying to get hired at a startup, you're saying 'I need to make $115,000 or I'm not going to be able to pay rent and eat,'" Pulling said. "You're able to hire someone (in Houston) that isn't a fresh college grad, that can help grow your company in a meaningful way and for that same salary they're going to be happy — that's a massive difference."

Regions and Neighborhoods: Diversifying Industry and Bolstering Quality of Life in Sugar Land

With a storied history as a sugarcane production center through most of the 20th century, Sugar Land today stands as one of the countryâs best small cities, and one of its fastest growing. The communityâs burgeoning industries and distinguished quality of life have prompted a consistent Â flow of businesses and new residents Â eager to benefit from a small-city atmosphere with metropolitan amenities. We chatted with Jonathan Soriano, Economic Development Coordinator at the City of Sugar Land, about the cityâs economic success and the growth that lies ahead. How does Sugar Land contribute to the fabric of the Houston region? Â  Sugar Land stands out for its robust and diverse business community, comfortable living and endless recreation all within city limits. Local universities such as University of Houston at Sugar Land and the cityâs highly educated workforce with over 61%of residents holding a bachelorâs degree or higher, help businesses in and outside of Sugar Land thrive. What are some unique characteristics that really set this area apart?Â  With a small-town vibe, big-city amenities, access to global markets and a globally diverse population in the most ethnically diverse county in the nation, Sugar Land has it all. The city offers affordability and suburban living along with world-class recreation at venues like Smart Financial Centre and Constellation Field. The local government provides strong support to new and existing businesses and contributes to the cityâs quality of life with initiatives like the Cultural Arts Program and investment in public gathering areas like Town Square Plaza and The Lawn at First Colony Mall. Sugar Land is also a great place to invest as a resident or business with the second lowest property tax rate in Texas among cities of similar size.Â  Describe the business community in Sugar Land. What are some of the most active industry areas?Â  Sugar Land is an innovative hub for many growing industries, particularly in advanced manufacturing, biotech, financial services, energy technology and research and Â development. The business community is diverse and tight knit, mirroring the welcoming atmosphere of the city itself. Sugar Land is home to many corporate headquarters, many of which are located in the 1,000-acre Sugar Land Business Park. What attracts most businesses to relocate or expand in Sugar Land?Â  Business leaders are attracted to the complete community they can find in Sugar Land, with live, work and play all in one place. Short commute times and affordability contribute to an overall superior quality of life. The existing business community is also a draw â small business owners and executives of large corporations alike find value in relocating or establishing their businesses in Sugar Land where others in similar industries have been successful. Many Sugar Land businesses are homegrown in that they came to the city, expanded their business and continue to remain in the city for years to come. Whatâs been the biggest recent change that has propelled the efforts of Sugar Land Economic Development? Â Â  The Smart Financial Centre opened in Sugar Land in 2017 and has since seen tremendous success as an entertainment venue, providing impactful contributions to the community and local economy. The Centre was built using dedicated economic development funds with voter approval as an initiative of the Sugar Land Development Corporation. More recently, the Sugar Land Skeeters became a Triple-A affiliate of the Houston Astros, which is expected to bring positive effects for the local economy beginning with the 2021 baseball season. How has Sugar Land worked to meet the challenges presented by the COVID-19 pandemic?Â  The Sugar Land Office of Economic Development launched #AllInForSLTX in June 2020, an overarching initiative to support local businesses and drive economic recovery in the city. The largest program under this initiative has been Sweet Cash. Economic development funds were used to purchase gift cards from Sugar Land businesses impacted by the pandemic as a direct infuse of cash. Â The gift cards were then used to entice shoppers to shop local with a Buy, Get, Give campaign. Â Participating shoppers received a matching gift card for their initial gift card purchase and an additional gift card was given to a frontline worker to pay it forward for all of their hard work during this pandemic. The first round of the program injected over $200,000 into the local economy. Sugar Land will launch round two of the program later this year. What are a few Â signature spots to visit? Any hidden gems people need to know about?Â  When in Sugar Land, you must see a concert at Smart Financial Centre, try a shaggy-dog roll at Japaneiroâs in Sugar Land Town Square, enjoy a day of shopping at First Colony Mall, catch a Skeeters game at Constellation Field, and visit whatever exciting event is going on that week at Crown Festival Park. Whatâs the most exciting thing on the horizon for Sugar Land right now?Â  Sugar Land is looking forward to the opening season of the Sugar Land Skeeters as a Triple-A affiliate of the Houston Astros and the positive effects it will have on residents and the local economy. Â When the City and the Sugar Land 4B Corporation built Constellation Field in 2012, it was envisioned that the stadium would one day be home to a triple A team. Less than 10 years since that first season, that vision has been realized. Learn more about Sugar Land and explore the greater Houston area.Â
Read More

HOUSTON (April 26, 2021) Â â Â For the last seven years, the Partnershipâs UpSkill Houston initiative has played a leading role in mobilizing the collective action of industry, business, education, and nonprofit leaders across the regionÂ to strengthen the pipeline of skilled workers and create better pathways to opportunity and prosperity for all residents. The initiative has focused primarily on careers that require education and skills beyond high school but less than a four-year college degree. UpSkill Houston partners and leaders have supported and influenced similar workforce development efforts in other parts of the country, from Corpus Christi and San Antonio in Texas to Tampa and Gainesville in Florida and the Buffalo-Niagara region of New York.Â  Now, as the nation emerges from the COVID-19 pandemic that drove national unemployment rates to historic highs and the need for workers to upskill and stay in stride with the accelerating pace of technological change has grown, UpSkill Houstonâs model for employer engagement is being exemplified in a new workforce development playbook designed to help local leaders across the country develop successful programs for workers who do not hold four-year bachelorâs degrees.Â  âA New Path Forward: Place-Based Solutions for a Stronger Workforce Ecosystem,â released by Accelerate for America, a non-profit consortium of mayors, labor and business leaders, and urban and economic development experts, presents four actionable best practices for local leaders and stakeholders to follow as they develop their own workforce ecosystems. The playbook calls for a demand-driven approach to workforce development placing employers central to closing the existing gaps between their workforce demands and workersâ employment needs and inequities that have only widened during the pandemic. The guide features Bryant Black, the Partnershipâs director of regional workforce development, along with a case study describing how UpSkill Houston followed the U.S. Chamber of Commerce Foundationâs Talent Pipeline ManagementÂ® strategies to convene industry councils addressing workforce struggles and successes and to codify the competencies in highest demand. The councils also connect individuals whose work intersected but might not otherwise have had opportunities to collaborate. The feature also highlights UpSkill Houstonâs intentional shift to a skills-based approach for these convenings to align competencies that cut across industries, and its focus on developing career pathways and upskilling progressions through employer-trainer partnerships. Other programs highlighted include digital skills education company General Assembly, the Markle Foundationâs career coaching-focused Skillful initiative, and Opportunity@Workâs talent marketplace for individuals skilled through alternative routes (STARs) (as opposed to through four-year bachelorâs programs), with additional insights provided by former President Barack Obama, Vice President Kamala Harris, and first lady Dr. Jill Biden.Â  Peter Beard, Partnership senior vice president of regional workforce development and UpSkill Houstonâs leader, is featured in an accompanying playbook video.Â  See Accelerator for Americaâs workforce development playbook âA New Path Forward.â UpSkill Houston is an employer-led initiative of the Partnership that mobilizes the collective action of more than 200 critical stakeholders to strengthen the pipeline of skilled workers that employers need and to create better pathways to opportunity and prosperity for all Houstonians. Learn how. Â  ### Greater Houston Partnership The Greater Houston Partnership works to make Houston one of the best places to live, work and build a business. As the economic development organization for the Houston region, the Partnership champions growth across 11 counties by bringing together business and civic-minded leaders who are dedicated to the areaâs long-term success. Representing 1,000 member organizations and approximately one-fifth of the regionâs workforce, the Partnership is the place business leaders come together to make an impact. Learn more at Houston.org.
Read More

The Greater Houston Partnership will host a conversation on business and tourism opportunities between Houston and Mexico, including Houston First Corporation's "Hola Houston" campaign. Speakers include: …