About
/
Board of Directors
/
Andrew L. Waite 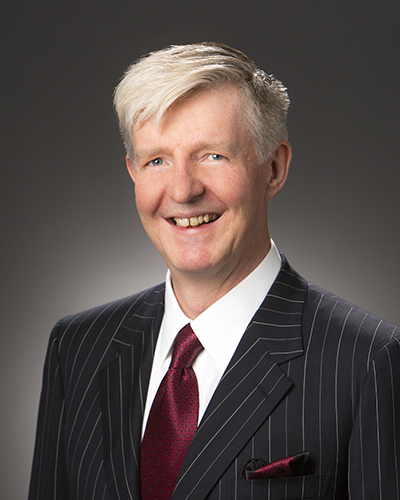 Andy began a 35-year career in energy after earning a BSc degree with First Class Honours in Civil Engineering from England's Loughborough University of Technology and a MS degree in Environmental Engineering Science from California Institute of Technology (Caltech). He worked initially with the Royal Dutch/Shell Group in a variety of technical and operating roles for companies in the Netherlands, Egypt, U.S. and Norway. Andy then attended Harvard Business School, where he earned an MBA with High Distinction and was elected a Baker Scholar. He served as Vice President of Simmons & Company International before joining SCF in 1995.
Andy shares responsibility for the overall strategy and direction of SCF's activities and has specific responsibility for the firm's international operations and investments. He currently serves on the Boards of Forum Energy Technologies, Nine Energy Service, National Energy Services Reunited Corp., MPC Kinetic Holdings Limited AND Contract Resources Group Holdings Pty Limited.
Andy is committed to playing a role in the community and focuses on education matters. He serves as a Director and is past Co-Chair of the Board for Literacy Now, a non-profit providing literacy intervention services to at-risk children in low income neighborhoods. Andy also serves as a Board Member of the Greater Houston Partnership and as Chairman of its Public Education Advisory Committee. In addition, he serves on the Board of Trustees for the Houston Museum of Natural Science and is a past Vice President of the Board of the Harvard Business School Alumni Association.