About
/
Board of Directors
/
Jamey Rootes 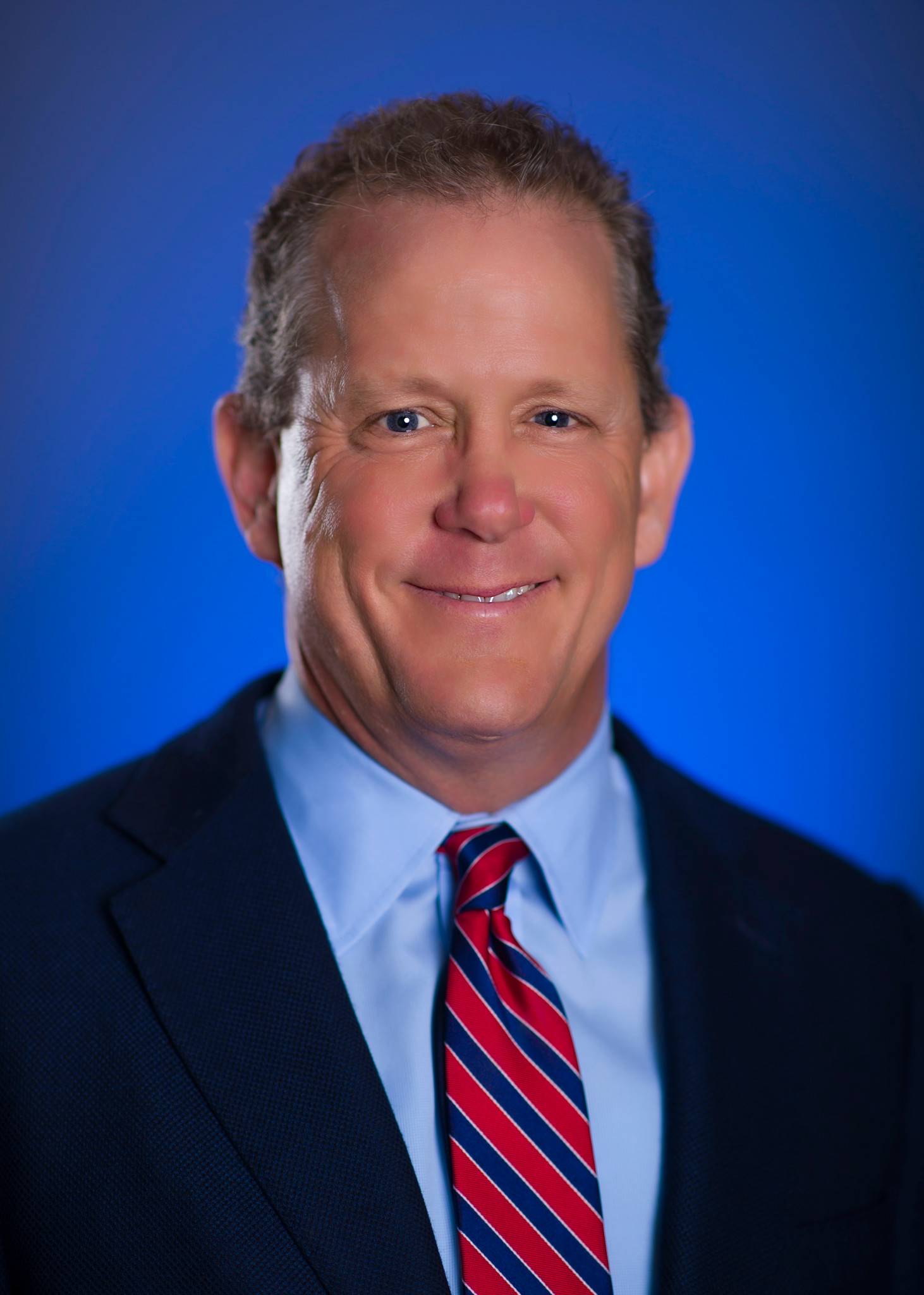 Jamey Rootes has been one of Houston's leading executives for more than two decades. He currently serves as President of the Houston Texans and is responsible for all business functions of the club.

Since joining the Texans, Rootes has overseen the team's efforts to secure stadium-naming rights and sponsorship, coordinated radio and TV broadcasting relationships, engineered the club's successful ticket and suite sales campaigns, led the creation and launch of the team's identity and developed the team's highly acclaimed customer service strategy.

Under Rootes' leadership, the Texans have earned many distinctions, including numerous "Crystal Awards" for marketing excellence. J.D. Power & Associates recognized the team for providing the best fan experience in the NFL and even featured the Texans as a service success story in their book entitled "Satisfaction." The Texans were also recognized with SportsBusiness Journal's PRISM Award, which is given annually to the top major professional sports team based on business excellence criteria. In 2019, the Texans extended their sellout streak to 185 consecutive home games - a Houston NFL record and a testament to the quality of service and entertainment provided by the organization on gameday.

As a result, the Texans have consistently been recognized as one of the most valuable professional sports franchises both in the NFL and globally, as measured by a variety of business publications. He also serves as President of Lone Star Sports & Entertainment (LSSE), a sports management agency associated with the Texans. LSSE has been a catalyst for some of Houston's most significant sporting events. LSSE created and now manages the Academy Sports + Outdoors Texas Bowl, Houston's annual college football bowl game, and an annual college football game, the AdvoCare Texas Kickoff. In addition to college football games, Rootes also oversees the production of many soccer games put on by LSSE such as COPA America in 2016, the Manchester Derby in 2017 and an International Champions Cup match between Real Madrid and Bayern Munich in 2019. SportsBusiness Journal twice selected Rootes as a member of its distinguished "Forty Under 40" list of leading sports executives, and in 2014 Rootes was named a finalist for Executive of the Year by the Stadium Business Awards. In 2016, he was selected as the first-ever Houston Business Journal's Business Person of the Year after serving as chairman of the Greater Houston Partnership.

Rootes served on the Super Bowl Host Committees in 2004 and 2017 and was also appointed deputy chairman of two public boards for Super Bowl LI. Rootes led the efforts in securing the Texans appearance on Monday Night Football in Mexico for the first time in NFL history and elevated Houston's visibility on an international scale.

As the Board Chairman of the United Way of Greater Houston and a board member of the Greater Houston Partnership, Rootes maintains an active role in the community. He also oversees the activities of the Houston Texans Foundation, whose mission is to be "Champions for Youth," which has donated more than $32 million since its inception in 2002 through annual fundraising events, disaster response programs, the team's United Way campaign and partnerships with nonprofit organizations on gameday. Following the devastation of Hurricane Harvey, Rootes worked with the league office, NFL teams, the United Way and others to raise funds for those affected by the storms. In total, all NFL-related entities donated over $50 million for Hurricane Harvey relief and recovery along the Texas Gulf Coast. Prior to joining the Texans, Rootes helped to launch Major League Soccer as the president and general manager of the Columbus Crew. During his tenure, the Crew was consistently among the league's strongest teams both on and off the field, and Rootes was recognized as MLS's Executive of the Year in 1996 and Marketing Executive of the Year in 1999. Rootes helped lead the construction of Crew Stadium in 1999, which was the first stadium of its type in the United States. This facility earned distinction as America's Foremost Sports Facility of the Year and led to the development of numerous soccer-specific stadiums across the United States over the past decade, including BBVA Compass Stadium in Houston.

Rootes previously held positions at IBM and Procter & Gamble before entering sports. He lives in West University with his wife, Melissa, and their children, Chris and Caroline.