About
/
Board of Directors
/
Scott McClelland 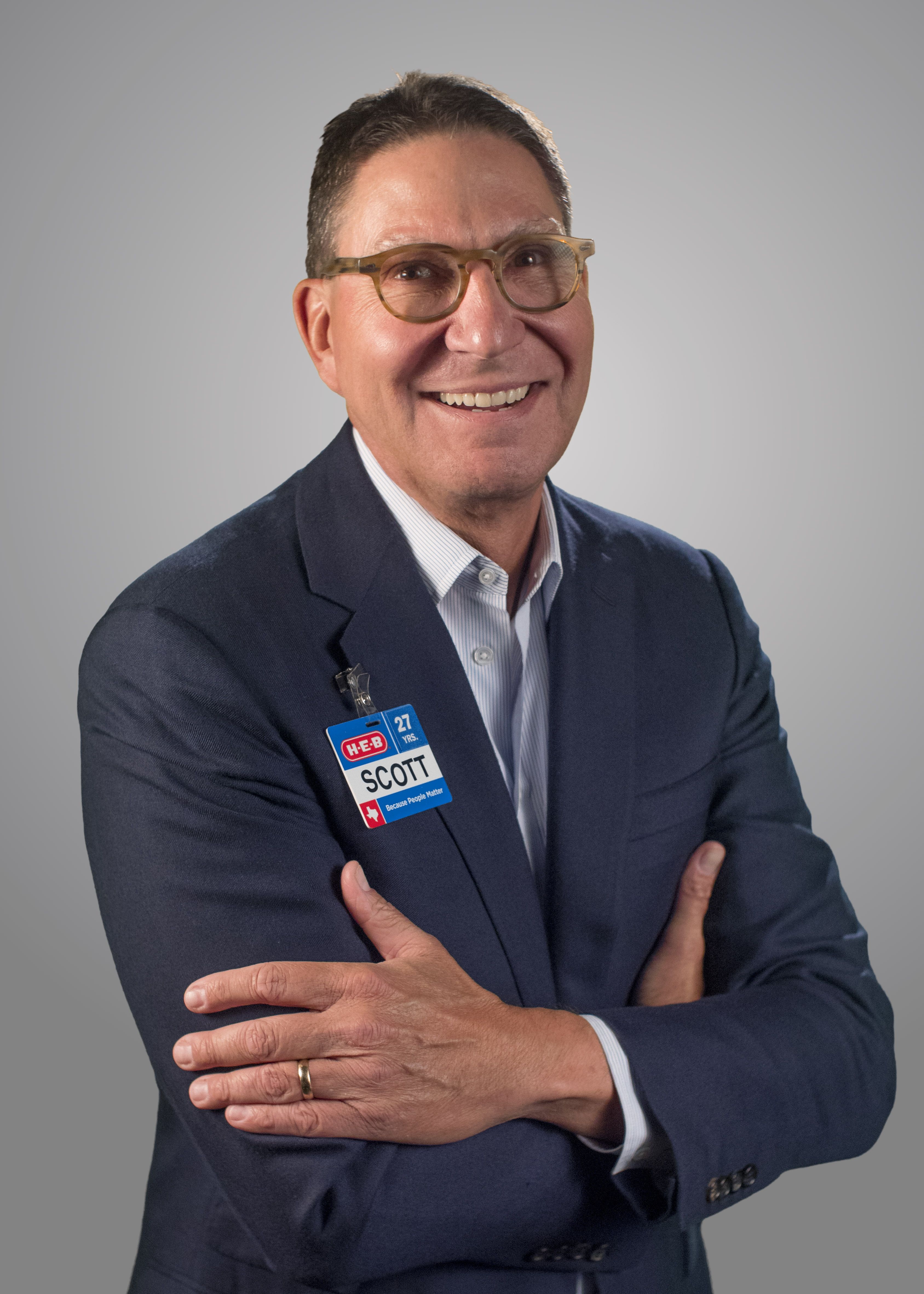 Scott McClelland is the President of H-E-B Food/Drug Stores. H-E-B is a $25B retailer that operates 390 stores in Texas and Mexico. In his capacity Scott oversees the operations of all HEB banners in Texas. Previously McClelland served as President of HEB's Houston operation. Under McClelland's leadership, H-E-B grew from an 11% to a market leading 27% share by opening larger stores with a heavy emphasis on low prices, locally sourced products and tailored assortment based on the neighborhoods around each store. Known as the "H-E-B Guy", Scott is the local face for H-E-B starring in TV commercials along with JJ Watt, Craig Biggio and other local notables. McClelland was H-E-B's Chief Merchant and led different marketing roles after being hired as the Region Vice President in Central Texas in 1990. H-E-B strives to be a good corporate citizen and as such Scott serves on numerous local boards, including the Greater Houston Partnership where he serves as the Chair on the Board of Directors. Scott is the former board chair of the Houston Food Bank and headed their $56mm capital campaign to fund the construction of the largest food bank warehouse in the United States. Scott spearheaded Houston Super Bowl of Caring Food Drive, which is now the largest in the state and annually collects over 2 million pounds of food for Houston's hungry. In addition, he sits on the boards of Memorial Hermann Hospitals and Brighter Bites. In 2017, McClelland co-founded an education based non-profit called Good Reason focused on improving education for ALL students across Harris County from cradle to career by eliminating achievement gaps. Scott has worked at H-E-B since 1990 after a ten-year career at Pepsico's Frito Lay division. He served in a number of Marketing and Operations positions before being named President of all H-E-B stores in July 2017. McClelland received his bachelor's degree in Business Administration from the University of Southern California and graduated from Harvard's Advanced Management Program.