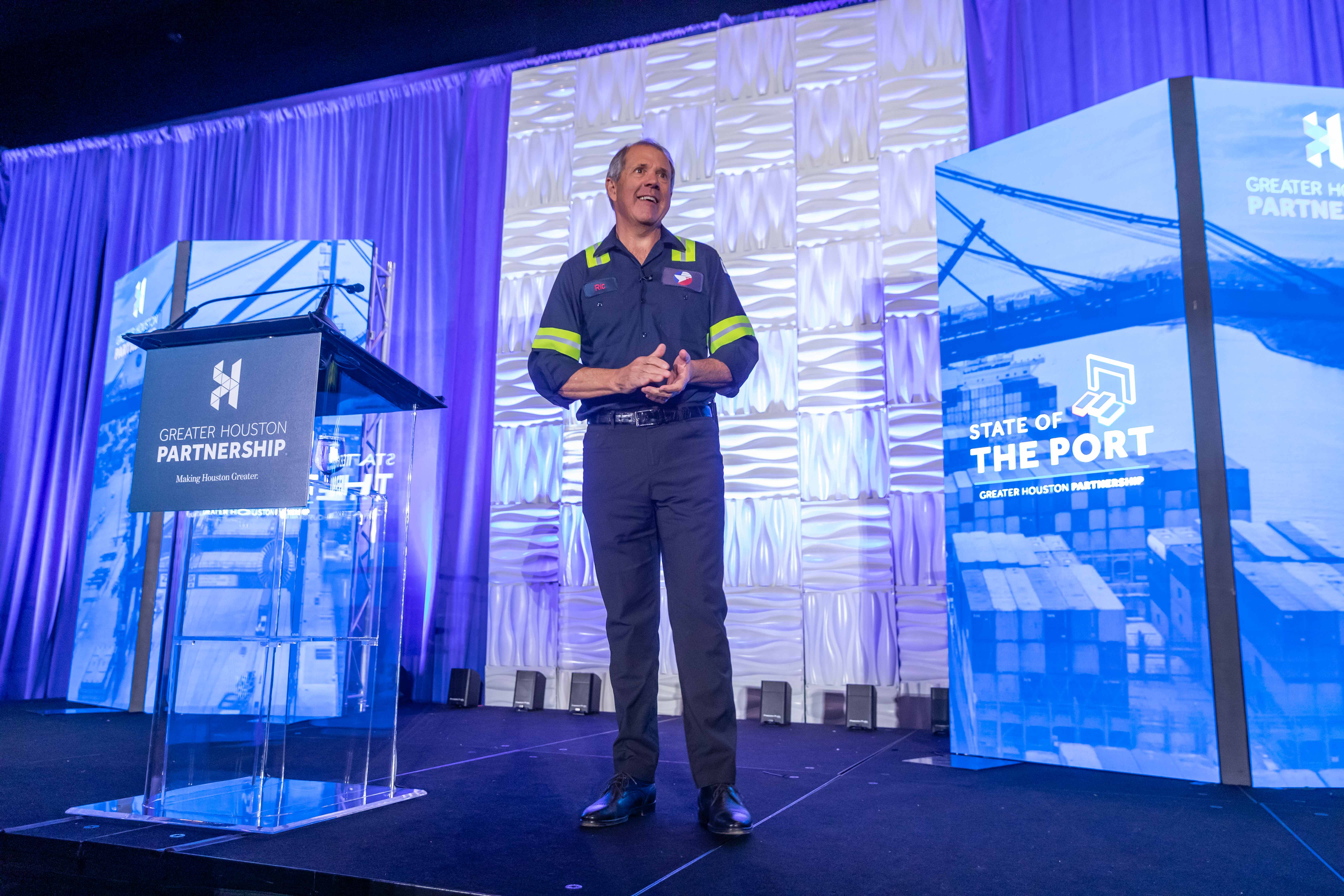 The Greater Houston Partnership welcomed business community members from around the Houston region at its first major, in-person event since the pandemic — the 2021 State of the Port. During the October 5 event, Port Houston Chairman Ric Campo discussed how the Port performed through the pandemic, the current economic climate, and port's vital role in the Houston economy.

Campo said that the Port saw 16% more containers processed at its terminals in January through August 2021 than in 2020. August was the Port's highest month ever for a total number of containers — measured in twenty-foot equivalent units or TEUs — and loaded import TEUs. The 29% jump in total TEUs in August year over year marked the sixth straight month of double-digit percentage increases for the port.

"There is no magic bullet or pill or whatever to solve the supply chain issue," Campo said. "It just has to work itself out over time. This problem is COVID related, for sure, but there are lots of other pieces of the equation that caused that backup long-term." He went on to say supply chain issues could persist through at least 2022.

"Ultimately, however, people make the difference in the success of the Port of Houston," Campo said as he saluted the continued commitment of the Port's employees, partners, and channel users.

As for the $1 billion Houston Ship Channel expansion project called Project 11, Campo said the Port is on track to review bids for the first dredging contracts at the Port Commission's October meeting. He shared that Port Houston fully expects the winning proposal to balance environmental, economic, and social issues in the best way for the entire community.

"This is the fastest a project of this magnitude has ever moved in America, and it's because of the people and partners who are getting it done by working and doing the heavy lifting together," he said of Project 11.

Campo's stressed Port Houston's responsibility for creating a long-term legacy of economic impact by creating jobs and investing in infrastructure to ensure competitive opportunities for the region, Texas, and the nation.